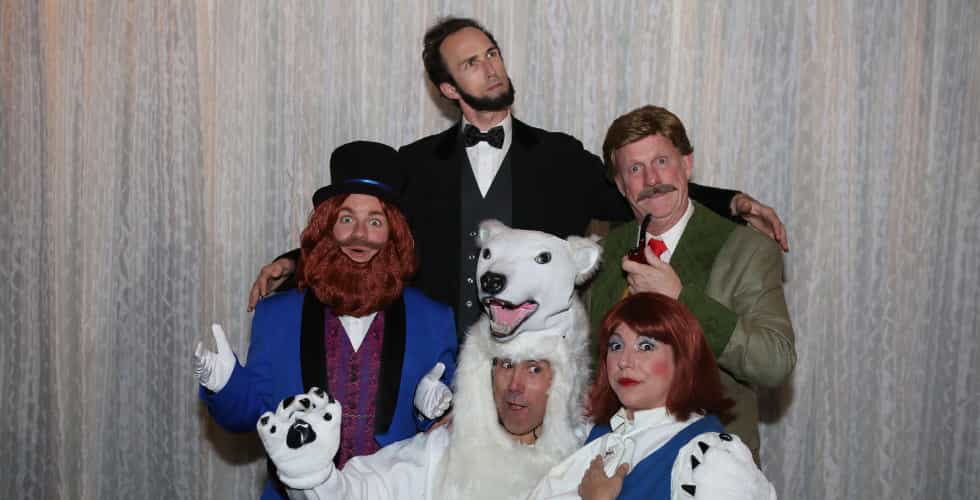 ‘The Animatronicans’ are returning to Orlando in April 2018 with a newly updated edition of their hit Disney satire.

Walt Disney World has seen some major changes since the theme park satire The Animatronicans debuted at the 2016 Orlando Fringe Festival, so the critically acclaimed comedy is returning in April 2018 with newly updated material.

Jeff Jones’ award winning comedy The Animatronicans is centered on the lives of four theme park animatronic characters living together in a home off property from the parks. The original show won the Patron’s Pick at the 2016 Orlando Fringe Festival and the Critic’s Choice award for Best Comedy Play, and was later reprised at the Parliament House. An updated version of the play will premiere at the Footlight Theatre at the Parliament House on April 7, 2018, and run through April 21. 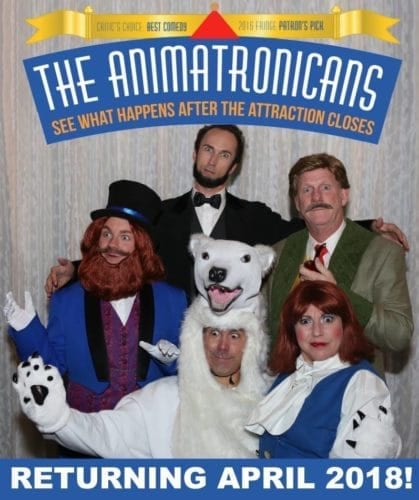 The Animatronicans is a sitcom style show that follows the adventures of theme park animatronic characters from current and closed attractions, allowing viewers to see what happens when the parks close and everyone, living and mechanical, goes home for the night. President Abraham Lincoln (Josh Siniscalco), Journey in to Imagination’s Dreamfinder (Jeff Jones), now closed Maelstrom’s Polar Bear (James Keaton) and Carousel of Progress’s John (Doug Ba’aser) share a private home in Windermere. Their identities have been unknown to their neighbors for years until one day when a journalist from the human world (Janine Klein) knocks on their door and turns their magical world upside down. The Animatronicans was written by Jeff Jones (Welcome to Hell, Hell Freezes Over, Little Miss Fringe Festival) and directed by Fringe veteran Michael Wanzie (The Lion Queen and the Naked GoGo Cub, Wanzie with a Z).

The play will be performed at Footlight Theatre at the Parliament House Orlando on Saturdays, April 7, 14 and 21, at 8 p.m.; and Monday, April 16, at 8 p.m. Tickets go on sale January 11, and cost $15 for general admission if purchased in advance, or $20 on the day of the show. For more information, visit parliamenthouse.com or jeffjonescomedy.com.

Magic Kingdom to serve alcohol for the...