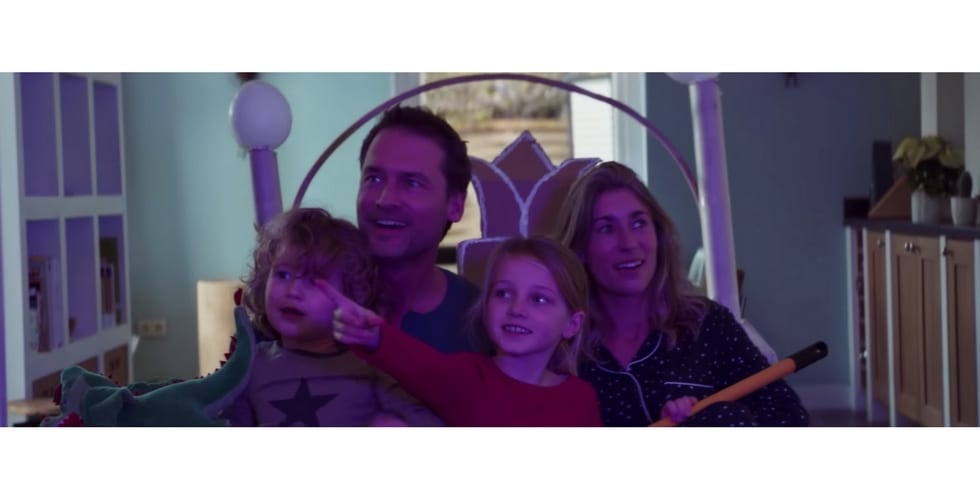 In this heartwarming holiday ad, a little girl brings the magic of Netherlands theme park Winter Efteling home with a little imagination.

Having post-theme-park-blues can be hard, almost as tough to get through as post-holiday-blues. In a new holiday ad by Winter Efteling, they present a possible solution to both.

Winter Efteling is the largest theme park in the Netherlands. Like the usual holiday advertising you see this time of year, this long-form bit tells the story of a family trying to get back to their normal life after visiting the park. They aren’t successful – life speeds back up, and everyone feels stressed out and disappointed.

That’s when an idea sparks in their daughter’s mind: Why not recreate Winter Efteling at home for the holidays?

The little girl goes on to build the Christmas-themed equivalent to Disneyland’s “It’s a Small World,” with cardboard sets, lighting, characters, a slow-moving tour vehicle, and somehow, even closing photography to memorialize the experience.

The concept for the advertisement was created by Wefilm, and was directed by Zara Dwinger, with music from René Merkelbach. The commercial was created very quickly, and had a tight turnaround of a deadline before airing.

“The complete video was created in a very short amount of time,” van de Rijdt said. “The concept was presented on Nov. 2, filming took place in two days on Nov. 30 and Dec. 1, and the video was released on Dec. 14! Further, there was a lot of fun creating the cardboard and stuffed animal versions of Efteling.”

Check out the Winter Efteling holiday ad, “Time for Each Other,” below:

‘Art of Coloring: Maps of the Disney...