Suit up for ‘Incredibles 2’ sneak peek coming to Disney Parks 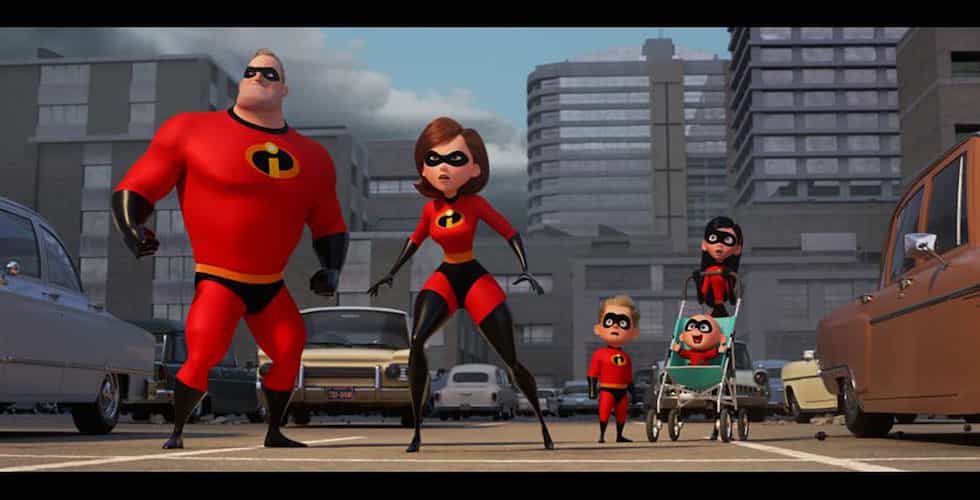 A sneak peek of the new Disney/Pixar film, “Incredibles 2,” is coming to Disney’s Hollywood Studios and Disney California Adventure.

Grab your Super Suits, because a sneak peek of Disney/Pixar’s “Incredibles 2” is coming to Disney California Adventure park and Disney’s Hollywood Studios.

Guests to these two parks will be among the first to catch an exclusive look at the first ten minutes of the film during the sneak peek, which will begin showings in both parks on May 18.

Guests at Disney’s Hollywood Studios will be able to experience the sneak peek at the Walt Disney Presents theater. Over at Disney California Adventure park, the sneak peek will be presented in 3D with in-theater special effects at the Sunset Showcase Theater.

In “Incredibles 2,” Helen Parr (Holly Hunter) is called upon to lead a campaign to bring Supers back to their heroic duties, while her husband Bob (Craig T. Nelson) tries to navigate the heroics of “normal” life at home with children Violet, Dash and Jack-Jack – whose super powers are close to being discovered.

The mission is derailed when a new villain emerges with a dangerous plot that could threaten everything. But this family of Incredibles never shies away from a challenge, especially with their friend Frozone (Samuel L. Jackson) by their side.

This sneak peak of “Incredibles 2” is just one of many incredible new offerings coming to the Disney Parks this summer. The Incredicoaster will open with Pixar Pier at the Disneyland Resort on June 23, and guests will join the Parr family in a race to catch baby Jack-Jack.

In addition to Pixar Pier, guests can already experience Pixar Fest, a limited-time festival of friendship with new nighttime celebrations and your favorite Pixar characters.

Walt Disney World will begin their Incredible Summer on May 25 with exclusive offerings, including an Incredible Tomorrowland Expo, where guests can celebrate all things super with Mr. Incredible, Frozone and, for the first time ever, Edna Mode with a “Super” dance party on the Rocket Tower Stage.

Check out the official trailer for “Incredibles 2” below, as well as a special message from film star Samuel L. Jackson about the upcoming sneak peek:

What to do if you encounter an alligator in the wild