Travel back to the days of Captain Jake’s Amity Boat Tours at Universal Studios Florida with the new tribute book, “Adventures in Amity: Tales from the Jaws Ride” by Dustin McNeil. 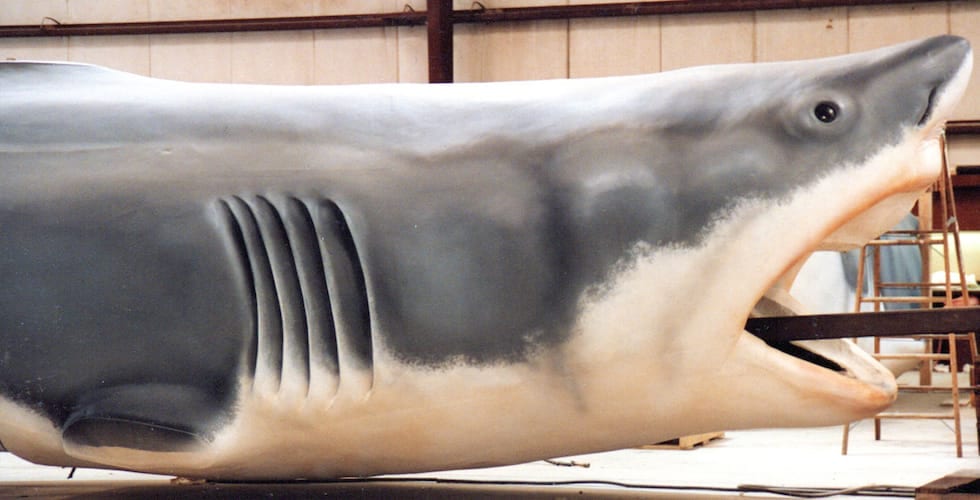 Exclusive, never-before-seen photo from the book: One of the freshly painted latex shark skins before being installed onto the shark armature for the 1993 version. Photo courtesy of Luke Sawh.

This book holds over 30 new interviews with the classic ride’s designers, engineers, and skippers as they give insight into the attraction’s creation and operation. 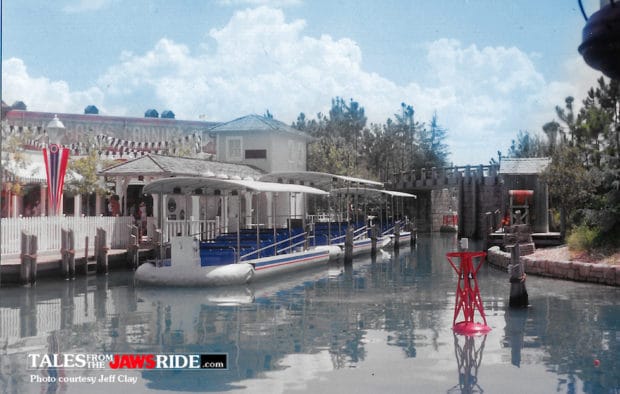 A view of the ride’s unload dock circa 1990. Pictured are the original ride vehicles, which featured deflatable pontoon bumpers that the shark would bite onto and pop.

With an introduction by J. Michael Roddy, a member of the entertainment industry for over 25 years, the book also includes: 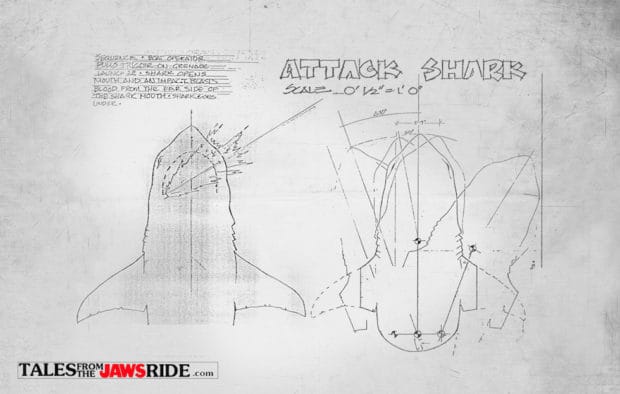 Concept artwork for the 1993 version’s kill shark that chomps down onto the electrical cable.

“Dustin McNeil has written the all-encompassing history of the ride,” said Roddy. “His enthusiasm and attention to detail are obsessive in the best possible way.” 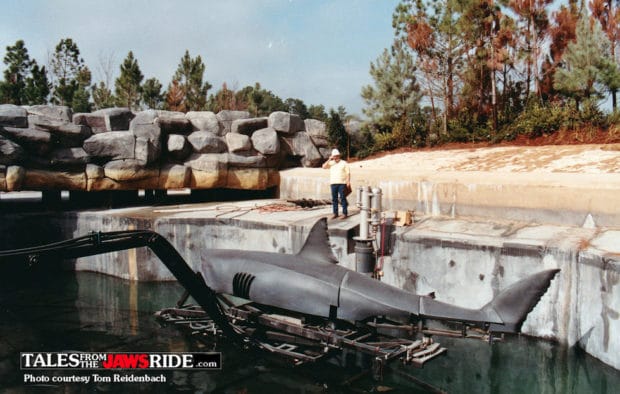 Architect Tom Reidenbach inspects one of the original 1990 sharks before the park’s official opening.

This comprehensive tribute to the Jaws attraction is written by McNeill, a lifelong theme park enthusiast primarily known for his work on the horror genre. His other works include “Phantasm Exhumed: The Unauthorized Companion” and “Slash of the Titans: The Road to Freddy vs. Jason.”

To learn more about “Adventures in Amity: Tales from the Jaws Ride” and to purchase your own copy, visit TalesFromTheJawsRide.com.

Check out our video of the last-ever public Jaws ride at Universal Studios Florida below: