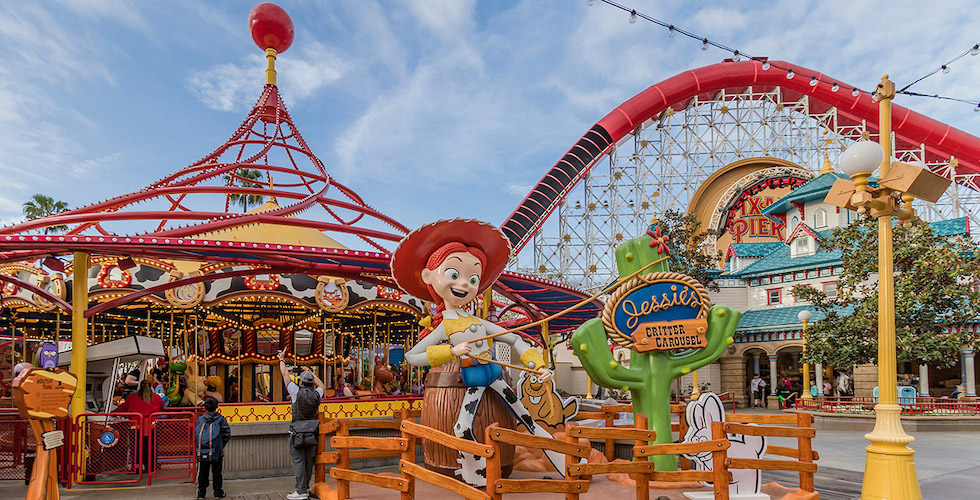 The rootinest, tootinest attraction is now open in Pixar Pier.

This giant toy carousel features the famous yodeling cowgirl herself, plus a bunch of cute critters inspired by the “Toy Story” films. Guests can saddle up on a snake, armadillo, turtle, bunny, and many other critters from the world of Woody’s Roundup.

You can find Jessie’s Critter Carousel in the Toy Story Boardwalk neighborhood of Pixar Pier, which celebrates the stories and characters from many Disney/Pixar films.

To learn more about other Pixar Pier attractions and offerings, visit Disneyland.com.

Disney’s Easter taking over both parks at Tokyo Disney Resort