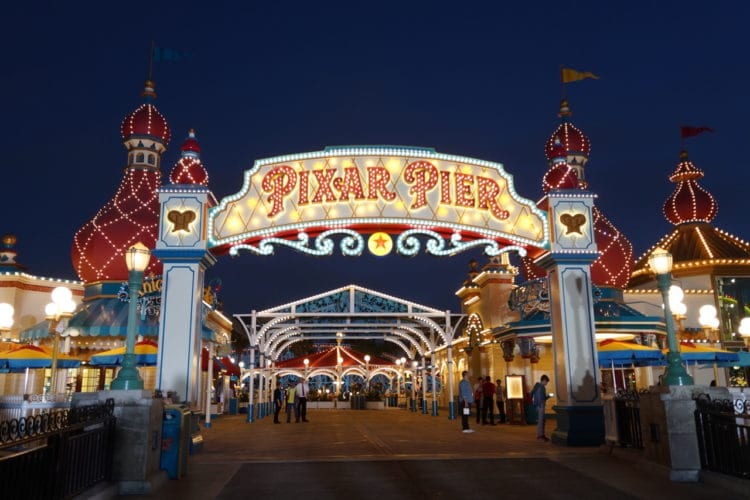 The Incredicoaster is now open, along with other attractions on the new Pixar Pier at Disney California Adventure.

Characters from Toy Story, the Incredibles, and other computer-animated classics have a new place to call home, now that Pixar Pier and the Incredicoaster are open at Disney California Adventure.

Following a media preview and exclusive after-hours event, the Incredicoaster and many other elements of Pixar Pier officially opened to guests at Disney California Adventure on Saturday, June 23, 2018.

Pixar Pier (which was originally known as Paradise Pier) has taken the southernmost portion of the Anaheim theme park and transformed it from a quaint Victorian seaside resort, into a colorful gathering spot for Pixar pals. The land is divided into four “neighborhoods,” each featuring different Pixar franchises.

The Incredicoaster, which opened with the park in 2001 as California Screamin’, serves as the centerpiece for Pixar Pier. The 6000+ foot long steel coaster now features new sound and lighting effects, along with static figures of the Parr family members (Mr. Incredible, Elastigirl, Violet, and Dash), as they try to recapture runaway baby Jack-Jack. 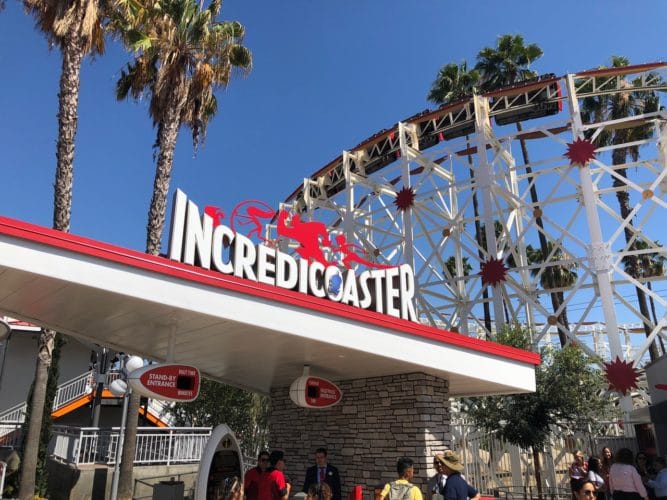 The attraction begins in the mid-century modern loading station of the coaster, which has been rechristened to honor the Parrs’ heroics. With Edna and Jack-Jack being too short to ride the Incredicoaster, they have to wait for the rest of the Incredibles inside the VIP inauguration lounge.

Things go awry, however, when the unpredictable Jack-Jack vanishes from Edna’s not-so-watchful eye. Straight away, Dash sprints into action in an attempt to catch Jack-Jack, launching guests on the adventure with him. As the coaster zooms through the first tunnel, Jack-Jack shoots blue laser beams from his eyes and Dash uses his super speed to avoid being hit.

During the climb into the second tunnel, guests find that Elastigirl has jumped in to assist. Stretching herself flat against the tunnel walls, she reaches out with both arms in an attempt to grab her baby boy. Then the aroma of chocolate chip cookies wafts through the tunnel and, as the coaster plunges downward, guests see that Mr. Incredible has punched through the side of the tube holding a cookie to lure Jack-Jack out of another dimension. 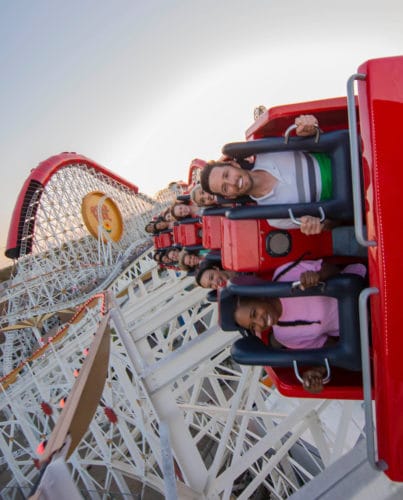 In the third tunnel, guests find Jack-Jack joyfully aflame. Violet jumps in to save the Incredicoaster riders by shooting her purple force field up the tunnel, shielding guests from the raging fire. As the coaster zooms safely out of the tunnel, it sprints over a series of humps, and guests see a cluster of Jack-Jacks in mid-air, giggling and multiplying.

As riders circle through the final helix, they hear the voice of Edna Mode telling the family that Jack-Jack has returned to her, safe and sound. As the track straightens out, riders return to spot a super-sized Jack-Jack being lured by a big cookie. 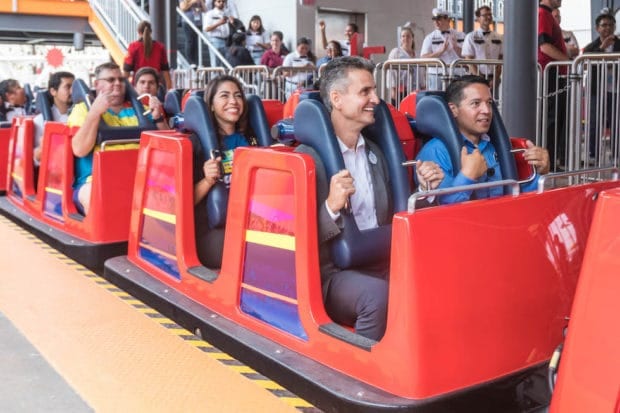 Pixar Pier Cast Members, alongside Josh D’Amaro, president of the Disneyland Resort, were the first to experience this new attraction ahead of the land’s opening as a Cast Exclusive preview.

You can see our full POV of the Incredicoaster here:

Full Incredicoaster POV ride through from The Incredibles in Pixar Pier

Also reopening with Pixar Pier is the Pixar Pal-A-Round, formerly known as Mickey’s Fun Wheel. The 24 gondolas on this classic ferris wheel — which come in swinging and non-swinging varieties — have been repainted with the faces of a variety of Pixar characters, and additional shade has been added to the queue, but otherwise this attraction is essentially unchanged. 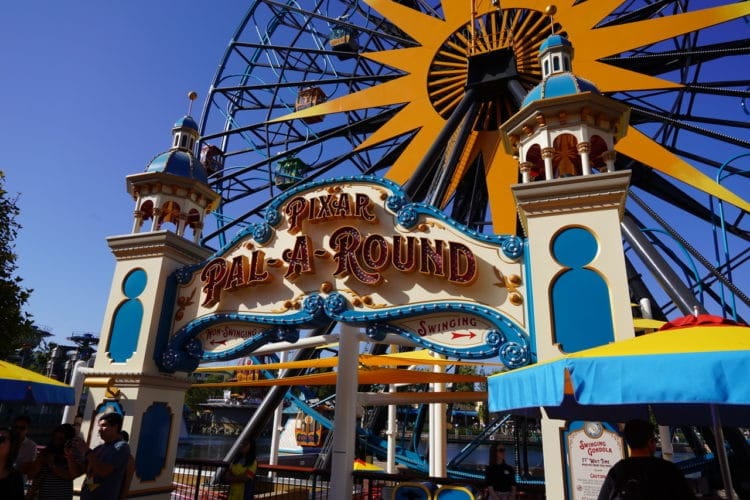 The popular Toy Story Midway Mania ride was also briefly closed during the transformation of Paradise Pier into Pixar Pier, but is now welcoming guests once again. 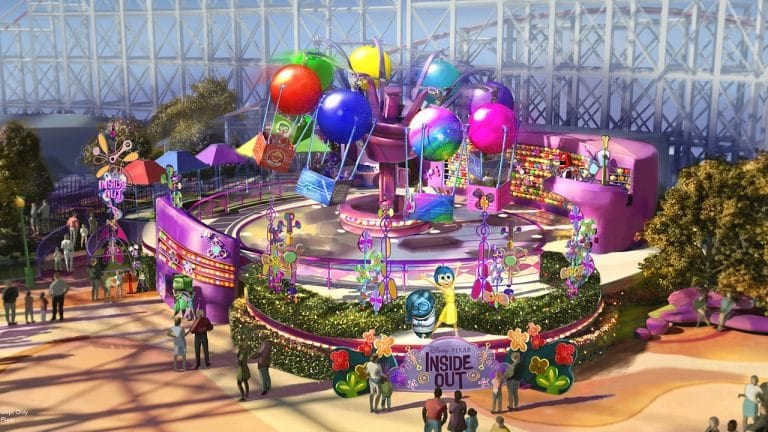 Two additional rides are scheduled to join Pixar Pier in 2019. Jessie’s Critter Carousel is a reimagining of the Little Mermaid-inspired King Triton’s Carousel, which will feature Buzz & Woody’s favorite cowgirl in the form of an oversized statue. And when a bug’s land closes later this year, the Flik’s Flyers kiddie spinning ride will be relocated to the old Maliboomer plot at Pixar Pier’s western end, and rethemed as the Inside Out Emotional Whirlwind. 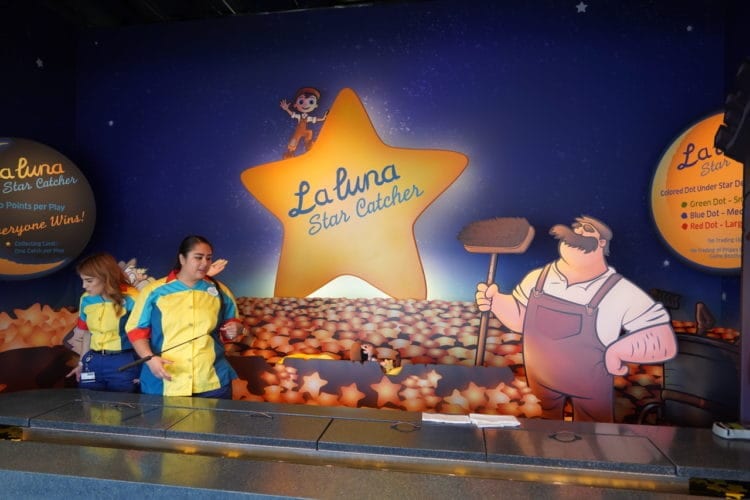 Guests can also pass the time on Pixar Pier playing the carnival games. All the games and their accompanying prizes have been rethemed around Pixar characters, including Heimlich from a bug’s life, Wall-E and EVE, and even La Luna.

With the opening of Pixar Pier came the debut of Lamplight Lounge, the new bar and restaurant that replaces Ariel’s Grotto and the Cove Bar. The roving princesses are gone, and character meals have been replaced with craft cocktails and gastropub “small plates” served inside a hip industrial tribute to Pixar’s animators. Look for “Easter Egg” tributes to Pixar employees and projects hidden throughout the venue, most notably in the centerpiece chandelier made of concept sketches. 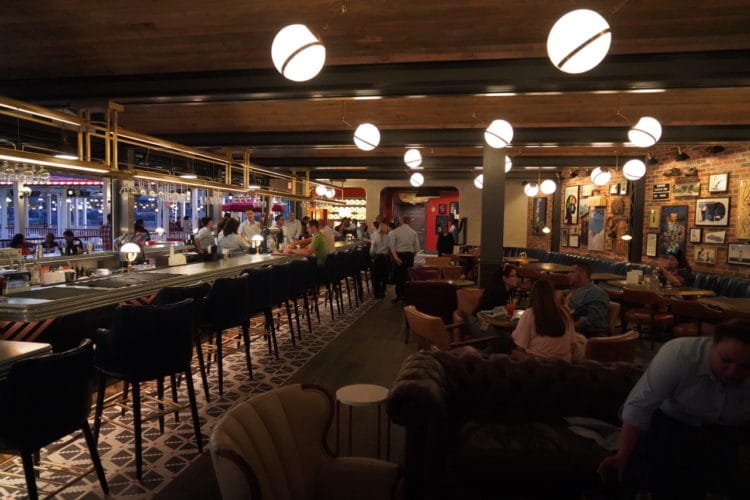 Take a look around the Lamplight Lounge in this video: 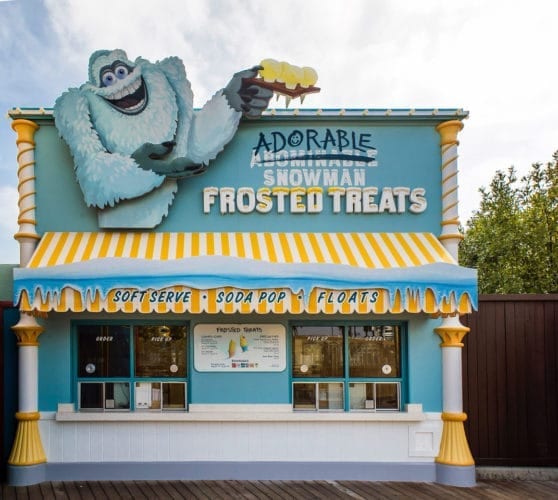 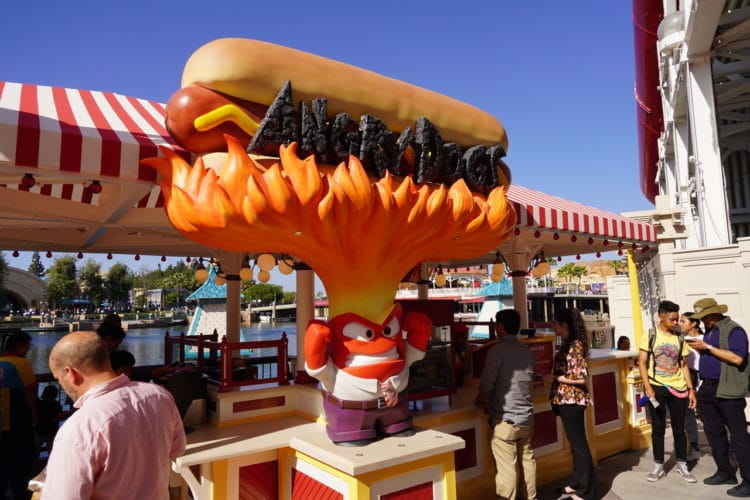 Along with the opening of Pixar Pier came the premier of TripleDent Gum presents The Pixarmonic Orchestra. This seven-piece band will perform songs from Pixar movie soundtracks in an upbeat musical style at the Pixar Pier bandshell. The group performs a repertoire of songs using traditional instruments, as well as unconventional music makers such as cowbells, kazoos, duck calls, sirens and slide whistles. 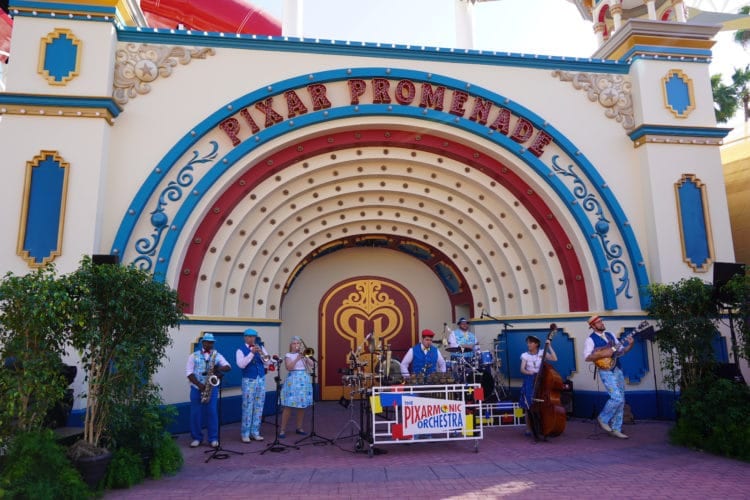 In the evenings, a brand-new Incredibles-inspired float has joined the Paint the Night parade, just in time for the debuts of Pixar Pier and The Incredibles 2. The new parade float features the whole Parr clan (and their friend Frozone) in combat against the Underminer and his giant drill. 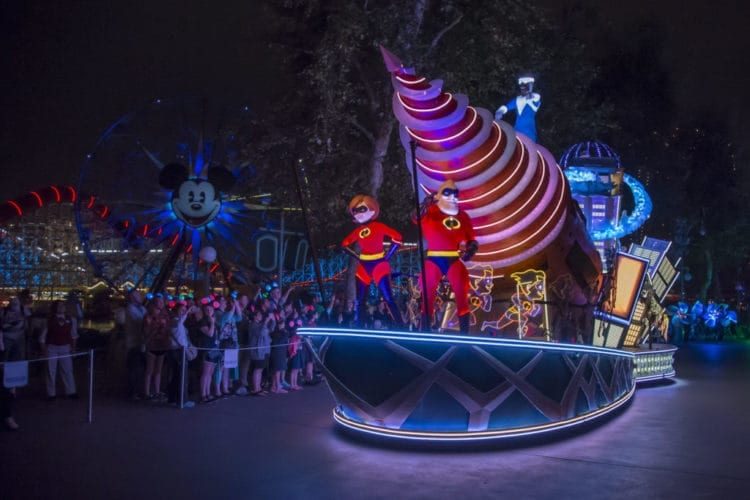 The Incredibles float is 11 feet wide, 18 feet tall, and 30 feet long. The 13 buildings on the float are created with 123 individual LED panels, and nearly 200 individually programmable lights. See the new Incredibles parade float in action in this video:

Incredibles Float in Paint the Night Parade at Disneyland

For more information about the Disney California Adventure or to book a Disneyland Resort vacation, visit disneyland.com or our preferred travel partner MouseFanTravel.com, and watch this video for an overview of the new Pixar Pier:

New experiences coming to Mickey’s Not So Scary Halloween Party

Halloween Time returns to Disneyland Resort for a...