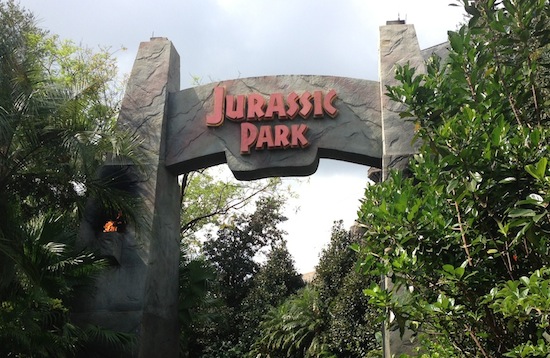 If you haven’t watched the original Jurassic Park movie recently, the new 3D version, in theaters now, is worth seeing. Overall the movie looks great in 3D and still holds up on the big screen 20 years later. 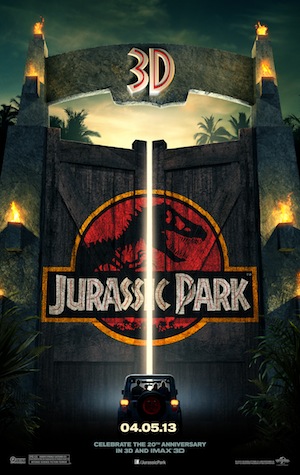 This isn’t a review of the movie itself. Most of you have already seen it. But I recently saw it in 3D with a 14-year-old friend of my son’s who had never seen it. She said she really liked it.

Overall the conversion to 3D was well done, but there were a couple of times when something looked like it was placed too far in the background or 3D was added where it shouldn’t have been. One such time was in an early scene where we’re looking at a reflection in a pond and the reflection is in 3D, as if the reflection has layers beneath the water. A pond’s reflection should be like a mirror’s reflection – flat. But the few not-so-great conversion moments are rare.

Yes the 3D makes the dinosaurs a bit scarier. But none of the 3D effects really come off the screen or pop out at you. The CGI dinos hold up well after 20 years. They look just as realistic as you remember. The story, setting and acting hold up as well. But there are a few dated things in the movie that got a laugh out of the audience in my theater, such as the “cutting edge” CD-ROM one of the kids plays with on screen.

Another unintentional laugh came when John Hammond, the owner of Jurassic Park, stated that he should have built the park in Orlando. Which of course, sort of happened at the Jurassic Park area of Universal’s Islands of Adventure theme park. If you’re as much of a frquent visitor to the park as I am, when the Jurassic Park theme song first plays in the movie, you’ll immediately picture yourself walking through the park.

If you’re in Orlando, I suggest watching Jurassic Park 3D at the AMC theater in Universal CityWalk then immediately heading to Jurassic Park in Islands of Adventure. In case you can’t make it to the park anytime soon, come back to this page after you see the movie in theaters and watch my walk through the area and ride on the River Adventure ride below:

Walk through Jurassic Park at Universal's Islands of Adventure