Universal Orlando Resort and Universal Studios Hollywood are the destinations for all things “Jurassic World” this summer, with special advance screenings, dinosaur encounters and more. 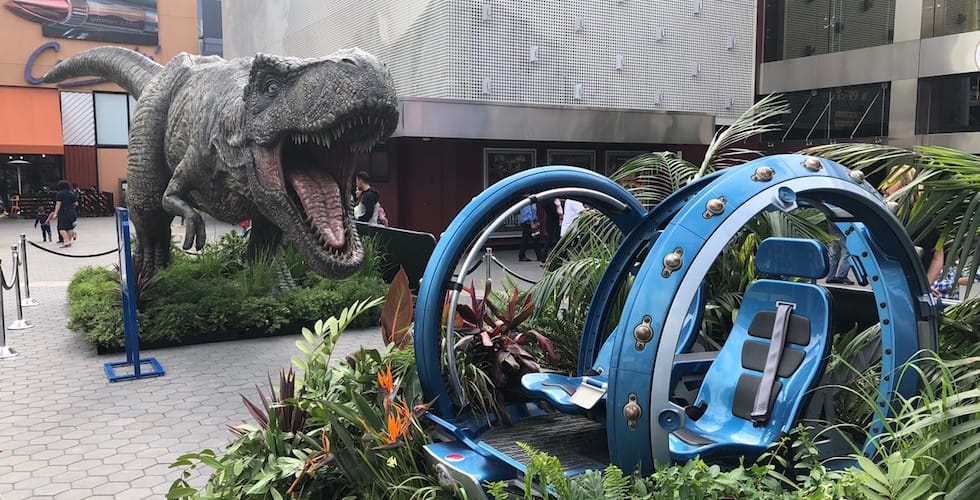 Get your “Jurassic World” fix this summer at Universal Orlando Resort and Universal Studios Hollywood.

When you purchase a double feature ticket, you can also experience the following at the theater from 1-3 p.m. that day: 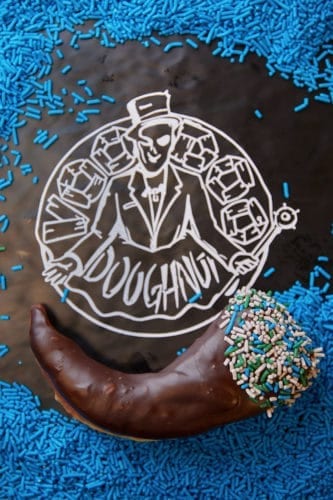 The exclusive Raptor Claw doughnut, only at Voodoo Doughnut.

Voodoo Doughnut is also getting in on the prehistoric fun, with an exclusive new Raptor Claw doughnut. Inspired by Blue, this Raptor Claw doughnut features chocolate frosting, raspberry jelly filling and blue sprinkles. This new treat is available for a limited time only, so be sure to get one before they go extinct!

Inside Universal’s Islands of Adventure, guests can come face-to-face with Blue the Raptor at the Jurassic Park Raptor Encounter. She can be friendly, but don’t get too close, as she is still a little unpredictable. A trainer will be on-hand to give guests facts about this clever girl, and make sure her meetings run smoothly.

At Loews Royal Pacific Resort, younger guests can be right in the middle of the action with special “Jurassic World”-themed kids’ suites. They can sleep in their own Gyrosphere, and be transported to the island of Isla Nublar, all from the comfort of their hotel room.

Check out our clip of the “Jurassic World” portion of the new nighttime show below:

Universal CityWalk at Universal Studios Hollywood is the place to be for “Jurassic World: Fallen Kingdom,” starting with advance screenings of the new film in six Universal Cinema theaters and in IMAX.

Screenings begin on June 21, with a special double feature starting with “Jurassic World” at 3 p.m., before the early screening of “Jurassic World: Fallen Kingdom” at 6 p.m. Tickets are available now. 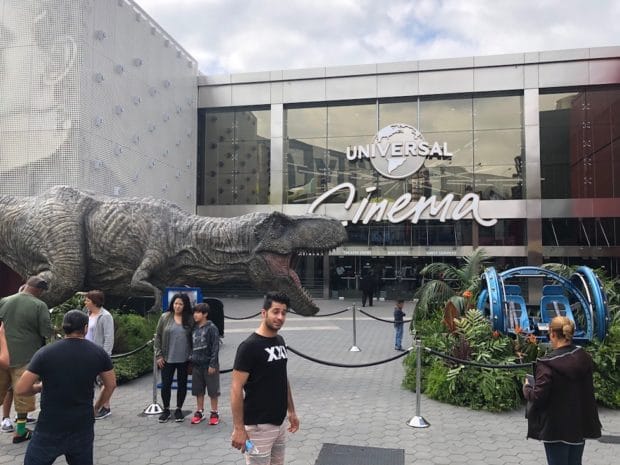 Get your photo with a life-size T-Rex at Universal CityWalk in L.A.

“Jurassic Park” fans are invited to watch this new entry in the saga, then experience it for themselves with “Jurassic Park – The Ride” at Universal Studios Hollywood before it closes for good on Sept. 3. The ride’s closing will make way for an all-new “Jurassic World” ride in 2019. Guests can also interact with Blue the Raptor from the “Jurassic World” franchise at the park’s “Raptor Encounter.”

Check out the trailer for “Jurassic World: Fallen Kingdom” below, and it hits theaters on June 22:

Electric Ocean lights up the night at SeaWorld San Antonio