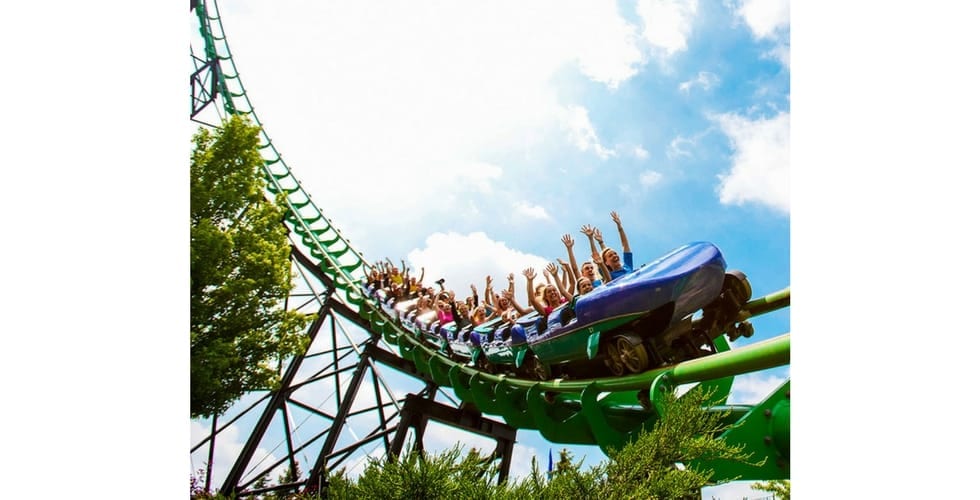 Kennywood Park is celebrating its 120th anniversary this year.

Kennywood Park in West Mifflin, Pa. is set to begin its 120th Anniversary Season on April 28, starting at 11 a.m., as part of a Season Passholder-exclusive preview weekend before opening to the public on Saturday, May 5.

The anniversary party begins with a special admission price of $18.98 on Sunday, May 6, to honor the year of Kennywood’s founding. The month of May will also host two new special events for Kennywood: a Ribs & Blues Festival during Memorial Day weekend from May 27 – 28, and Thunderbolt Week from May 28 – June 3 in honor of the 50th anniversary of the opening of The King of Coasters.

“Even in a park full of beloved, classic rides, Thunderbolt stands out,” says Jerome Gibas, general manager. “We’re excited to celebrate this epic coaster and look forward to its next 50 years of thrills.”

Along with honoring its past, Kennywood Park is planning for the future with the construction on a new attraction, Thomas Town, which is planned for a summertime opening. After test runs during Phantom Fright Nights, Sky Rocket’s virtual reality (VR) addition is ready for guests to experience.

Riders aboard Sky Rocket will be able to choose between riding the original coaster, or enhancing their experience with VR headsets to enter a new world programmed to match the movements of the roller coaster.

“While we put great value on history, tradition and nostalgia here at Kennywood, the ability to innovate and deliver the newest thrills is critical to our continuing success,” says Gibas. “Both Thomas Town and Sky Rocket VR show ways we look to stay on the cutting edge.”