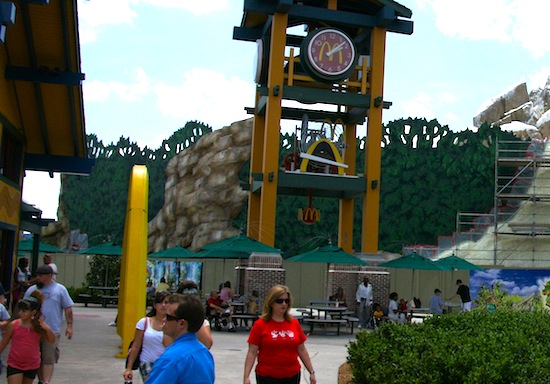 The Orlando Sentinel is reporting that the McDonald’s at Downtown Disney will be closing on April 30.

From the Orlando Sentinel:

Representatives for Disney World and McDonald’s said the exit stems from a 2004 decision to end a 10-year exclusive sponsorship agreement between McDonald’s Corp. and Walt Disney Co. The Downtown Disney restaurant was included in that agreement.

“Our alliance partners are ever-changing and this shift in our relationship with McDonald’s reflects the dynamic nature of the sponsorship business,” Disney spokeswoman Zoraya Suarez said.

McDonald’s said all of its employees at the Downtown Disney were offered transfers to other McDonald’s locations and that no one would lose their job as a result of the closure.

McDonald’s will continue to operate its restaurant near the entrance to the Disney’s Animal Kingdom theme park.

A restaurant called Pollo Campero will be opening in its place.

From the Orlando Sentinel:

Pollo Campero, an international Latin chicken quick-service restaurant chain, has partnered with Levy Campero to deliver a new restaurant concept in Downtown Disney Marketplace at Walt Disney World Resort. The restaurant, which is scheduled to open in late 2010, will feature Pollo Campero’s signature Latin cusine, as well as fresh, and healthful foods. Menu items will include Latin chicken, yuca fries, sweet plantains, and Latin drinks including horchata and tamarindo.

As strange as it may sound… this is disappointing…
For families with kids- especially if you don’t have a car to drive- it is nice to have Ol’ Mickey D’s right there to get some familiar, “inexpensive” food. After eating the cardboard-like burgers in the park for a week I always liked going there to get a McDonald’s burger. Oh well… I’m sure I’ll like the new place… but the kids won’t.