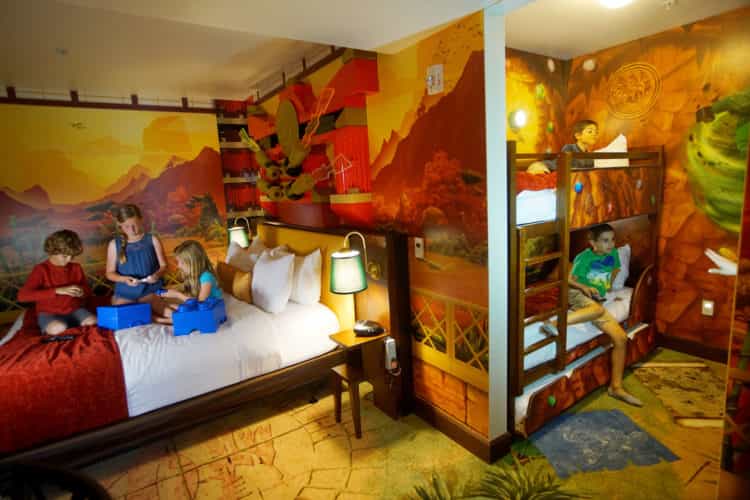 Guests can choose from 18 rooms and two suites to spend a night with Kai, Jay, Cole, Zane, Lloyd, Nya and Master Wu. Each room is filled with 11 Lego Ninjago inspired models. Kids will recognize Zane’s titanium falcon, Nya’s helmet, ninja throwing stars and a massive dragon egg all made out of Lego bricks.

Every children’s sleeping area is themed as a dragon’s cave where ninja dragons are waiting for battle and includes bunk and trundle beds. Plus, kids have their own TV, games, Lego bricks and a treasure chest hidden in what’s designed to be a bamboo passageway to the mountain temple. Parents will also sleep in ninja style as the king-size bed’s headrest includes a shrine that holds all four elemental weapons. 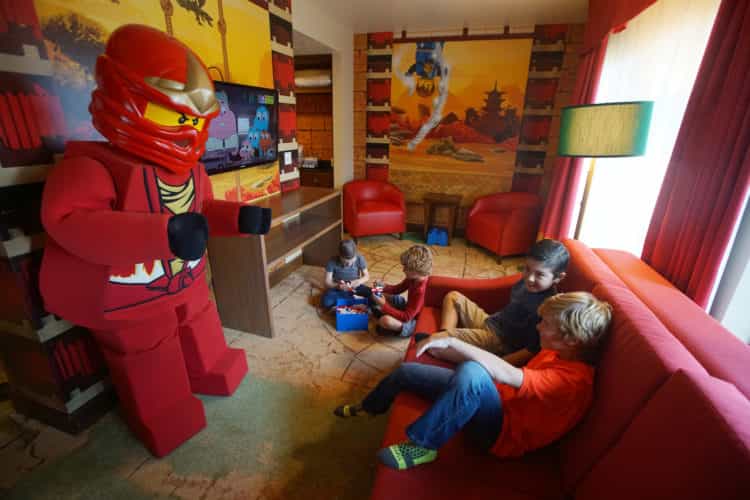 Legoland Hotel now offers guests five room options when booking their stay. Guests can choose from a Pirate, Adventure, Kingdom, Lego Friends or Lego Ninjago theme. In 2016, Legoland California opened a new land, Lego Ninjago World, featuring Ninjago The Ride, a first ride of its kind in North America that enables guests to demonstrate ninja skills by simply using their hands instead of a hand-held device.

The story behind S.E.A., Disney’s Society of Explorers and Adventurers

Easter is starting now! – The Attractions...