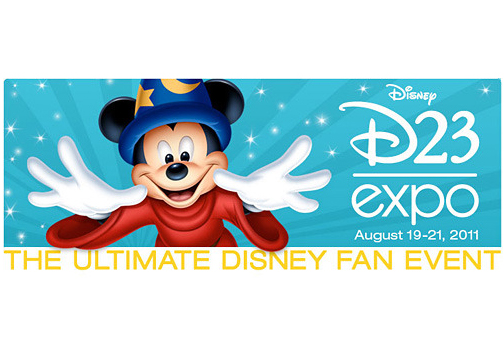 You can’t be at D23 this year? Well, we are and we’ve got you covered. Starting in one minute, we’re live-blogging the presentation that will announce all the latest Disney Parks news. From announcements about park updates and rides…you can read it all right here in this blog entry or follow our tweets at www.twitter.com/attractions

What do you think about the news? Are you excited, disappointed, or curious? I have a theory, D23 has spoiled us all…after all, they can’t announce something huge every year. So the fact that there were no new Disney World announcements will definitely make some people sad.
Your thoughts?
Email
Share
Pin
Tweet
Share
0 Shares
5 comments
0
FacebookTwitterPinterestWhatsappEmail
previous post

Howl-O-Scream “The Dark Side of the Gardens” Details Revealed

Wish there was live chat!

“The last time there was a ride innovation like this as far as vehicle movement was Indiana Jones Adventure.”

1999. The Amazing Adventures of Spider-Man improved upon the technology used in the Indiana Jones Adventure, by introducing vehicles that can spin 360˚.

2000. Pooh’s Hunny Hunt introduced the concept of a trackless dark ride, with vehicles that are able to drive around wherever they want.

2010. Harry Potter and the Forbidden Journey introduced KUKA robotic arms moving along a flat track. This system offers the greatest freedom of movement of any dark ride in the World!

I defer to you Will, haha! Please note the “That’s my opinion…” I’ll remember next time I type a live blog to maybe leave my opinion out of it. 🙂 I was referring more to the shaking/swinging motion and not just ride technology in general. 🙂

P.S. Just in case that sounded too sassy, I meant to sound impressed. Anyone who has that much automatic recall of theme park technology is a-okay in my book.

google i love you

Go ‘Over the Edge’ to support Give...