Here’s a quick photo update from a recent evening trip to the Magic Kingdom. As you can see above and below, they have most of their Halloween decorations up already. The first of Mickey’s Not So Scary Halloween Parties starts next Friday, Sept. 4, 2009. Although you can’t see it here, there’s also been a crane behind the castle putting up the lights for Mickey’s Very Merry Christmas Parties, which start Nov. 10, 2009. 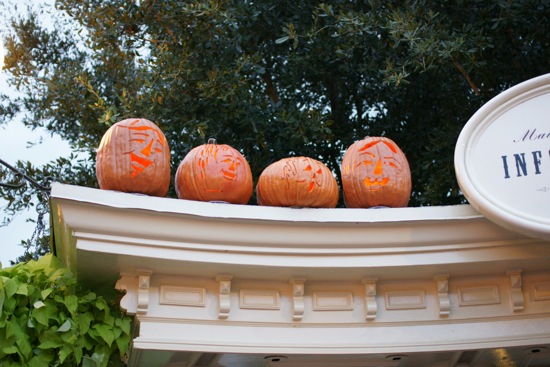 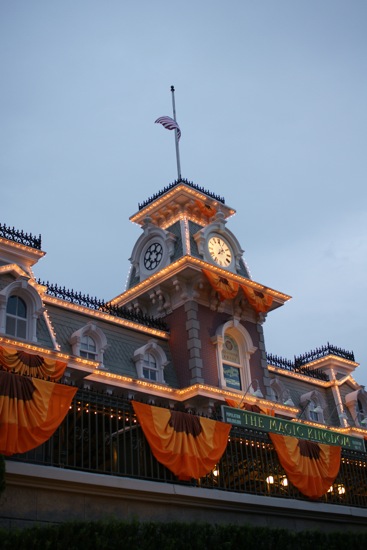 In addition to the Halloween decorations, this photo shows the flag flying at half-mast for Senator Ted Kennedy. 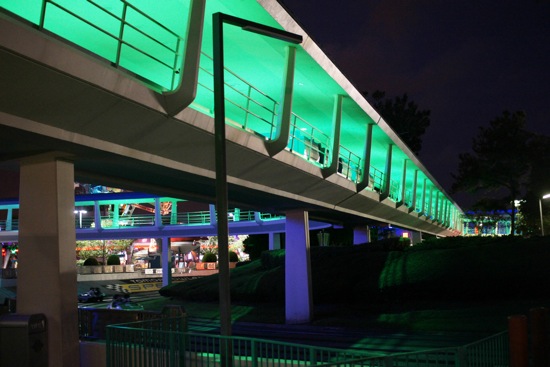 Space Mountain and the Tomorrowland Transit Authority (TTA) ride have been closed for some time getting rehabs. Although Space Mountain will continue to be closed until later this fall, the TTA is set to open mid-September. In the photo above and below you can see some of the new lighting effects they’ve installed. 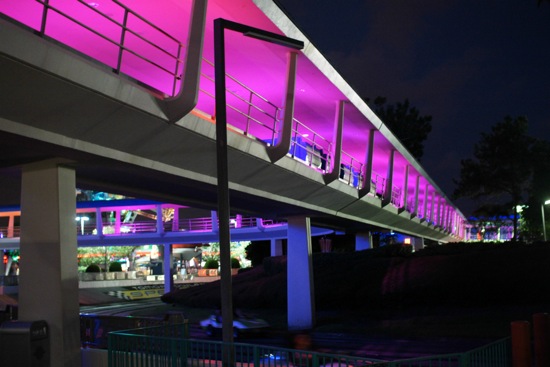 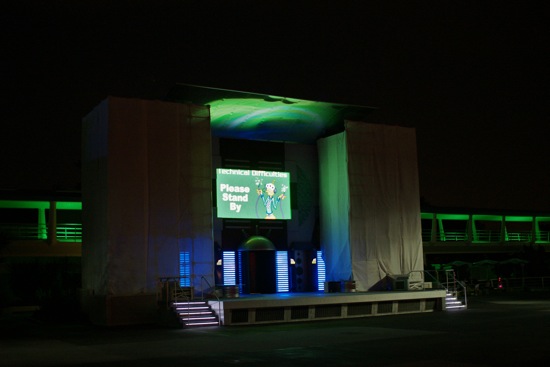 As different messages were flashing on the screen, I thought this one was most fitting. The former Stitch’s Supersonic Celebration stage is having a bit of work done to it. Rumors say the stage will be used for the upcoming holiday parties and the shows will still revolve around Stitch. 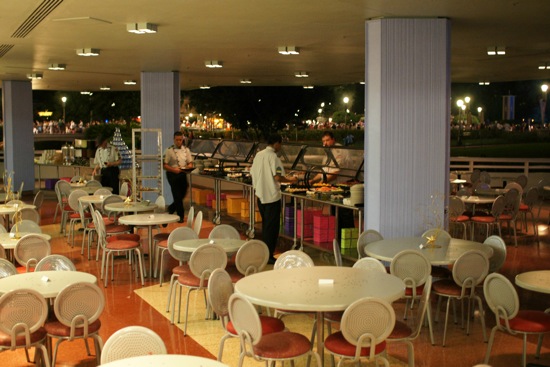 We end with a look at cast members preparing for the Fireworks Dessert Party. The dessert parties were scheduled to end but they recently announced they are extending them through Oct. 31, 2009. The price to attend this delicious party is $17.99 for those 10 and older and $9.99 for ages 3 to 9.

Out of the Loop: Racing roller coasters in the news this week

When I left the Ticket & Transportation Center last week, I saw the Disney “D” flag was at half-mast. It was the only flag on the pole, so I assumed it was in honor of the cast members who had recently died in the past few months. I thought that was nice.