Disney Parks Blog released some new, yet vague details about the upcoming Marvel attractions and themed areas coming to Disney Parks around the world. 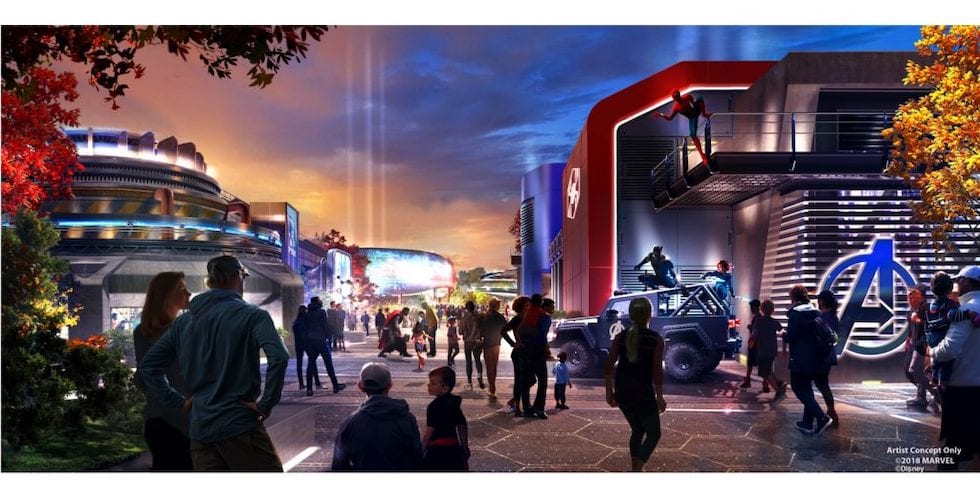 New Marvel-inspired experiences are coming to Disney Parks around the world.

These new themed areas will expand the stories of the Marvel Cinematic Universe in a way that will allow guests to take on an active role alongside their favorite Super Heroes. Some of these new stories have already begun to take shape at the parks. 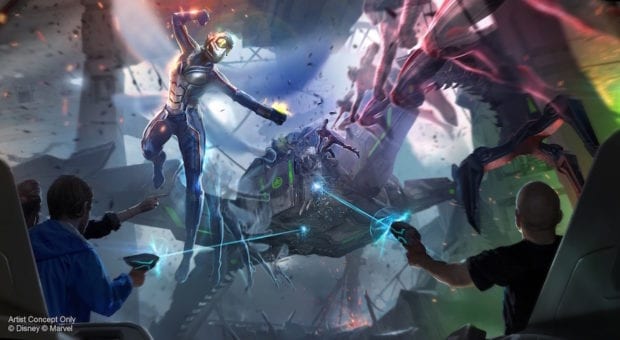 Join forces with Ant-Man and the Wasp in their new attraction, coming to Hong Kong Disneyland in 2019.

In Hong Kong Disneyland, guests already face the forces of Hydra in the Iron Man Experience. Starting in March 2019, guests will join Ant-Man and the Wasp in a fight against Arnim Zola and his army of Hydra Swarm-bots in the all-new attraction, Ant-Man and the Wasp: Nano Battle! In Disney California Adventure, guests have been helping the Guardians escape the Collector’s Fortress in Guardians of the Galaxy – Mission: BREAKOUT!

Soon, in both Disney California Adventure and Disneyland Paris, guests will encounter their favorite heroes in new ways, from the mystic arts of Doctor Strange to the high-flying antics of Spider-Man. Guests will also see the latest in Pym Technology with Ant-Man and the Wasp, and get to watch as Iron Man, Captain Marvel, Black Panther, Captain America and more jump into the fray at a moment’s notice.

Disneyland Paris will see the addition of new attractions, entertainment, and dining, as well as a re-imagined Rock ’n’ Roller Coaster, which will transform into a hyper-kinetic adventure with Iron Man. A Spider-Man attraction is planned to replace the “Armageddon” special effects show, and an Ant-Man themed-location will replace Restaurant des Stars.

You can see these changes in the concept art below:

No other details have been revealed on the Avengers-themed attractions and experiences coming to the Disney Parks. Stay tuned to our website for more details on these exciting new additions.

In the meantime, check out some of our videos of the Avengers’ appearances in the parks below: