The next time you’re walking right down the middle of Main Street U.S.A. at Magic Kingdom, be sure to keep an eye out for their newly-elected City Council Chairman, Will Helpya. 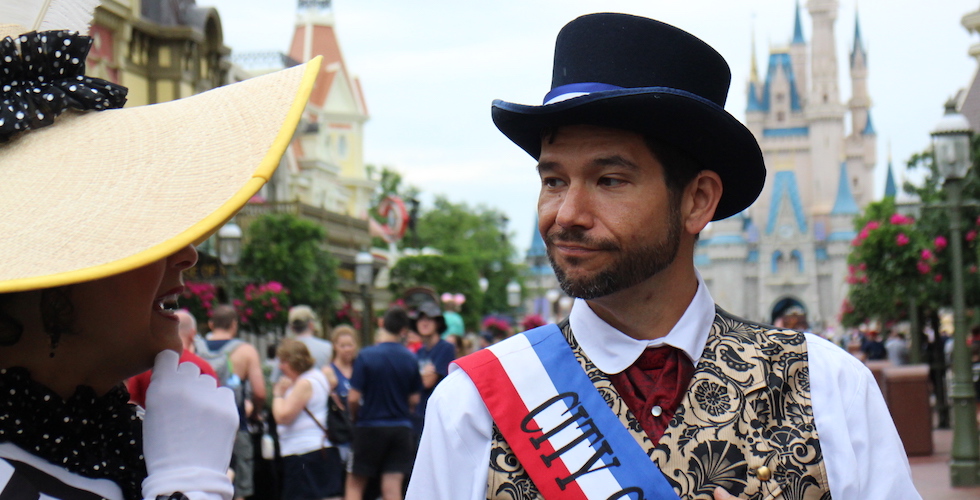 There are many citizens on Walt Disney World’s Main Street. You may encounter town gossips, the fire chief and various others – even the Dapper Dans singing quartet. If you see any of them, be sure to stop and ask who they are and what they’ve been up to. You’re sure to have some entertaining conversations.

It’s unknown if City Council Chairman Will is sort of a replacement for the Mayor of Main Street, who has “gone fishing”. (The respected actor who played Mayor Weaver passed away last year.)

For now, you can find Chairman Helpya out and about on Main Street U.S.A. a few days each week. The best times to find the citizens are during business hours, before they retire at their homes for the evening. Will Helpya says he lives above the train station.

If you think Will looks familiar, you may have encountered his distant relatives from Norway or the one in a former North American cover band (wink, wink).

A post shared by Attractions Magazine (@attractionsmagazine) on Apr 7, 2019 at 11:22am PDT