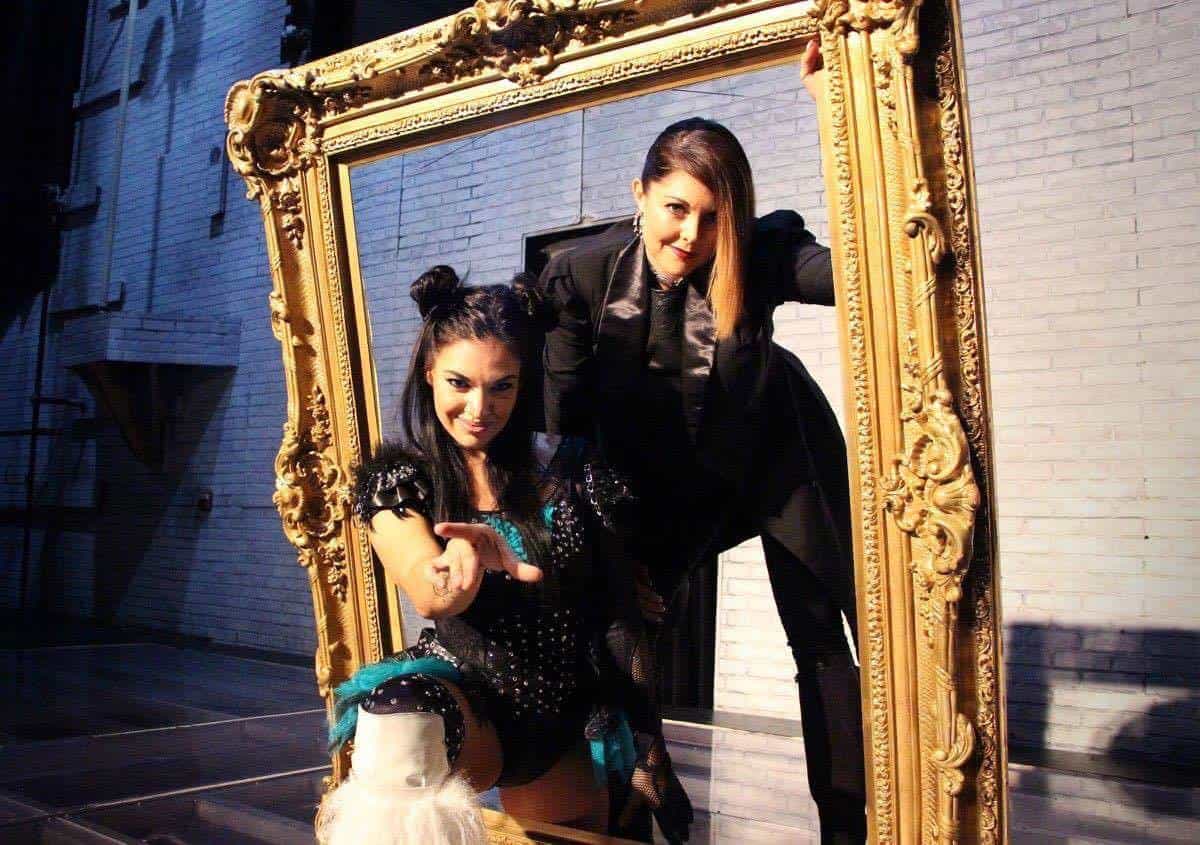 Shaul Guerrero and Erin Cline as Titania and Oberon invite the audience to enter their enchanted world in A Midsummer Night’s Dream.

A Midsummer Night’s Dream has always been one of William Shakespeare’s most accessible works. It tells the story of four lovers lost in an enchanted wood while being pranked by the fairies that live there. This production, another partnership between Red Fish Theatre and Antigravity Orlando who did Rocky Horror last year, uses an EDM/rave theme along with the aerialists and dancers of Antigravity to help bring the show into the twenty-first century.

Shakespeare can be difficult to understand in the best of circumstances, but inconsistent microphones and audio issues only made the struggle worse. Music and sound cues were often played too loud, leaving the audience struggling to hear the actors, and one particular section of prerecorded dialogue was distorted beyond recognition. Other minor quibbles include the liberal use of modern language spread throughout the production (including one R-rated word suggesting some parental guidance) and the occasional mumbling actor that caused some of Midsummer’s most iconic lines to become lost in the noise.

These issues were particularly unfortunate, because ultimately A Midsummer Night’s Dream was a very fun and unique production. The aerialists and acrobats leaping and spinning across the stage combine skill and beauty, and serve to highlight the confusion of the lovers as they lose themselves in the forest. A variety of stunt work is on display, which ramps up through the course up the play, culminating in probably the most epic presentation of a “play within a play” ever put on a stage!

Shaul Guerrero as Titania has terrific chemistry with her fellow actors onstage, whether interacting with the subdued king of the fairies, Oberron, or the loud and boisterous actor, Bottom, played wonderfully by Erin Cline and Leyla Lawrence, respectively. Kristie Kuhl, as forlorn lover Helena, shows off her range on stage as she hilariously moves from lovesick to hurt to angry and back again. The entire production is ably directed by Adam Graham who clearly took pains to help guide both the cast and audience members through the sometimes complicated plot and dialogue

In the end, A Midsummer Night’s Dream offers an enchanting alternative to the themed attractions around it. Hopefully, they can correct their technical issues by next weekend and give this enjoyable production the presentation it deserves.

A Midsummer Night’s Dream is a Red Fish Theatre and Antigravity Orlando production running select dates through Aug. 28. Ticket prices range from $20 to $55 and can be purchased at redfishtheatreantigravity.ticketleap.com/midsummer. The Antigravity Theater is located at 5390 W Irlo Bronson Memorial Hwy. in Kissimmee, not far from Walt Disney World.

Take a look behind the scenes of the production on the Aug. 17, 2017 episode of “Attractions Magazine – The Show”:

Dollywood to add Great Pumpkin LumiNights for the harvest season