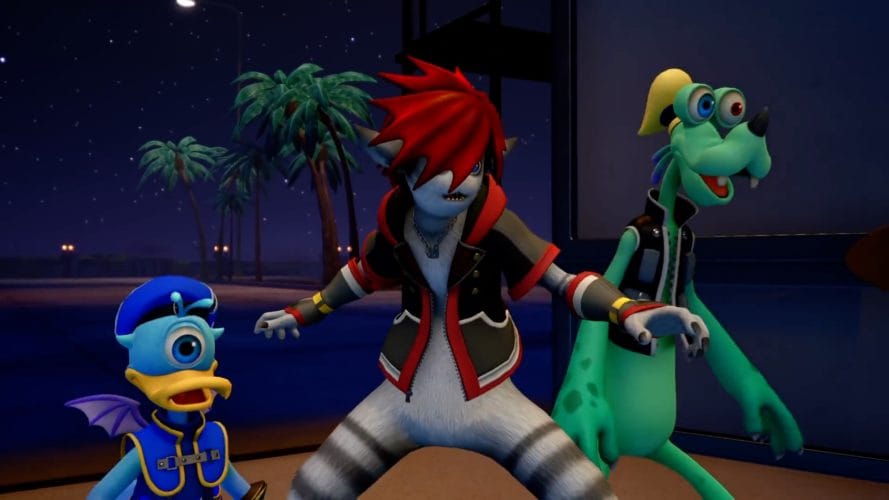 The wait is over … sort of. Although the long-awaited “Kingdom Hearts 3” has no official release date within 2018, D23 Expo Japan just dropped a brand new glimpse of the video game. The trailer featured the announcement of a Monsters, Inc. world, and never before seen mechanics within the game.

Sora, Donald and Goofy will be joining the “We Scare Because We Care” campaign within the Monsters, Inc. world. Joining forces with Mike & Sully, the level appears to take place within the story of the first “Monsters, Inc.” film. Sora and the gang seem to fit right into the story with their new monster character designs. But Goofy’s design appears to be the thing nightmares are made of.

The Monsters, Inc. world will feature large scenes within the scare floor, a new in-game mechanic to glide and slide through the door factory, and the ability to throw Mike Wazowski at the heartless enemies like a bowling ball (a dream come true.)

The trailer offers new glimpses within the previously announced “Toy Story” world featuring new toy-based environments, as well as showcasing scenes within the games “Tangled” world. The trailer revealed that both Rapunzel and Flynn Ryder can join your party to fight against enemies in the game.

The game is scheduled for a 2018 release on the PlayStation 4 and Xbox One. For more information visit KingdomHearts.com.

Holidays Around The World at Epcot adds...