Movie Review: Disneynature’s ‘Monkey Kingdom’ is a cute family film worth seeing on the big screen 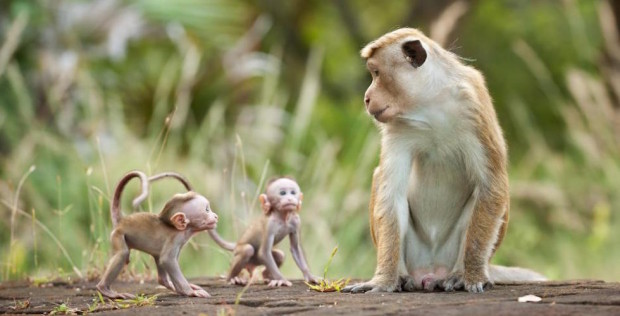 In what has become somewhat of an Earth Day tradition, Disneynature’s latest film is here. “Monkey Kingdom” is a cute, beautiful and interesting film the whole family can enjoy.

You may be wondering why they’re doing another story about monkeys since they already had a “Chimpanzee” movie. I understand why you’d think that since monkeys do look a lot like chimps, but monkeys are in the ape family. They’re not monkeys.

This isn’t a typical documentary about all different sorts of monkeys or even a certain kind of monkey. This is the story of toque macaques monkeys, but not all of them. Disney likes to tell stories and this Disneynature film is no different. 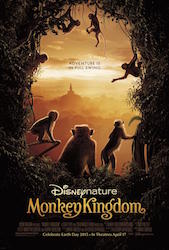 “Monkey Kingdom” is the story of a particular group of monkeys living among ancient ruins in the jungles of South Asia. It has villains and heroes, laughter and heartache. Of course, monkeys don’t talk, so Tina Fey narrates the story.

The story focuses on a blonde bobbed monkey named Maya. She’s low on the totem pole in her group. Will she ever be allowed to dine from the top of the tree or will she always have to eat the scraps on the ground? Tina Fey does a great job narrating the story and adding some funny quips to what she thinks the monkeys are thinking.

I’m sure some of the scenes in the movie were influenced by the team filming it, and some of the shots used to tell the story were most likely used out of context of what the monkeys and their animal friends (and enemies) were doing. There’s one scene in particular where the monkeys sneak into a house in a nearby village that was obviously set up, since there were cameras inside the house already. But I can look past all that as it does help craft the story. It’s not all a made-up story though. The basic plot lines are most likely as they happened and you do learn about the toque macaque monkeys and their behaviors.

A great thing about seeing this in the theater is to be able to see all the beauty of the South Asia jungle in big screen HD. Some of the scenes are stunning. If you like beautiful scenes, cute animals and some funny and dramatic moments, you will enjoy “Monkey Kingdom”.

The movie is just over an hour and a half long and is rated G. It’s appropriate for all ages. There’s no after credits scene, but there are some cool behind the scenes clips shown throughout the credits. For every ticket sold opening week (April 17-23, 2015), Disneynature will make a donation to Conservation International to help protect monkeys and other endangered species in their natural habitats. 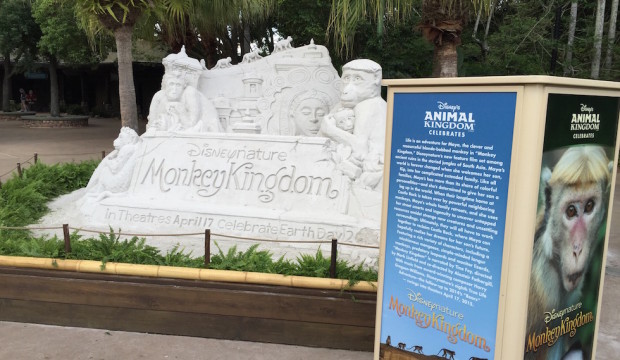 In the Parks
For a limited time, there is a sand sculpture for the movie on display at Disney’s Animal Kingdom. If you’re headed to Epcot this weekend, you can also watch them building another sand sculpture in World Showcase. You may also be able to get a Monkey Kingdom button from a cast member at the sand sculptures.
You can also see some real monkeys swinging around in the park’s Asia section.