If you’re still worried about going to see a DC Comics superhero movie, you have nothing to worry about with “Shazam”. It has the perfect combination of comedy, action, and surprises. 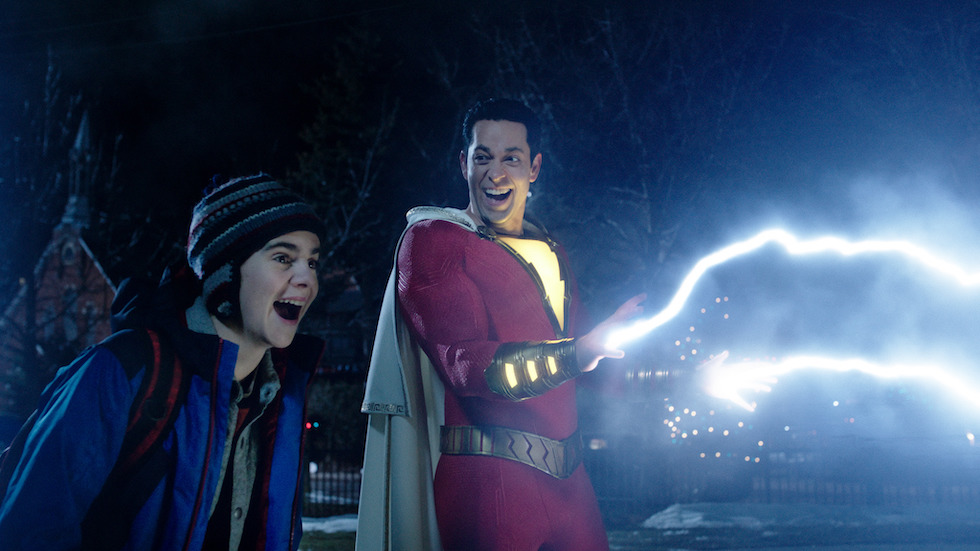 Every good superhero movie needs a supervillain, and this one starts with Dr. Savana’s (Mark Strong) backstory. While I’ve heard of Shazam, and used to watch the television show when I was a kid, I don’t remember much about it. 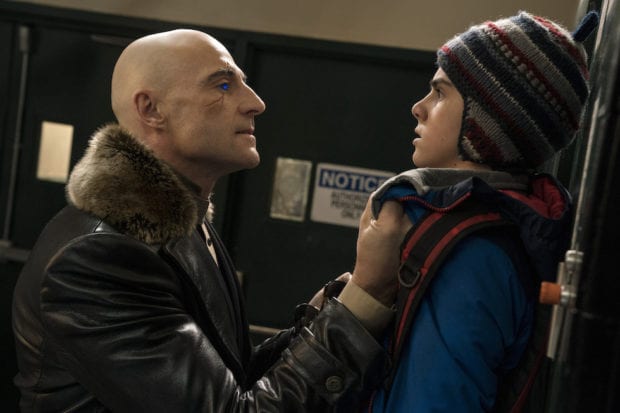 Most filmgoers won’t either, so even if this villain is in the Shazam comics, it’s great to show his story and introduce him to the audience. 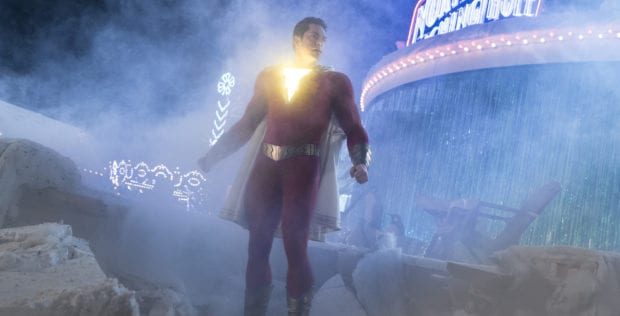 After the introduction of the villain, we find out how young orphan Billy Batson (Asher Angel) becomes Shazam (Zachary Levi), A.K.A. Captain Sparkle Fingers, the name his new brother Freddy gives him.

If anyone steals the show, it’s Jack Dylan Grasier as Freddy. You may recognize him as one of the kids in “It”. The film just wouldn’t be the same without him as a sidekick for Billy/Shazam. I don’t really need to go into the plot any more than this; the trailers already give away too much. Just know there are some surprises along the way.

While Billy’s parents all play the parts well, the focus is on the kids – not just Billy and Freddy, but all of Billy’s foster brothers and sisters have great roles and all the actors had great performances, especially Faithe Herman as his good little sister. You may know her from the “This is Us” television show. 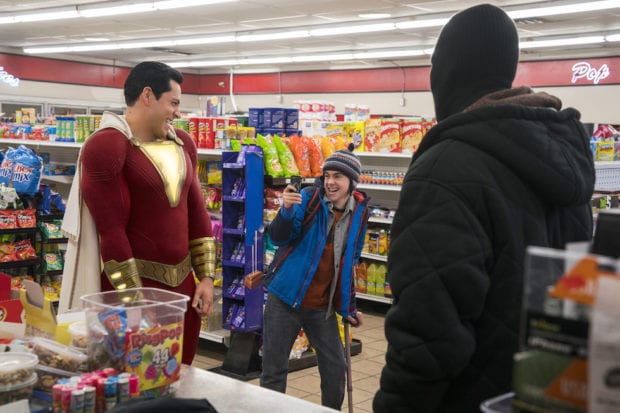 The film is comedy-heavy. It’s on par with the tone of “Thor: Ragnarok” and “Deadpool”, although definitely a different, lighter humor than the latter. With Billy/Shazam discovering and testing all his new powers, it reminded me of the old “Greatest American Hero” television show, which I loved.

“Shazam” is rated PG-13, as it does have some adult humor. Just explain to your kids that the Santa Claus in the movie isn’t the real Santa. It runs just over two hours. Be sure to stay to until the very end as there is a mid-credit and end credit scene.

Check out the latest trailer for Warner Bros. Pictures’ “Shazam” below, and be sure to catch it in theaters on April 5: