There’s a good message parents can give to kids who have seen “Wonder Park”, but the movie is definitely one kids will enjoy much more than adults. 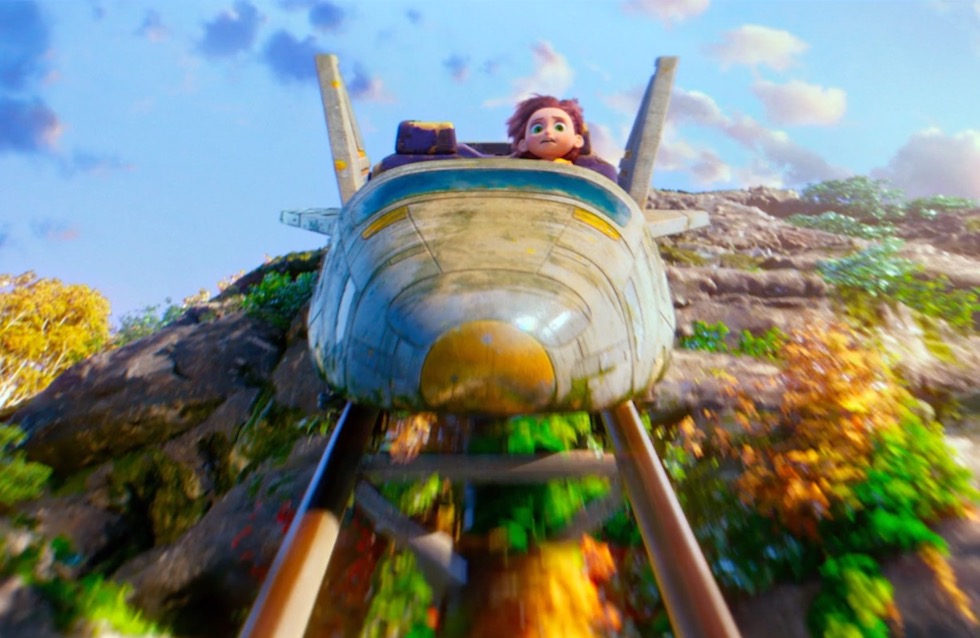 June is a very imaginative kid, and her mom is just as imaginative and supportive of her ideas. Together they have planned out a wacky amusement park called Wonderland, and each night they think up crazy new rides for the park, like a flying fish carousel. June’s stuffed animals are the stars of the park and keep it running an expanding in their stories.

But in a dark turn for the movie, June’s mom gets sick, and has to leave her and her dad for an extended time while she tries to get well. Since June misses and is worried about her mom so much, and Wonderland just reminds her of her mom, she wants nothing to do with it anymore. But one day she’s making her way through the woods near her house and discovers the amusement park she created and abandoned is real. What will the park’s animal caretakers think of her? Can she get the park’s main attraction running again and get rid of the chimpanzombies who are trying to destroy it? 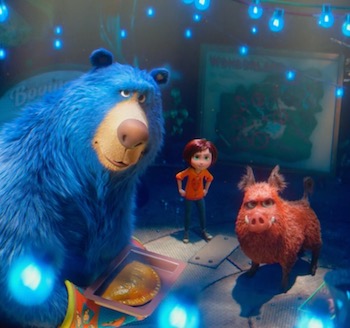 There are quite a few famous names with voice-acting roles in the movie. I don’t mind that in itself, but when the voice is so strong and sounds exactly like the actor sounds in real life, it takes me out of the movie each time I hear the character speak. This was the case with Mika Kunis as Greta the warthog (who looks like she could be Pumbaa’s sister) and John Oliver as Steve the porcupine. Otherwise all the voice acting was great.

The animation looked great. The scenes looked photo realistic, except for the humans, who had their own unique style. Although they looked more “cartoony”, they fit well in the world. The animals were a bit creepy-looking to me at first, but they grew on me.

As a huge theme park fan, I was excited to see this movie for all the references in Wonderland. But there weren’t as many as I had hoped for. There are roller coasters, carousels, slides and more, but I was hoping for some nods to real theme park attractions. In fact, this isn’t one of those kids movies with lots of jokes for the adults to enjoy too. It’s geared towards the kids only. That’s not to say adults won’t enjoy it with their kids, but when it’s over they’ll say “that was a cute movie” and they’ll quickly forget it.

Wonder Park runs about an hour and a half long and is rated PG. There’s the one very sad scene with her mom getting sick, but otherwise it’s full of fun family action. There are no end credit scenes.

Even though this is a movie about amusement parks, since it’s put out by Paramount and Nickelodeon, they don’t have any direct ties to the major theme parks.

There’s also an official app game available. In Wonder Park Magic Rides, free to download and start playing, you’ll help June fix up and build the abandoned Wonderland theme park. From the rides and decorations to foods and merchandise, it’s up to you to ensure the visitors have a good time. Boomer and Greta from the movie join June and help you via narrative quests. It’s a typical SimCity building type game, but for a theme park.

Paramount Pictures and Kios announce plans for a...

‘Legend of the Lost Studio’ luncheon explores the...

Top 10 most popular theme park and...