The ‘Rather Sophistical’ music of ‘Mary Poppins Returns’

“Mary Poppins” is renowned for its iconic and award-winning soundtrack, written by Disney Legends Richard and Robert Sherman. The brothers pushed their limits, inventing words and tongue twisters to bring the story to life.

Decades later, Walt Disney Studios is tasked with concocting a follow-up soundtrack for the sequel “Mary Poppins Returns” – and it exceeds all expectations. 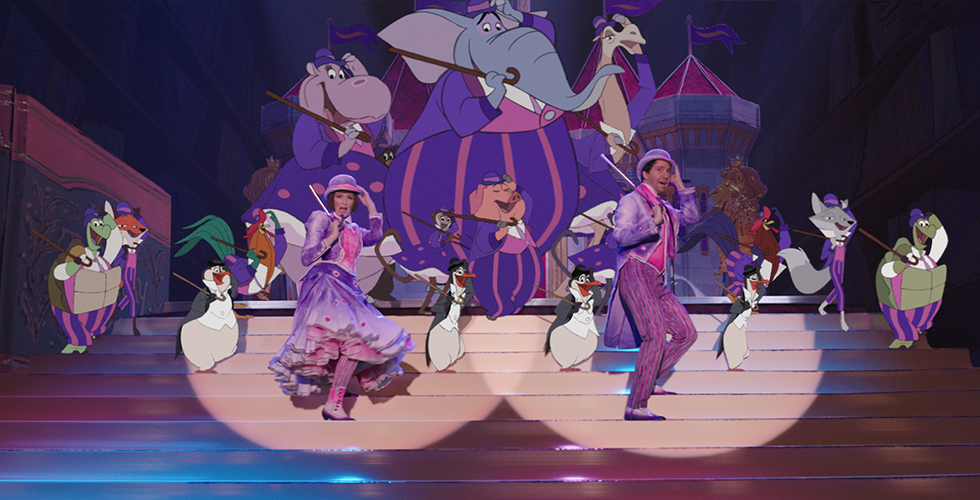 Show-stopping scene from “A Cover Is Not The Book” musical number.

Marc Shaiman, the composer for “Mary Poppins Returns,” understands the importance and impact of the music.

“I really have no other memory of my childhood except listening to that record,” said Shaiman. “And it’s not just the chords, but it’s the strings and the way that they’re playing those chords and so all these things were just flowing into my brain and my ears and my heart. I learned everything I could from that album.”

It definitely shows. The music of “Mary Poppins Returns” has a familiarity, while staying completely original. There are hints of the original soundtrack peppered in, but it isn’t without purpose.

“It was the balancing act,” said director Rob Marshall. “It was constantly back and forth and I just used my own gut about what needed to be there. Most of it actually very much at the end where we feel we’d earned it by then.”

Musically, the new soundtrack acts as an echo of its predecessor in the most endearing way. For every moment in the original, we get a moment in “Mary Poppins Returns.” The songs and their lyrics are as vibrant and sugary as one would anticipate.

“Dilly dynamical, simply ceramical” and “marvelous, mystical, rather sophistical” are just a few quippy lines from the track “Royal Doulton Music Hall.” Lyricist Scott Wittman said the experience was “probably one of the most creative times I’ve had in my very long time in show business.” 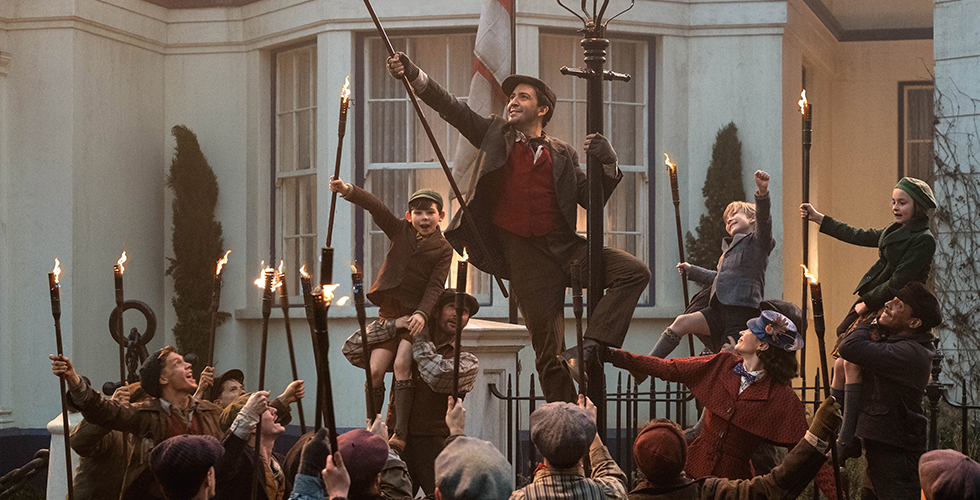 A moment from the musical number “Trip A Little Light Fantastic.”

The soundtrack is so specifically special, it sounds like the Sherman Brothers themselves could have written it. Richard Sherman is credited as a consultant, but remains unlisted for any actual writing credits. This is surprising, especially when you listen to the complete soundtrack, listed below:

The music of “Mary Poppins Returns” is a standout characteristic of the new film and will undoubtedly receive much deserved buzz during award season. The only question is, which song will be the Academy’s top pick?

The complete soundtrack is available for digital download and streaming now. “Mary Poppins Returns” is in theaters Wednesday, Dec. 19.

Get a listen to the full soundtrack in the playlist below: