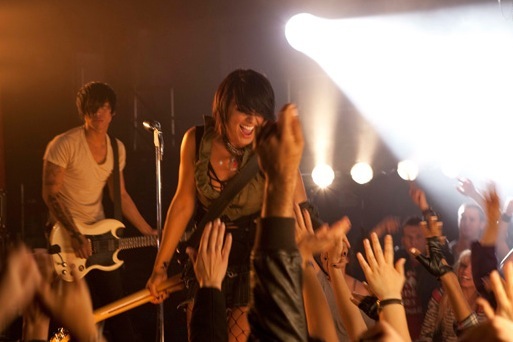 We previously told you about this year’s rock theme for Busch Gardens’ scary Howl-O-Scream Halloween event. Since then officials have been releasing more clues via the HOSInsider Twitter account and Facebook account. Now the band behind the theme has been announced.

A visit to MyXRocks.com takes you to Tampa’s Howl-O-Scream website where you’ll be introduced to the band My X. Presumable a play on my ex, as in ex-boyfriend/wife/etc. The lead singer of the band is a woman named Sylvie. She has her own Twitter account at SylvieMyX.

The MyXRocks website features a downloadable song by the band called “My X” The name Beast is also in the file name. Maybe that’s the album name. 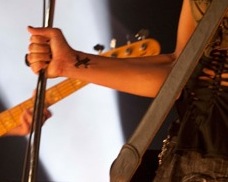 Being Howl-O-Scream, you just know there’s more to this band than what meets the eye. There’s no word how they become a “killer” band. With the name Beast, could each band member be able to “morph” into animals? There are a number of band photos on the MyXRocks website, any number of which could provide clues. The tattoo on Sylvie’s arm (pictured) is prominently featured in a couple of pictures. It seems to form an X, but is that some sort of creature?

Tickets for Howl-O-Scream are on sale now at howloscream.com/tampa. There’s a preview on Sept. 24 and 25, and the event runs Thursday through Saturday nights from Sept. 30 to Oct. 30, and of course, on Halloween night.

MyX rocks so hard! Sylvie has the best vocals and the band is amazing! Whatever happened to Alex I’m sure he had it coming.

Thankyou for a very informative review,i found your site threw Google and really look forward to returning when you have further updated it even more

I luv my X now my fav

I LOVE MYX IT IS MY MOST FAVORITE BAND IN THE WHOLE WORLD. Is the MYX house still at Howl o scream, cause I really hope so. It’s my favorite.<3<3<3<3<3

Stars in the Parks: Mariah Carey in...