Graphic Designer Quynh Kimball (above, from left) and Product Developers Cody Hampton and Brad Schoeneberg led the talk and showed off the exclusive merchandise available for Star Wars Celebration. Then they had a chance to present some artwork for upcoming products they’re working on. They wanted everyone to know that the final products may not look exactly like what there were presenting and it’s possible some products may not get made at all.

First up were the latest set of Star Wars Disney action figures. This set will be based on The Clone Wars: 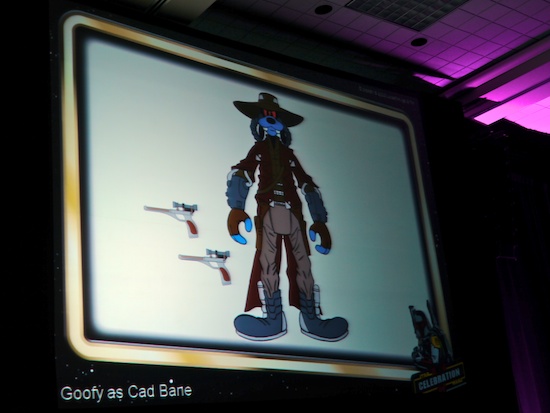 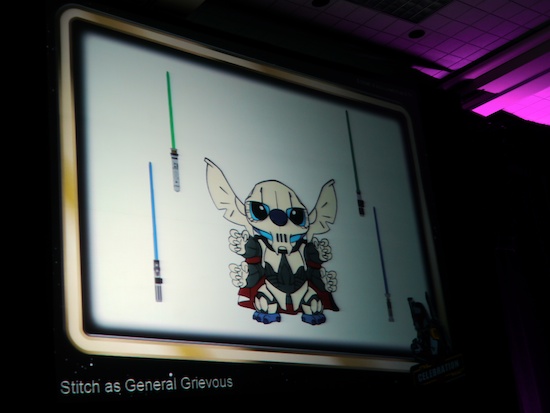 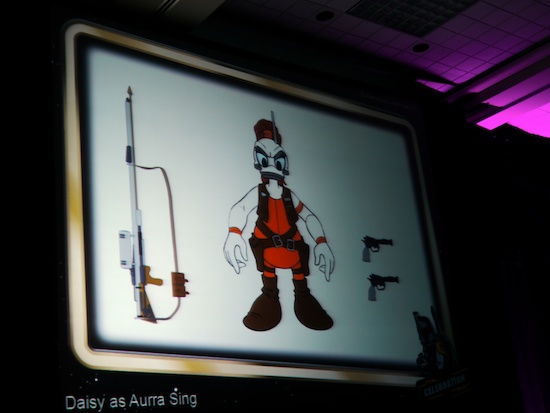 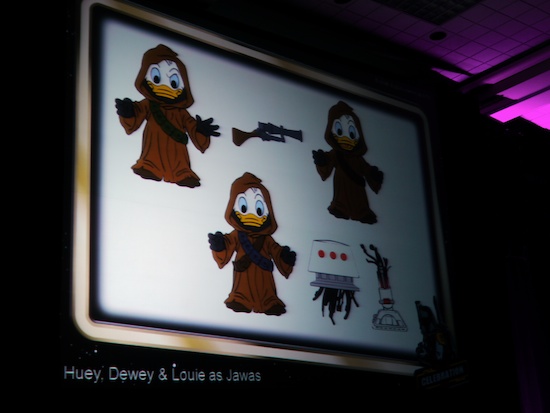 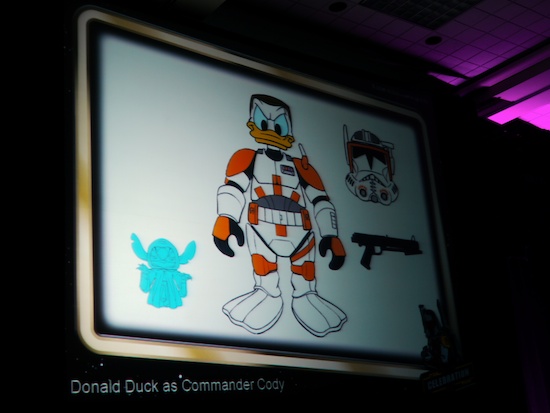 Next they showed a look at some new Muppets Star Wars action figure two-packs: 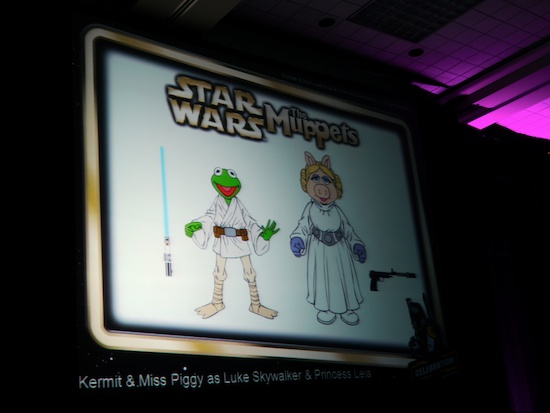 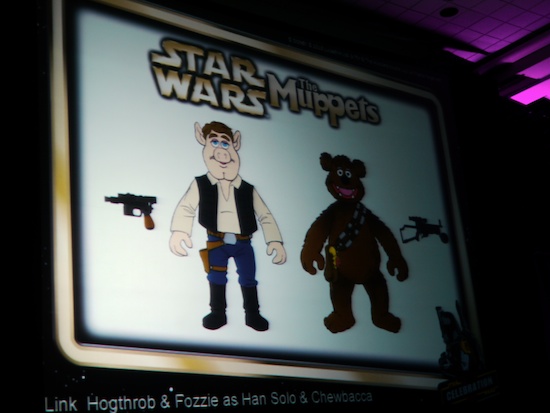 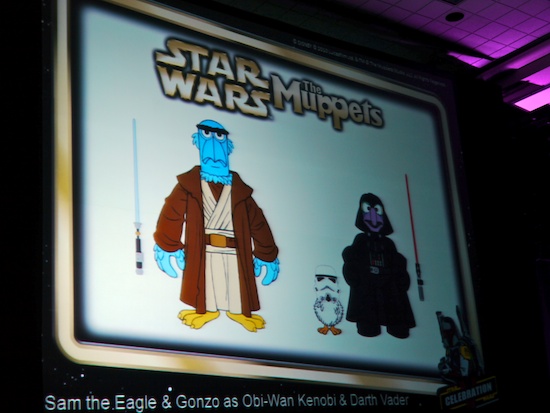 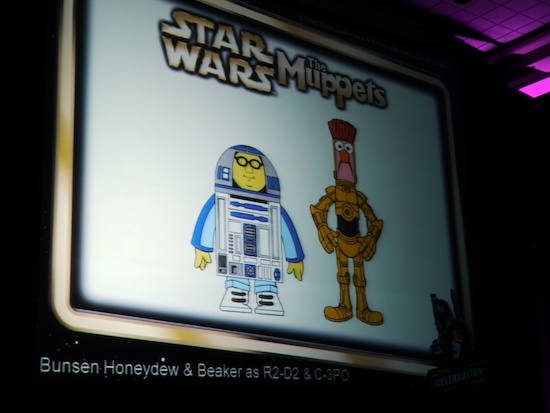 A look at the Star Wars Vinylmation set coming next year:

Straying from Star Wars for a minute, they showed off a new Indiana Jones 7-inch Temple of Doom action figure: 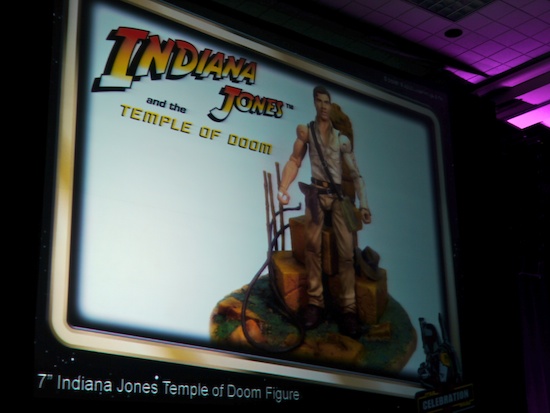 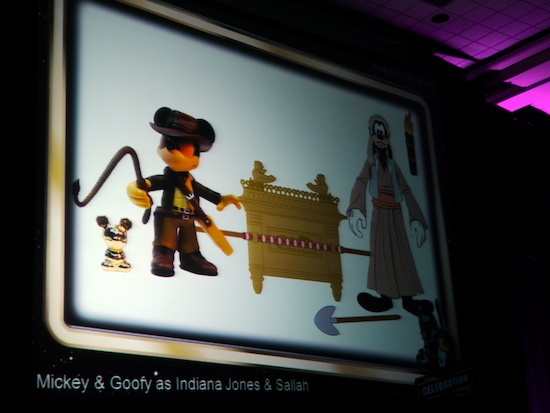 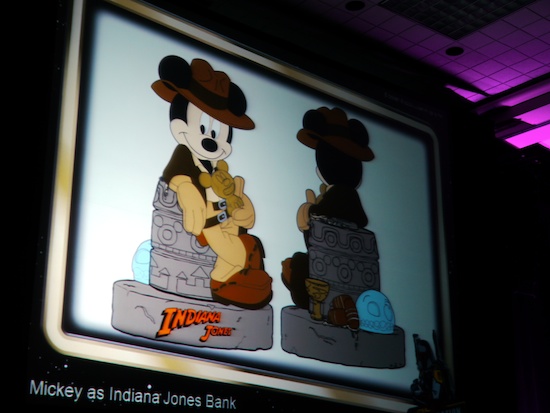 Next they said they had just received approval to talk about some merchandise they’re planning for the new Star Tours ride. Here’s a new bank: 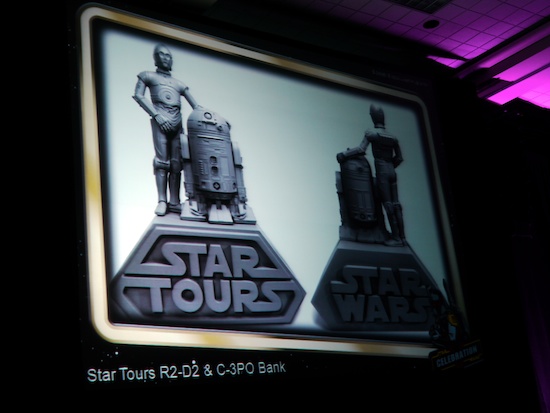 A new detail was revealed with this product. It seems in the new ride, Star Tours won’t be the only company providing intergalactic tours. Here’s a look at all the different Starspeeders, which will be available as 1/64th scale die cast toys: 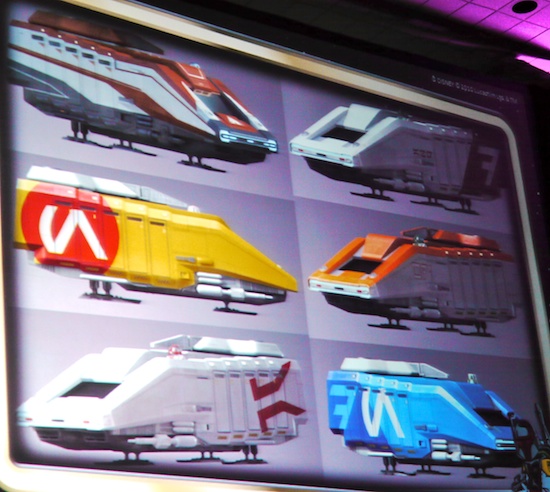 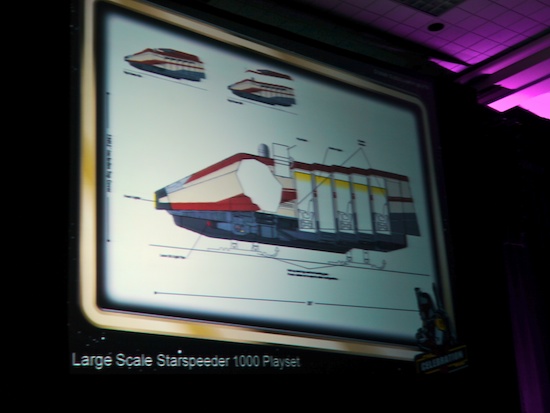 The panel also announced that a build your own lightsaber location will be opening in Star Traders in Tomorrowland at the Magic Kingdom this fall.

Finally, R2-MK made an appearance and could later be found at the Disney booth on the show floor. 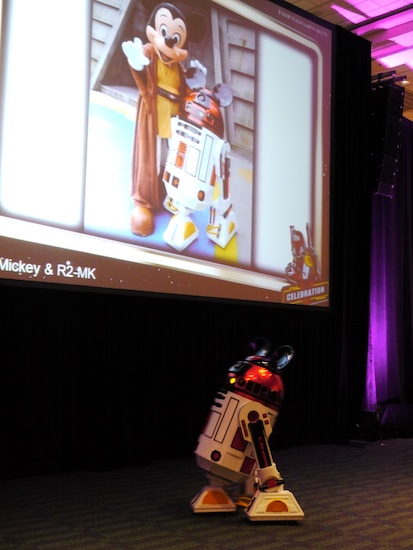 Thanks for another excellent post. The place else could anybody get that kind
of information in such an ideal method of writing?
I have a presentation next week, and I’m at the look for such information.