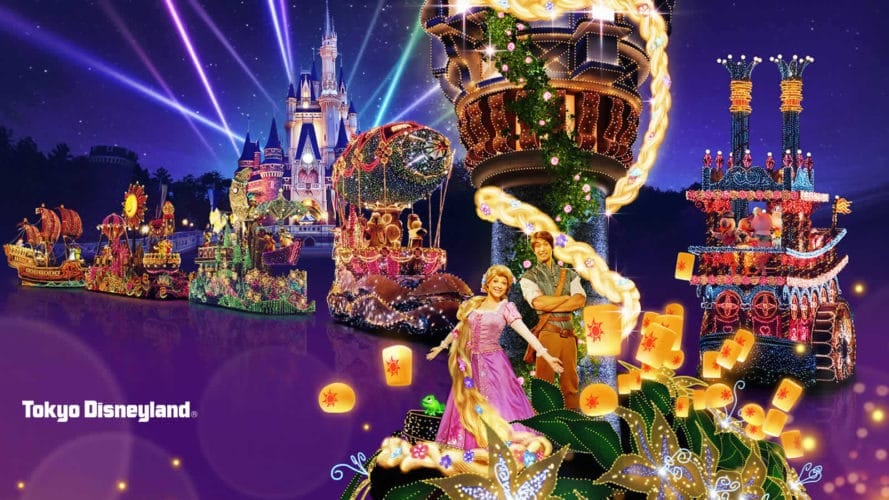 Tokyo Disney Resort will feature an updated Dreamlights parade, along with over a dozen other new and upgraded events and attractions during the 2017 fiscal year.

The Oriental Land Company has kicked off the 2017 calendar year but unveiling a long list of new Tokyo Disney Resort events and attractions planned for the Tokyo Disneyland and Tokyo DisneySea theme parks in Fiscal Year 2017, which runs from April 1, 2017 through March 31, 2018.

Opening May 12, 2017
New Attraction at Tokyo DisneySea: Nemo & Friends SeaRider
This new attraction opening in Port Discovery is themed to the world of the Disney/Pixar films Finding Nemo and Finding Dory. This indoor attraction will immerse Guests in the underwater
world of these popular stories by using a ride system that seamlessly blends new visuals with a dynamic motion-base system. Boarding a submersible that “shrinks” to the size of a fish, Guests can explore the wondrous world of marine life from the same point of view as Nemo and Dory.

Opening May 12, 2017
Renewed Attraction at Tokyo DisneySea: Turtle Talk
Turtle Talk, a theater-type attraction where Guests can talk and interact with the sea turtle Crush, will feature some of his friends from the Disney/Pixar film Finding Dory. In addition to
talking with Crush, Guests will be able to enjoy a game of hide-and-seek with the talkative Dory and Crush’s son, Squirt. Other unique characters from Finding Dory, such as Destiny, the whale
shark, and Hank, the octopus, will also stop by to chat with Guests.

June 15 – July 7, 2017
At Tokyo Disneyland / Tokyo DisneySea: “Disney Tanabata Days”
The Japanese star festival known as “Tanabata” will be celebrated in unique Disney-style at the theme parks.
At Tokyo Disneyland, Mickey Mouse and Minnie Mouse dressed as Hikoboshi and Orihime, the two star-crossed lovers of this festival, will ride on rickshaws along the parade route to greet Guests. “Disney Tanabata Days” will feature traditional decorations in World Bazaar, where Guests can write their wishes on “Wishing Cards” to be hung from the grand centerpiece.
At Tokyo DisneySea, Guests can hang their wishes for Tanabata and enjoy traditional decorations at the “Wishing Place” in the New York area of American Waterfront, and in Mediterranean Harbor, Mickey Mouse and Minnie Mouse will appear in a greeting show dressed as Hikoboshi and Orihime.

July 11 – August 31, 2017
Special Event at Tokyo Disneyland: “Disney Natsu Matsuri”
Natsu matsuri means “summer festival” in Japanese and Guests will be able to enjoy the hot summer with the Disney Characters in this energizing special event. In the show presented at
the Plaza in front of Cinderella Castle, Guests can enjoy being sprayed with water from the unique dance floats. Guests can find Japanese lanterns as well as photo locations that enhance the festive atmosphere even more. Special merchandise and menu items themed to the event will be offered, while the sound of traditional music and drums also create a perfect mood for this Japanese-style summer event.

Opening July 11, 2017
Renewed Entertainment at Tokyo Disneyland: “Tokyo Disneyland Electrical Parade Dreamlights”
The nighttime parade “Tokyo Disneyland Electrical Parade Dreamlights” will be presented in a renewed version featuring five new floats. Appearing for the first time in this nighttime parade
will be an icy castle float with Anna and Elsa from the Disney film Frozen. The Disney film Cinderella will be represented with two spectacular new floats: Cinderella’s pumpkin coach, and the grand ballroom with Prince Charming. In addition, a float based on the Disney film Beauty and the Beast will return after being absent since the 2011 renovation of the parade. Enhanced with LED lighting, the renovated parade will add even more color to the Park at night.

September 8 – October 31, 2017
Special Event at Tokyo Disneyland and Tokyo DisneySea: “Disney’s Halloween”
Again in 2017, each Park will offer in its own unique way a “Disney’s Halloween” event.
The special event at Tokyo Disneyland will be themed to a Halloween music festival. The Disney Friends join ghosts and skeletons in entertaining Guests along the parade route with a variety of
amusing and exciting musical performances. Guests can join in clapping to the rhythms as the music festival reaches its high point.
Tokyo DisneySea will present a cool, but eerie Halloween event themed to the Disney Villains. Guests can enjoy a show on the waters of Mediterranean Harbor that creates a frightfully cool Halloween from the world of the villains.

November 8 – December 25, 2017
Special Event at Tokyo Disneyland: “Christmas Fantasy”
At Tokyo Disneyland, Guests will enjoy the special event “Christmas Fantasy,” which is themed to “pop-up storybooks full of the Disney Friends’ Christmas fun.” The parade presented along the
parade route will bring to life pages from storybooks showing the Disney Characters having fun at Christmastime. At the center of World Bazaar, the 15-meter-tall Christmas tree will create a fantastic atmosphere.
Special Event at Tokyo DisneySea: “Christmas Wishes”
A 15-meter-tall Christmas tree in front of the luxury liner S.S. Columbia in American Waterfront and lots of other colorful Christmas decorations will create a heartwarming atmosphere that fills the Park during the special event “Christmas Wishes” at Tokyo DisneySea. Guests will enjoy the daytime show at Mediterranean Harbor, as well as the nighttime show with its sparkling Christmas tree on the harbor waters. In addition, the illuminations in American Waterfront and other elements add variety to the Guests’ holiday experience.

January 1 – 5, 2018
New Year’s Programs at Tokyo Disneyland and Tokyo DisneySea
Both Parks will celebrate the start of the year with colorful Japanese-style New Year’s decorations at the entrances, traditional New Year’s cuisine and merchandise featuring the zodiac animal for the year. Mickey Mouse and his Disney Friends will be dressed up in kimono to welcome Guests in Japanese style.

January 11 – March 19, 2018
Special Event at Tokyo Disneyland: “Anna and Elsa’s Frozen Fantasy”
This special event will be themed to the Disney film Frozen. Tokyo Disneyland will be transformed into the world of Anna, Elsa and their friends through a lively parade, and other
elements, including decorations around the Park featuring Snowgies and snowflakes. Also, for a limited time, Guests will be able to enjoy a new version of the nighttime entertainment at
Cinderella Castle. The powerful and unforgettable presentation projected onto the castle tells the heartwarming story of Anna and Elsa through scenes and music from the film Frozen. 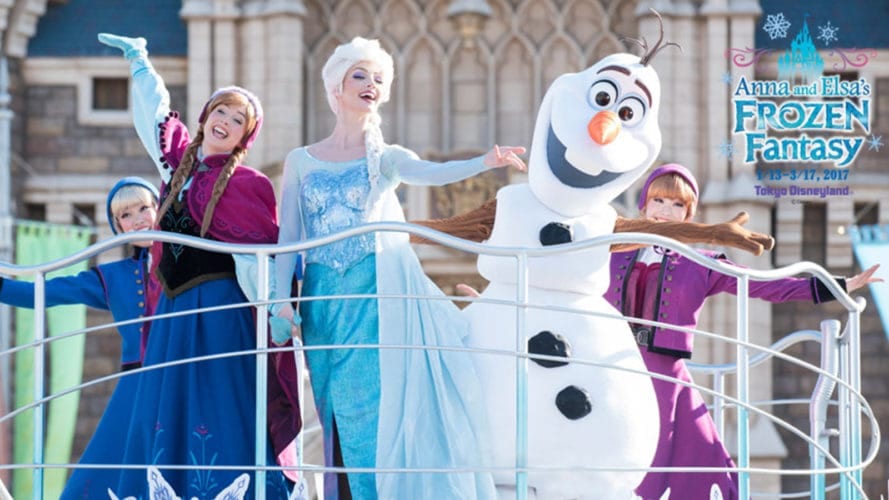 Duffy-related program at Tokyo DisneySea (dates TBA)
Guests will enjoy the gentle and heartwarming world of Duffy and his friends, ShellieMay and Gelatoni, in this program that offers merchandise and menu items, as well as photo locations where delightful keepsake photos can be taken.

Event titles, contents, and dates are subject to change. For more information about the Tokyo Disney Resort, visit tokyodisneyresort.jp/en/ and watch all our videos from Attractions Magazine’s recent trip to the Tokyo Disneyland and Tokyo DisneySea:

Take your Disney Style to the next...