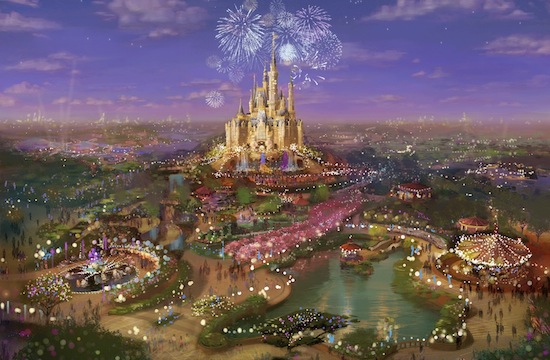 Pudong New District, Shanghai, China – Well it finally happened. After literally years of on-again, off-again agreements between Disney and various Shanghai China entities, an official groundbreaking for a new Disney park took place on April 8, 2011. This symbolic turning of a few shovels full of dirt marked the end of all the negotiations that had more ups and downs than Space Mountain, Expedition Everest and the Rock ‘n’ Roller Coaster combined! 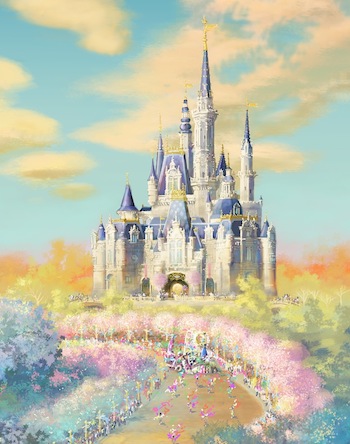 Shanghai Disneyland, the actual park area, will be cover 225 acres while the Magic Kingdom in Orlando is 107 acres. There will be two on-site hotels, one value and one deluxe, with a total of 1,220 rooms. The shopping, dining and entertainment area will be approximately 300,000 square feet of retail space. This is roughly the size of the Downtown Disney in California.

The resort is a joint venture between The Walt Disney Company (43 percent) and The Shanghai Shendi Group Co, Ltd (57 percent) and will represent a $4.4 billion investment. Construction is expected to take five years. 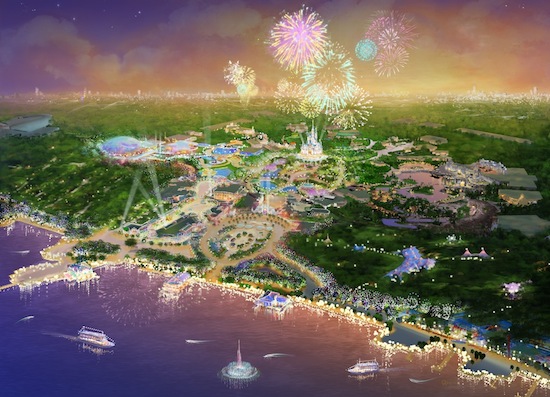