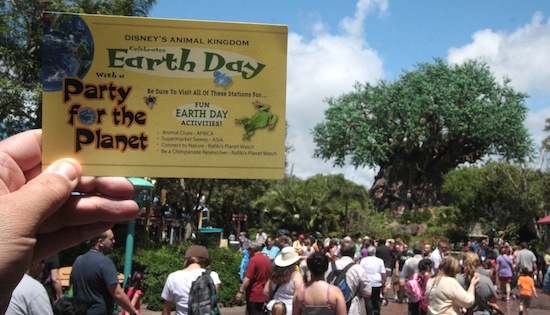 It’s been a whirlwind of activity in Walt Disney World lately. Test Track closed down for refurbishment and an a capella singing group now performs in front of the construction walls. The Orange Bird mascot has returned in a big way to the Sunshine Tree Terrace at the Magic Kingdom (and on merch). At Disney’s Animal Kingdom, Earth Day (and the park’s anniversary) was celebrated with special booths and activities. At Innoventions, the former House of the Future has reopened as the Vision House, with an emphasis on green (sustainable) technologies.

All that, plus we bring you more pictures of Fantasyland, including a peek over the wall at the coming Casey Jr. splash zone and from the Seven Dwarfs Mine Coaster, taken from Dumbo.