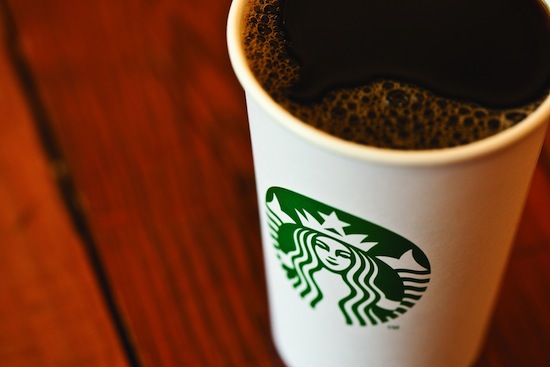 Early this morning, Disney and Starbucks announced that all six of their United States theme parks will soon be getting Starbucks locations.

The first opening will be in June at Disney California Adventure’s Fiddler, Fifer and Practical Café on Buena Vista Street. Each Starbucks location inside a Disney park will reflect the theme of its surroundings.

“We know food and beverage offerings are an important part of the memories our guests make at Disney Parks and now they will be able to enjoy their favorite Starbucks beverage as part of their experience,” said Maribeth Bisienere, vice president, food and beverage line of business for Walt Disney Parks and Resorts. “Many of our guests have shared their passion for Starbucks with us, and we look forward to making their feedback a reality as we debut the first location at Disney California Adventure.”

The other five Starbucks locations or opening dates haven’t been specifically announced, but there will be one in each of the other Disney parks: Magic Kingdom, Disneyland Park, Epcot, Disney’s Hollywood Studios and Disney’s Animal Kingdom.

“This is something our customers and partners (employees) have asked for through MyStarbucksIdea.com since the site launched more than four years ago, so we are pleased to bring this idea to life,” said Arthur Rubinfeld, president, global development, for Starbucks.

Menu items will include coffee, espresso, frappuccino, breakfast and other sandwiches, pastries and desserts. Each location will accept Starbucks gift cards and will be run by Disney cast members. All of Disney’s current coffee locations will remain.

‘The Haunted Mansion – Call of the...