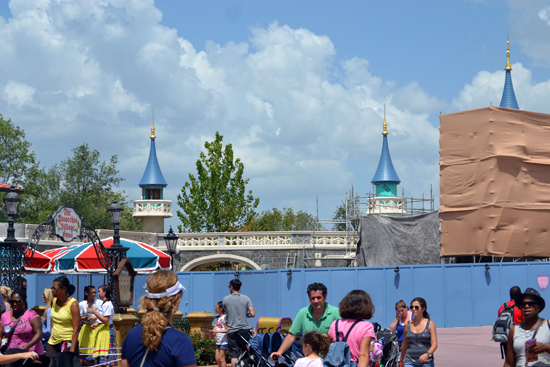 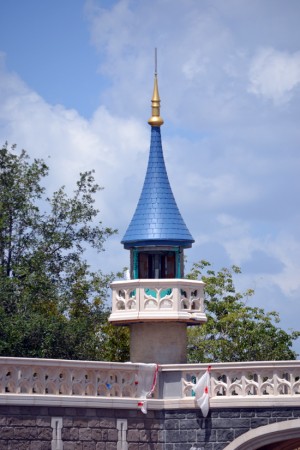 The castle wall turrets are now installed and looks fantastic along the the perimeter of the New Fantasyland. 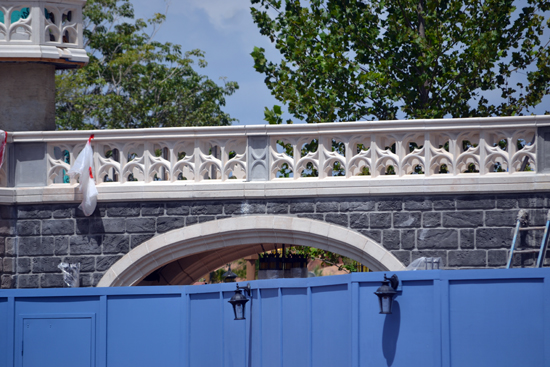 The archways are also nearing completion with lighting now being installed. 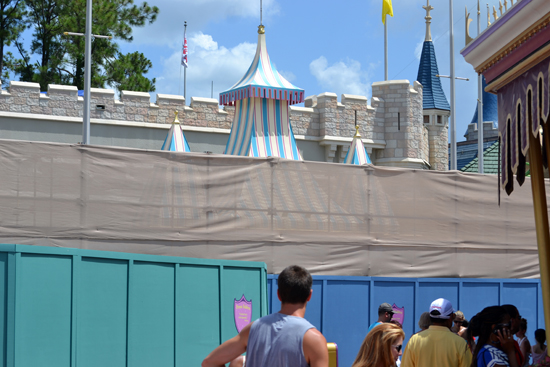 Scaffolding is up at the former home of Snow White’s Scary Adventures. It will make way for Princess Fairytale Hall next year. 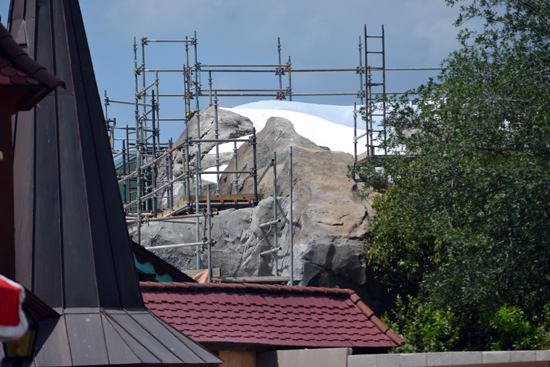 Painting is still taking place on the rock work by the Beauty and the Beast area. 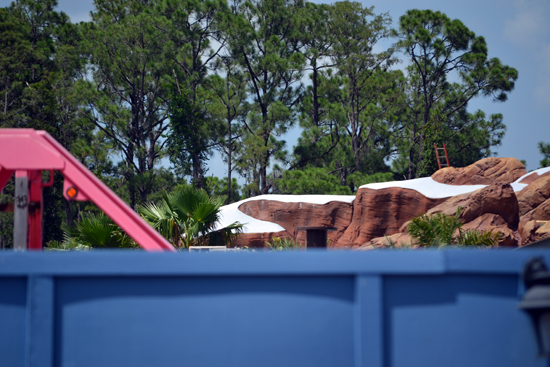 The facade for The Little Mermaid attraction looks complete with palm trees installed and water running. 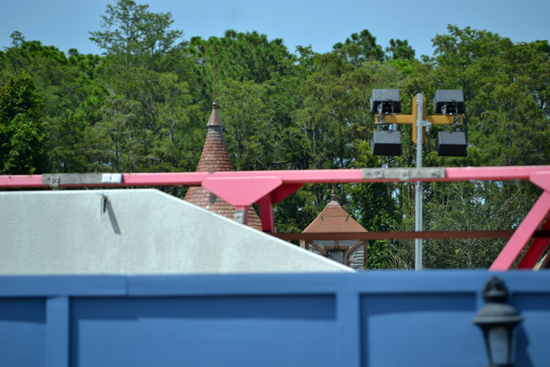 The village in the Beauty and the Beast area is shaping up as well, with the buildings looking close to completion. 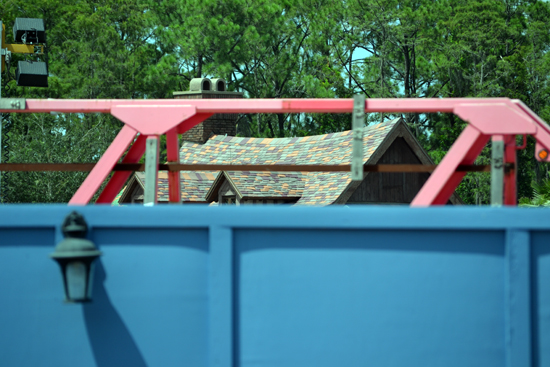 Here is a look at another one of the buildings in the village. 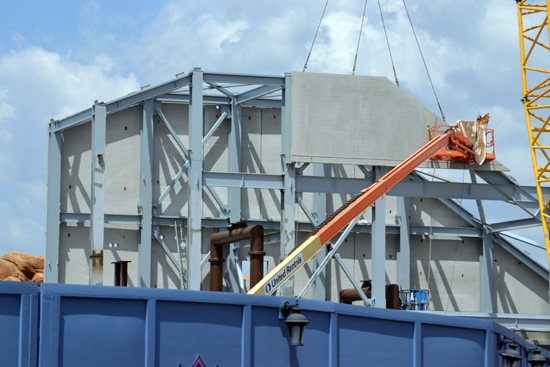 Walls are going up on the future home of the Seven Dwarf’s Mine Train ride.

The scale of this attraction is massive and will definitely be the centerpiece of the expansion once it is open in 2014. 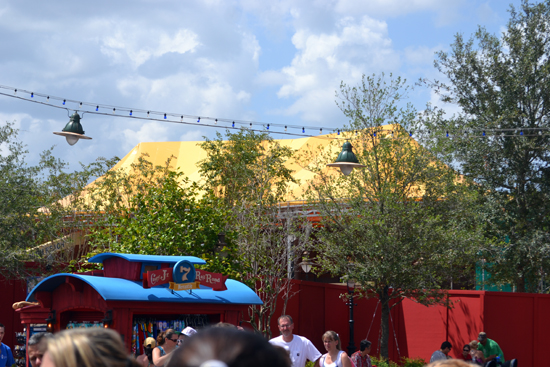 Over in Storybook Circus, the final tent recently received its outer skin. 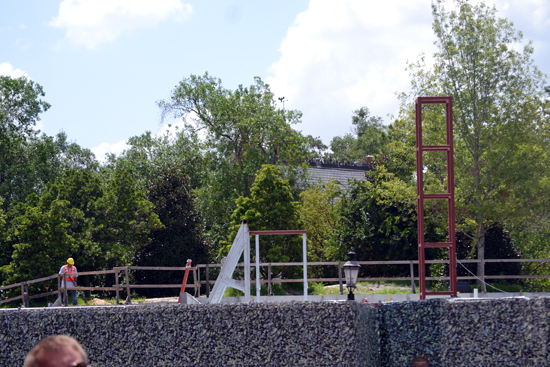 The new restrooms across from Peter Pan’s Flight and rumored Tangled themed area are progressing slowly.

Most of Storybook Circus is now open with only the merchandise tent and a meet and greet tent to open in a couple of months. Before the 2012 holidays, the following will be open: Under the Sea ~ Journey of The Little Mermaid, Enchanted Tales with Belle, Be Our Guest Restaurant, Gaston’s Tavern and Ariel’s Grotto.

Princess Fairytale Hall is set to open in the former Snow White location in 2013 and the final area of New Fantasyland, the Seven Dwarfs Mine Train ride, is supposed to open in 2014.

I doubt that the Storybook Circus tents will be opening anytime before early 2013.