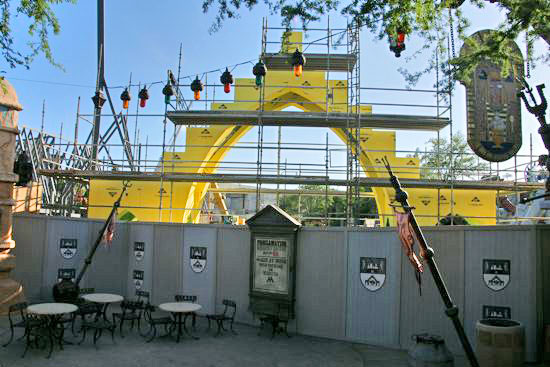 Let’s start our update with what’s most interesting to most people, The Wizarding World of Harry Potter. You can compare the above photo with a part of the concept art below. It looks to be the entrance to the new “world”. I took this picture by the old entrance to Dueling Dragons. 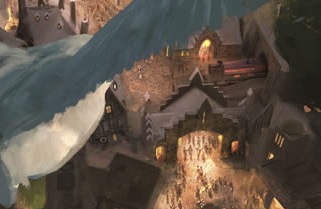 Just past that entrance to your left is this building … 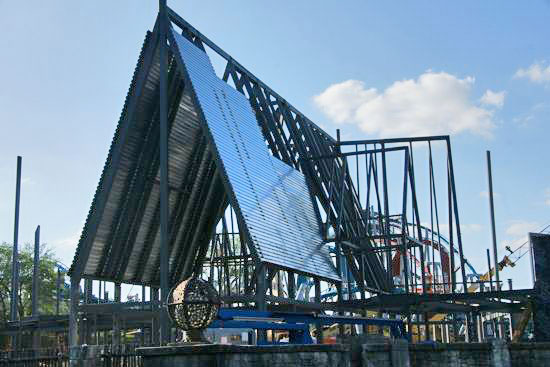 You can compare it to the below concept art. I took this from the new bridge. The building stands where the Enchanted Oak Tavern used to be. 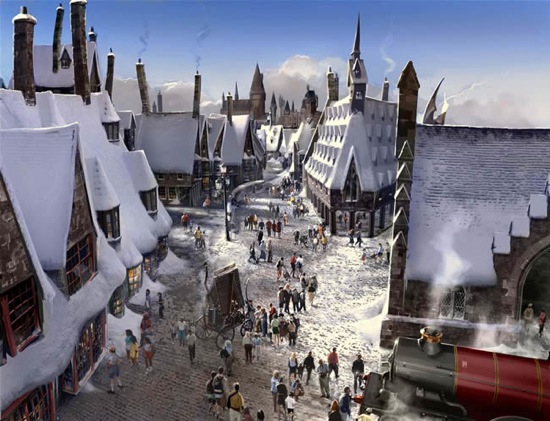 My last Harry Potter update picture is of what’s been known so far as the big gray box. 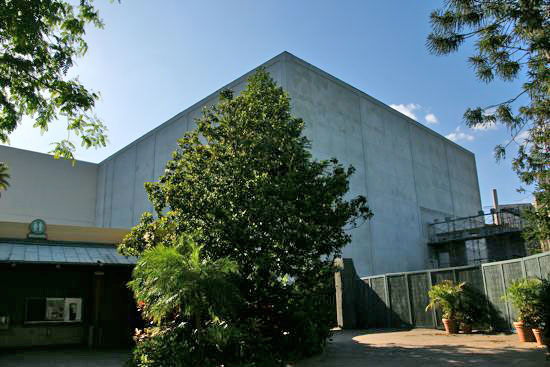 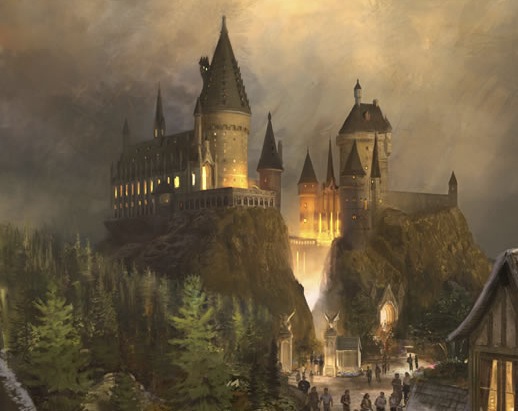 I’m guessing that most of the outside of the building will be covered with the rocks and moss as seen in the above art and the towers and spires will be added later. 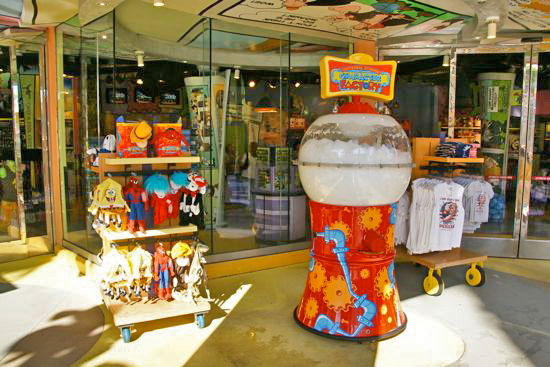 On to some non-Potter things. Universal is catching on to the stuff your own toy craze. Here you can choose from SpongeBob to Spider-Man to stuff. SeaWorld also has an area to stuff your own Shamu and other animals. I haven’t seen a place at Disney to stuff your own Mickey yet, but you can Build-A Dino at the T-Rex restaurant at Downtown Disney. 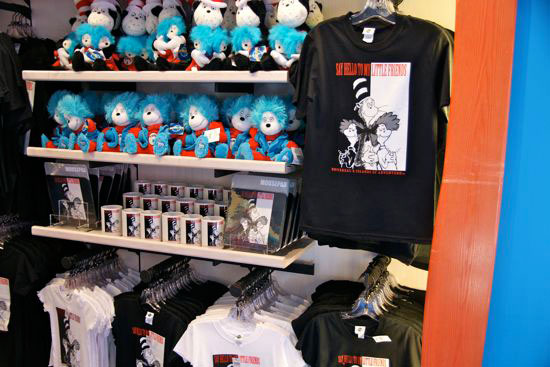 Some cool new Cat In The Hat items. 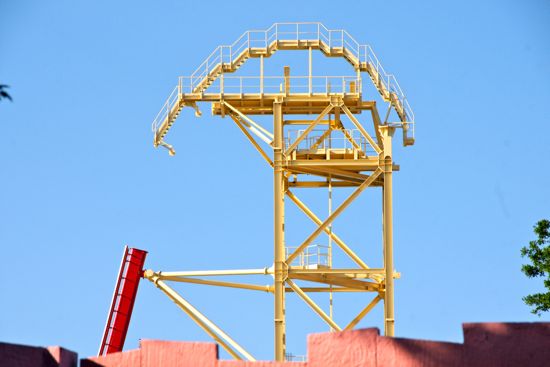 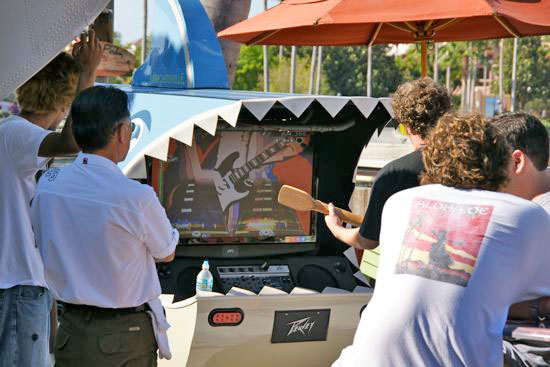 And finally, this caught my eye near the Margaritaville outside bar. It’s a portable Guitar Hero game on the back of a golf-cart shaped like a shark.