Star Wars: Galaxy’s Edge is the largest and most ambitious land project ever by Walt Disney Imagineering. Two of these Star Wars themed lands are coming to Hollywood Studios at Walt Disney World and to the Disneyland Park at Disneyland Resort. This article will focus on the construction at Disneyland. All photos were taken on March 18, and provided to us by Nearmap. 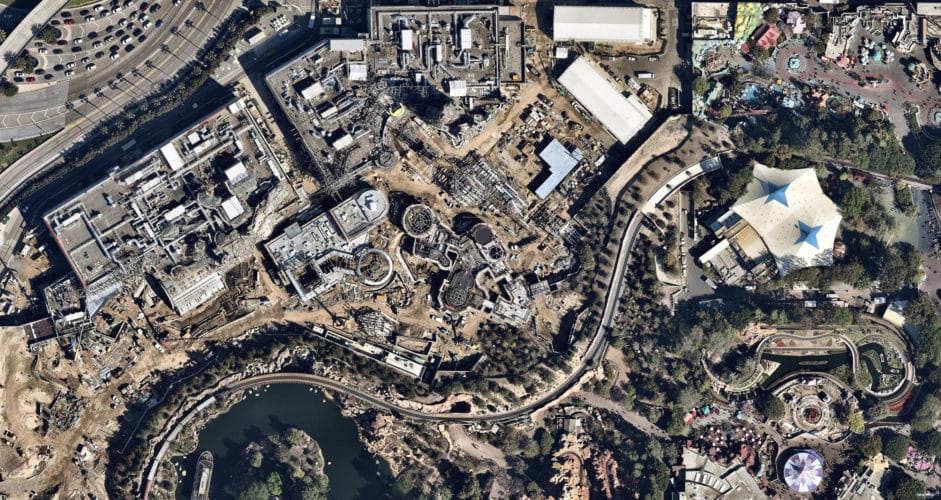 This first shot helps to showcase the immense size of Star Wars: Galaxy’s Edge. The land will be touching parts of Mickey’s Toon Town, Frontierland and Fantasyland. The total area of the land will be close to 14 acres. Upon opening, Star Wars: Galaxy’s Edge will be almost 1/7th of the entire land space of the Disneyland park. You can also see how the Disneyland Railroad track has been altered to accommodate the land, which caused the railroad to turn left for the first time ever. 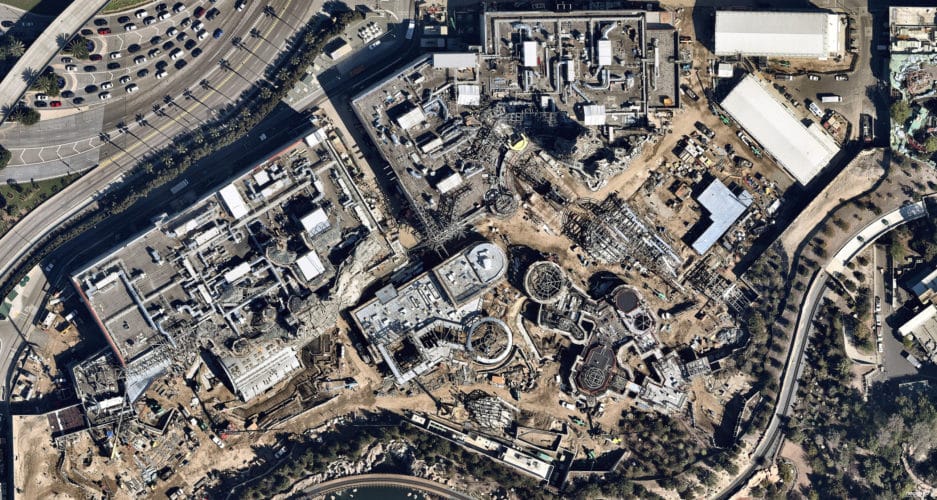 Focusing on just the land, we can see the massive show buildings for the two E-ticket level attractions coming to the land. On the left will be a trackless ride that will take guests into the middle of a battle on a Star Destroyer, against the First Order. The second attraction near the top will allow guests, for the first time ever, to pilot the Millennium Falcon. 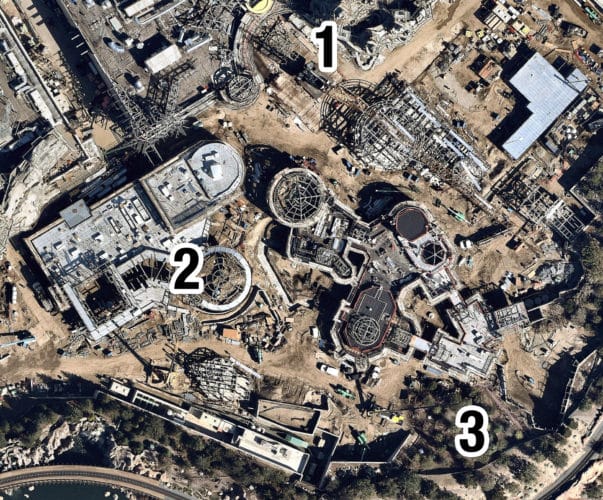 If we zoom in towards the shopping and dining area we see major progress on key projects. 1 shows the first part of the body for the full scale Millennium Falcon. Outside of the attraction, based on the same iconic ship, will be a model perfectly recreated from the film. Guests will be able to see firsthand the scale of the ship that made the Kessel Run in less than twelve parsecs. 2 is presumably the marketplace shopping area, with its open top construction. More on that at the end of the article. 3 shows the main entrance area guests will take to enter Star Wars: Galaxy’s Edge from Frontierland. 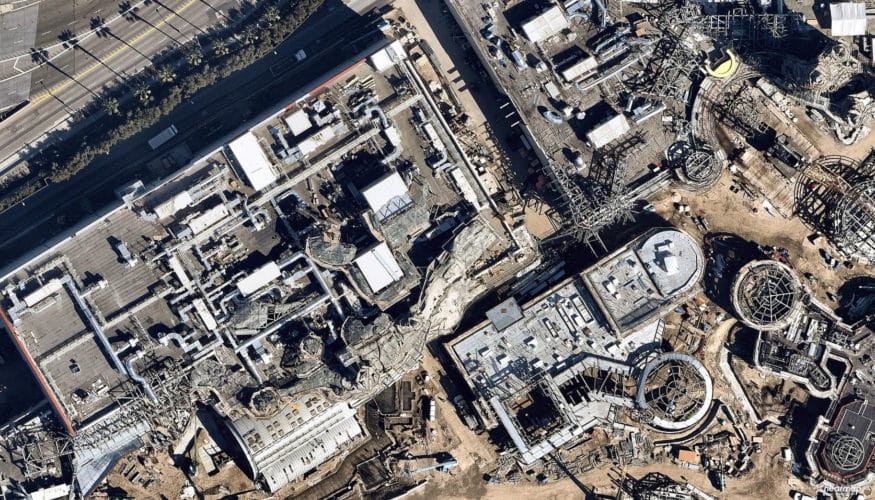 Upon zooming in, it is easier to see that the wire mesh is being applied for the rock work exterior of the show buildings. For a better comparison of size, look at the large transport trucks hiding behind the show building at the top left. 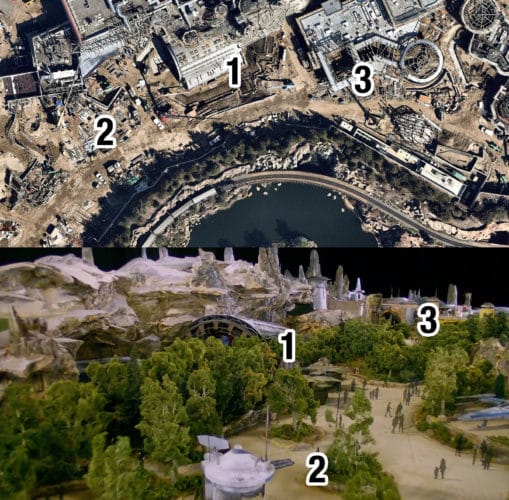 The last photo shows the outskirts of Galaxy’s Edge. We know this side of the land will focus heavily on the Rebels and the Resistance. 1 shows a starship hangar type building. We may see some X-Wings or other Resistance type starships in the hangar. 2 shows the area where there will be Resistance turrets and an X-Wing fighter. 3 shows the main entrance back into the city area of Galaxy’s Edge. Based off of the open roof design, it is most likely the entrance to the marketplace shopping area, picture below. 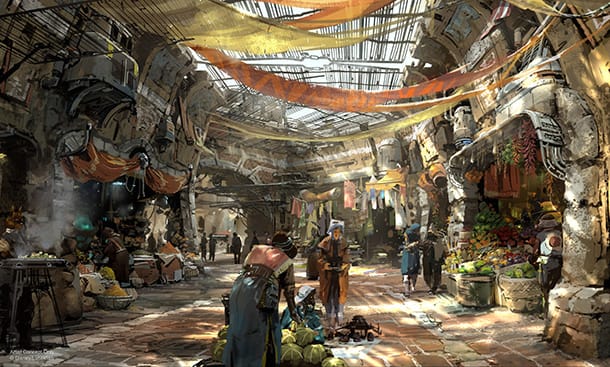 The Avengers were clueless about ‘Avengers: Infinity War’

A look at Downtown Disney’s first ever...