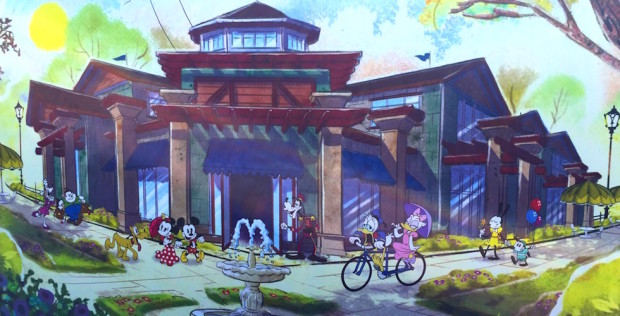 We braved the traffic and parking issues and headed to Downtown Disney Sunday afternoon to see what was new. A lot of Downtown Disney is under construction right now as they convert to Disney Springs with new stores and restaurants. It’s all expected to be complete in the next couple of years.

Let’s start our update out on the street and head from the West Side to the Marketplace.

Here’s a look at a new pedestrian bridge over Buena Vista Drive for those who park across the street. It’s not open yet. 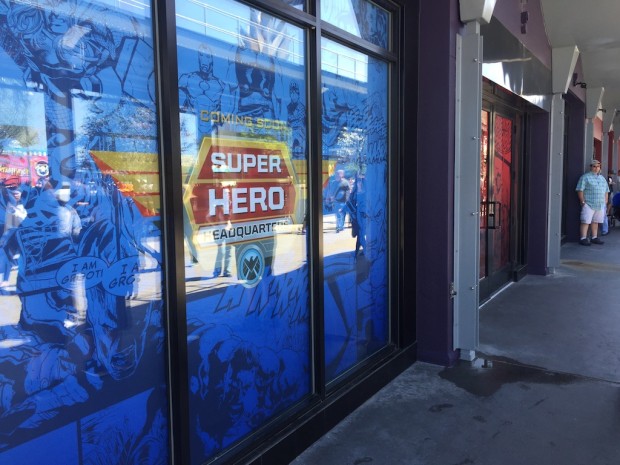 The soccer store in the West Side recently closed. It’s going to become a Super Hero Headquarters store. Essentially it will be an all Marvel merchandise store. It will be owned and run by Disney. 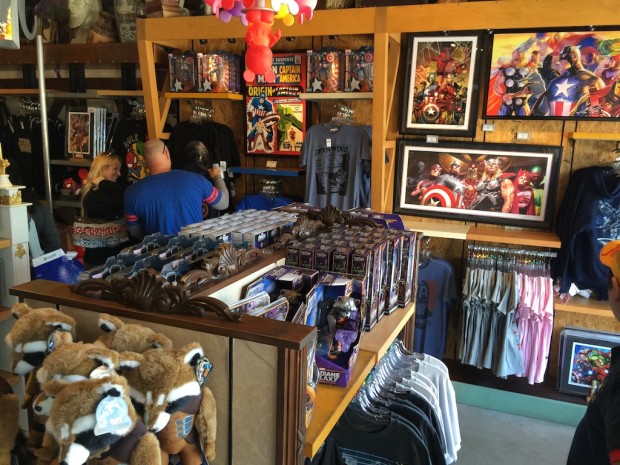 This will give you an idea of what the store will sell. All this Marvel merchandise in the D Street store next door will be moving to the new store. This area in D Street will be filled with Star Wars merchandise. 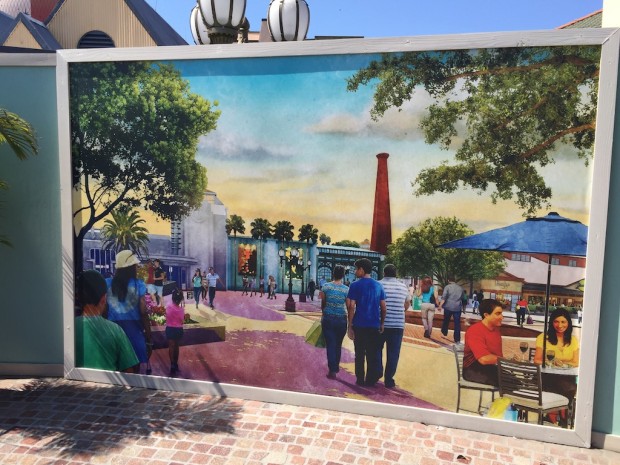 This is some new concept art on the construction walls in the former Pleasure Island area. The area shown is approximately where the old Adventurers Club stood. 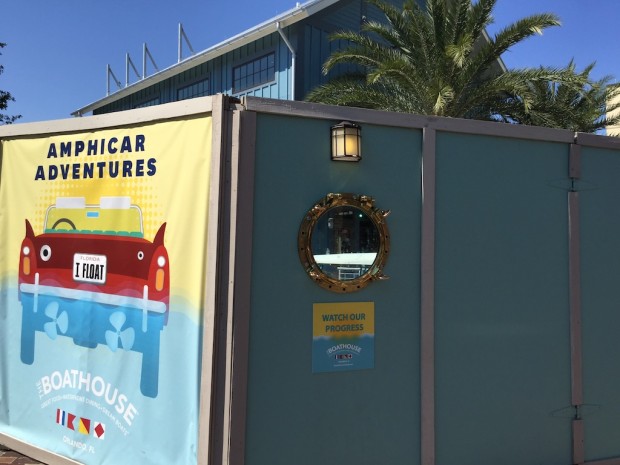 The Boathouse restaurant looks like it should be opening soon. They added a peek window in the construction wall. Let’s look inside … 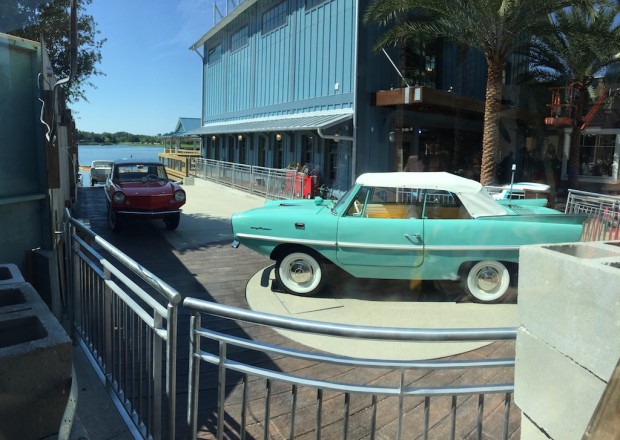 Here are some of the Amphicars that guests will be able to take out onto the lake. They drive on land and water. We’re not sure if guests will drive them or if you’ll be driven around. The original story for The Boathouse says, “There will be guided Amphicar rides that launch from land, entering the water with a splash, taking guests on a 20-minute tour of the landmarks of Disney Springs.” 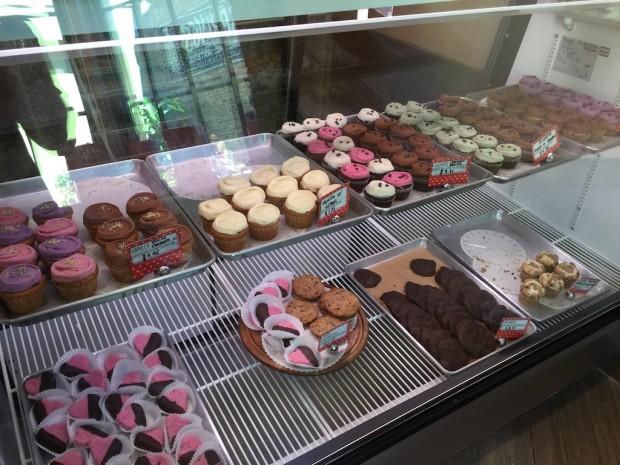 We stopped into the new Erin McKenna’s Bakery and bought a piece of chocolate cake. It was good, but not as good as you’d expect it to taste. That’s because everything in the bakery is dairy, egg, soy and gluten free.

We stopped by Starbucks in the marketplace to find something to wash down our chocolate cake. We saw this sign telling that it’s the 20th birthday of the frappuccino and they were selling a special birthday cake one. 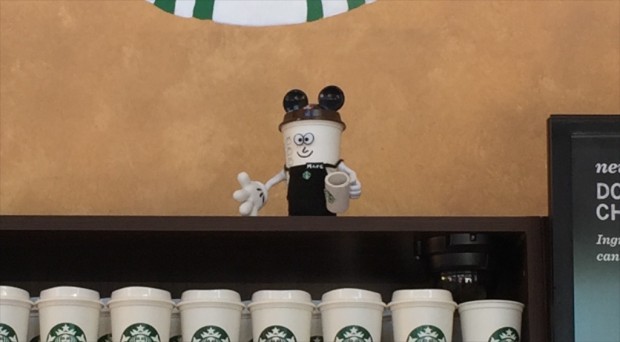 We also noticed this little guy with Mickey Mouse ears and gloves up on the shelf. His name is Marc. 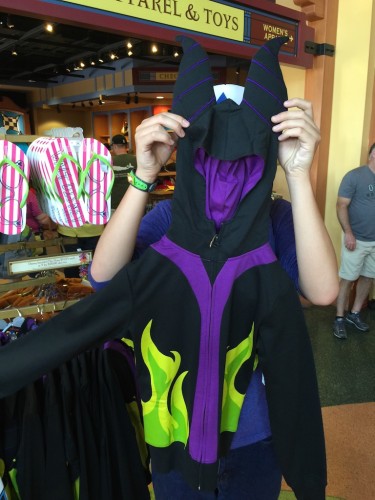 We spotted this new Maleficent jacket, complete with horns, for sale in the World of Disney. 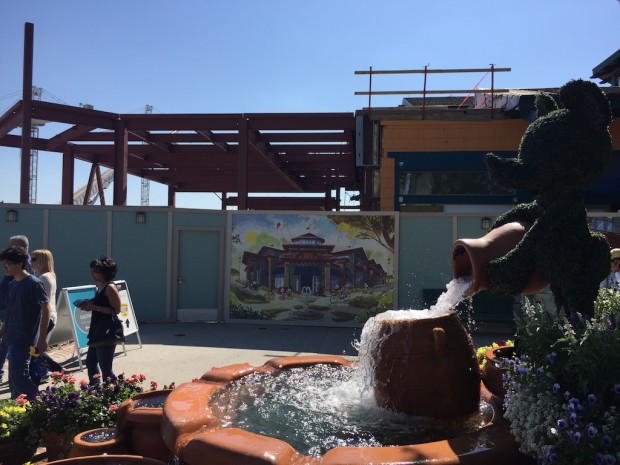 Here’s a look at some construction on the parking lot side of World of Disney. We’re not sure if they are making World of Disney larger or just building a new entrance. Scroll up to our top photo for close-up look at the cool Disney character concept art on the construction wall by Disney artist Lon Smart. 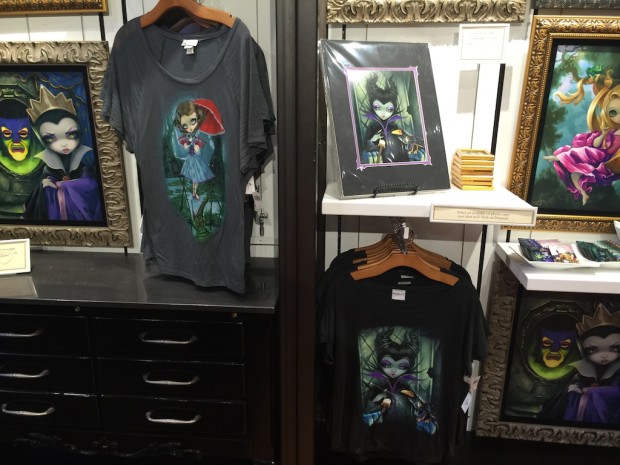 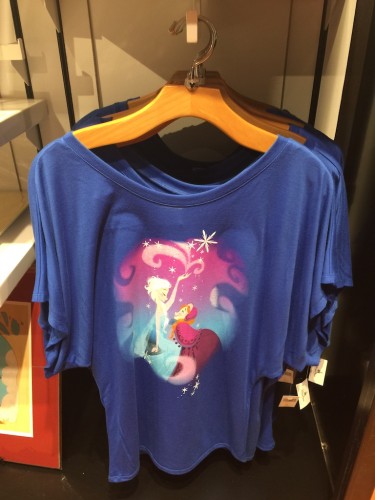 Here are some neat Haunted Mansion, Maleficent and Frozen T-shirts and other items for sale in the new WonderGround store inside the Marketplace Co-Op. 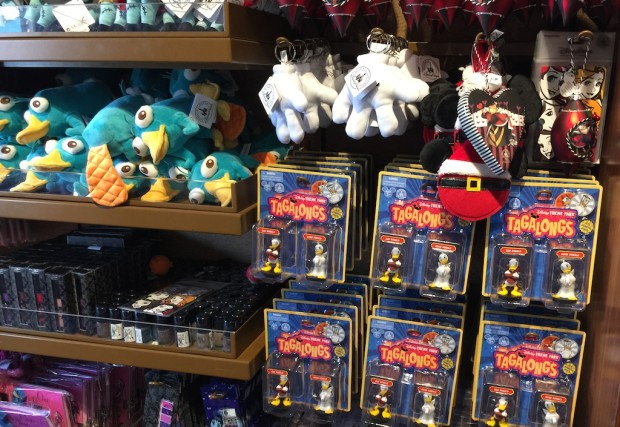 I’m not sure if they’re discontinuing them or if they just had extra Donald Ducks, but these TagAlongs and other items shown were marked down to $4 each in the Fun Finds store. The store used to have deals throughout, but now this is the only section on sale. 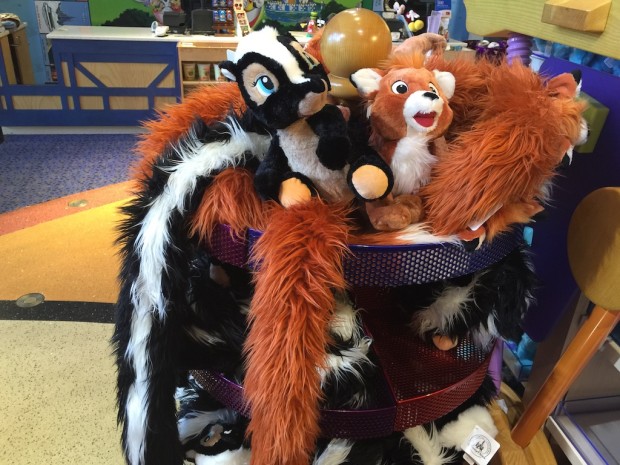 We end our update with a look at these new plush toys with long tails for sale at Once Upon a Toy.

PS. If you follow us on Twitter or the new Periscope app, you may have see some of these updates live as we were live streaming part of our walk on Sunday. Watch for future live updates from the parks and attractions.

Take a peek inside the Seven Dwarfs...