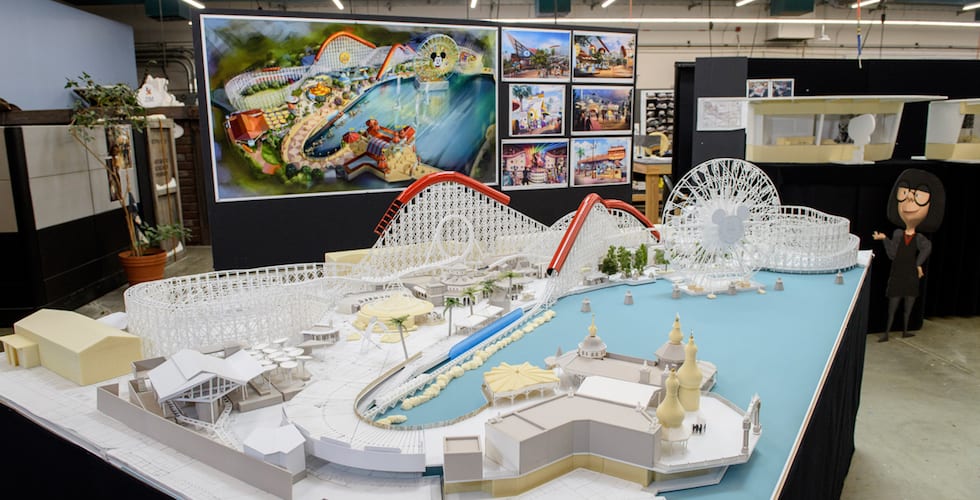 The Disney Parks Blog revealed a first look at Pixar Pier with a working model that’s currently in use at Walt Disney Imagineering.

As part of the “12 Days of Disney Parks Christmas,” the Disney Parks Blog revealed a first look at the working model of the park currently in use at Walt Disney Imagineering. Featuring newly themed attractions, food and merchandise, this new land will introduce neighborhoods that represent different Pixar stories. 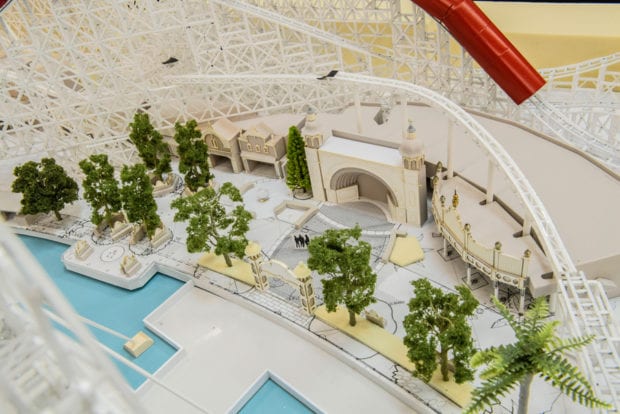 A look at the Games of the Boardwalk area, which will feature many different Pixar characters.

Another neighborhood coming to Pixar Pier will be a variety of Pixar stories. With this neighborhood, each of the 24 gondolas on what is currently Mickey’s Fun Wheel will feature different pairs of Pixar characters. At the Games of the Boardwalk, all of the midway games will be inspired by characters from films including “WALL-E,” “A Bug’s Life,” and the Pixar short “La Luna.”

Pixar Pier will open in summer 2018, during the park’s first-ever Pixar Fest celebration, which starts on April 13. This celebration will also bring the new “Together Forever – A Pixar Nighttime Spectacular” fireworks show, as well as the return of “Paint the Night” and “Pixar Play Parade.”