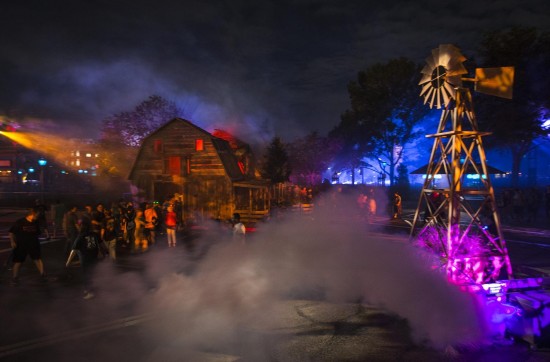 Halloween Horror Nights 23 is now underway at Universal Studios Florida. Here are my thoughts of each house and show, as well as this year’s street experience. 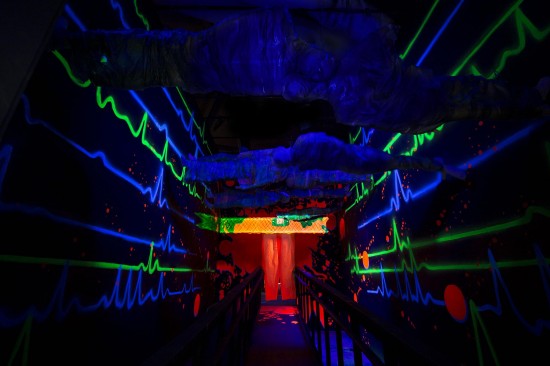 This is the 3D maze for this year’s event. Visually all the effects are neat with the 3D glasses, but I was too distracted by the visuals to be scared at all in the house. There were some points I got really disoriented, which can be a great effect for a house, but here it just felt like an inconvenience. Unfortunately it ended up being my least favorite house this year.

An American Werewolf in London 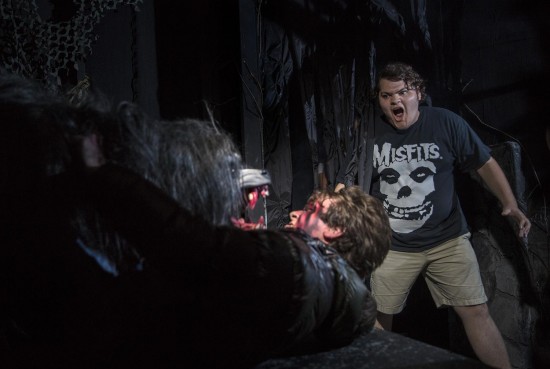 I love the houses based off intellectual properties because it gives you the opportunity to step right into your favorite film, TV show or game, and this house is no exception. Holy moly, the werewolves in this house are scary! They did a great job bringing this classic film to life. Be sure to spot a reference to Doctor Who while walking through. Even though it wasn’t my favorite, it is a close second. 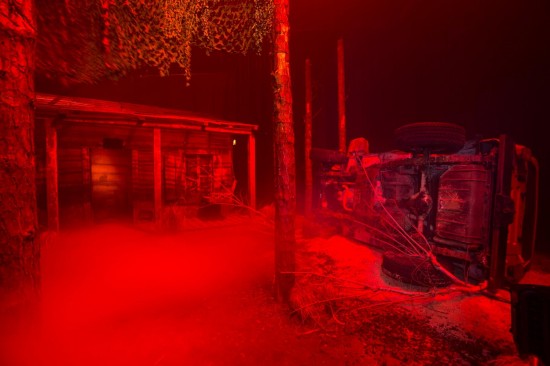 I’ll admit, I haven’t had the chance to see this remake yet, but that didn’t take away from my enjoyment of this house. There were a lot of gory scenes and great scares. The finale was the only place I spotted someone weilding a chainsaw all night, so that was a big plus for me. Fans of the remake will no doubt love going through this house. 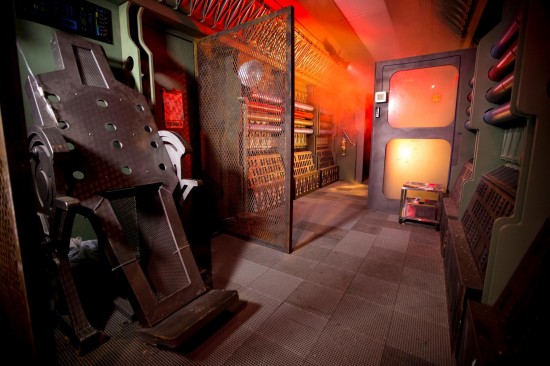 I wasn’t a fan of the original house in 2010, and unfortunately this was another house I wasn’t too impressed with this year. The actual derailment scene was very disorienting in a good way. I actually had a hard time keeping up with the people in front of me, trying to navigate through a bunch of hanging props, which freaked me out a bit. Other than that, the scareactors got really repetitive and the finale didn’t feel grand. 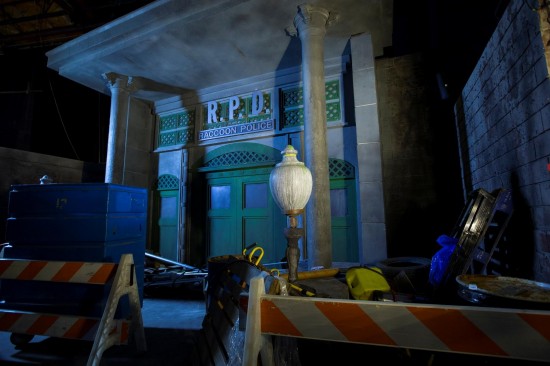 This was the most anticipated house for me because I am a huge fan of the video game series, and boy, it didn’t disappoint. It was like I was thrust right into the second and third installments of the games. I was geeking out the whole way, noticing little easter eggs from the game, screaming at the Licker and Hunter, being blown away by Nemesis. It’s a little on the short side, but where it lacks in length, it makes up with detail and scares.

The Cabin in the Woods 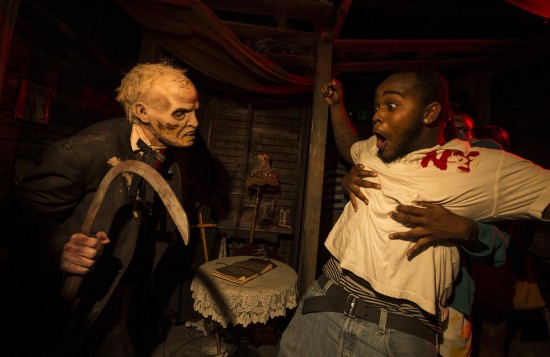 This was by far my favorite house this year. I hadn’t seen the film until recently, when it was announced as a house for Halloween Horror Nights, and I quickly fell in love with it. They brought it to life at Universal, and it’s such a fun house to walk through. There are great scares and amazing sets. The elevator scene is the goriest scene in the film and is faithfully recreated in the house. Be sure to keep an eye out for past Halloween Horror Nights icons as well.

The Walking Dead: No Safe Haven 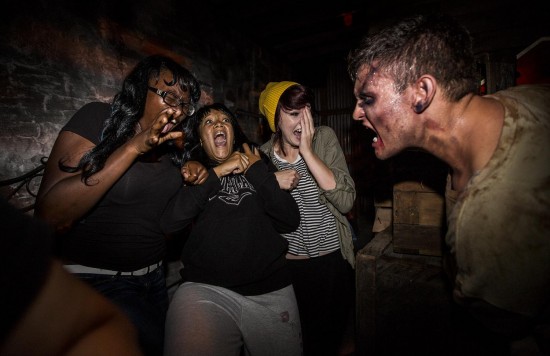 I haven’t watched the AMC series as much as I should, but regardless I thoroughly enjoyed this house. It didn’t feel as rushed as the house last year, thanks in part to it being only based off of season 3. The prison set is great and the maze includes several recognizable characters, locations and props throughout. The finale is one big chaotic moment sure to scare many. I you hear the phone ringing, try to answer it. 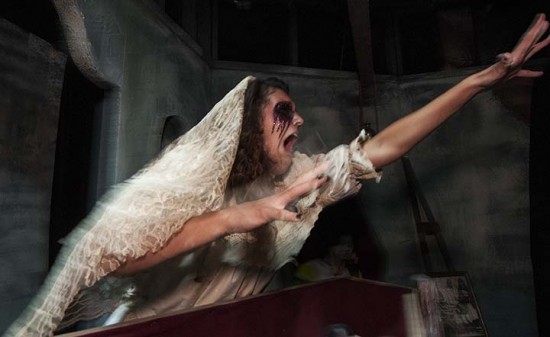 This was a surprise hit for me. The story is very dark and there are some disturbing visuals inside, but that’s what made this a favorite of mine – the fact they went where they did with it. I had the most scares here. The mother gets scarier and scarier as you progress through the house. By the finale, I was shaking and ready to leave, then she jumped out at me. This house is a must-do! 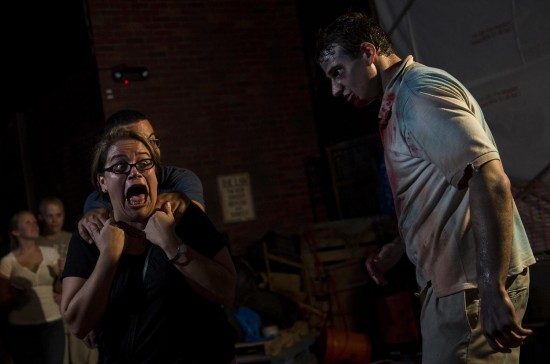 The Walking Dead took over the entire street experience this year, and it was great to see the return of set scare zones! There were a lot of recognizable locations from the three seasons of the show. Hershel’s barn is a great mini-house to walk through and get some scares, Atlanta has a lot of bodies and walkers chowing down, the campsite has some fun gags. It can feel a bit repetitive with all the walkers/zombies, but it’s still a fun experience with some great details.

Always a crowd favorite, Bill & Ted are back with a show that actually feels like a “Halloween Adventure” set at a summer camp. There are tons of great jokes littered throughout the show, including some hilarious jabs at Disney. The show had a strong start and finish, but the middle dragged a bit and the villain wasn’t as good as in years past. Of course this show is constantly being tweaked throughout the event, so things could change, but it’s still a must-see show at halloween Horror Nights.

Believe it or not, I am actually a Rocky Horror virgin. I have never seen the film before. Regardless of that, I really enjoyed this show. It featured many iconic moments from the film that someone like me, who hasn’t seen it, should still recognize. This is the return of the show after years of absence, but I’d like to see this stay for a while. Lots of guests were into it.

All-in-all, Halloween Horror Nights 23 is probably my favorite year since I started going in 2010. There are a lot of great things you do not want to miss!

Be sure to check out our videos from this year’s event and watch the Sept. 26, 2013 episode of Orlando Attractions Magazine: The Show for a full report:

I wish I was there