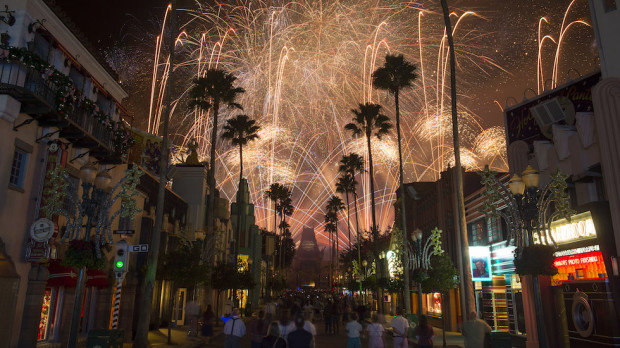 EDITOR’S NOTE – Jan. 25, 2016: Clarification was made regarding Universal’s agreement with Marvel. Thanks to Attractions reader “RPG” for providing more information on Marvel and Universal Orlando’s contractual arrangements. E.T. Adventure’s rumored fate and further clarification on Nintendo Land in KidZone were added after an anonymous source contacted us.

Happy New Year, everyone! It seems like our rumor roundup has become an annual tradition, and I’m OK with it. Recently, I moved to a new tree — it was from a juniper to a pine tree, if you’re curious — which left little time to pen this column. I apologize for its late arrival.

Without further ado, join me, your fine-feathered friend on a rumor roundup for 2016.

The rumored attraction is described as a “trackless” motion simulator geared toward a general audience, which is congruent with the movie of course. The location for the experience in Universal Studios Hollywood is rumored to be Soundstage 28. In Florida, the location isn’t as concrete. The consensus seems to be Toon Lagoon Amphitheater in Islands of Adventure. However, a source disclosed that Shrek 4D is now rumored to close for this new experience.

Cars Land and Monster’s Inc. Land for Disney’s Hollywood Studios
In Spring 2015 Disney CEO Bob Iger affirmed during a shareholder meeting that Hollywood Studios would be getting a new moniker. The name I’ve heard tossed around the rumor mill most is “Disney’s Hollywood Adventure,” which is evocative of the park’s new direction with its announced Toy Story Land and Star Wars Land expansions.

Universal Orlando is rumored to be planning to hold Halloween Horror Nights 26 at both Universal Studios Florida and Islands of Adventure. The impetus for this being the need to disperse the major increase in crowds.

With The Incredible Hulk and Skull Island: Reign of Kong opening before Halloween Horror Nights 26, there would be an appeal in having guests venture over to Islands of Adventure during the seasonal event.

I was given an oblique rumor that Art and Design are making multiple pitches with a theme and icon, but no details were given. Here’s a rapid fire list of properties being considered for Horror Nights 2016: American Horror Story, Krampus, H.P. Lovecraft, Alfred Hitchcock, The Texas Chainsaw Massacre (1974), Ash vs Evil Dead, The Purge, and The Walking Dead.

DisneyQuest to Remain Open Until 2017
It seems DisneyQuest will elude being demolished until 2017. The plan was to close the five-story interactive experience for the NBA Experience. Rumors suggest this is no longer the case. The deal is rumored to have fallen through due to creative disagreements and budget constraints, which means plans for the site will need to be reconfigured before DisneyQuest can be closed. We’ve officially heard DisneyQuest will remain open most of, if not all of, this year because the NBA Experience planning was just getting started. We shall see.

The Avengers to Assemble at Islands of Adventure
Once The Incredible Hulk’s refurbishment is completed in 2016, Universal is rumored to announce an overhaul of its Marvel Super Hero Island. Dr. Doom’s Fearfall, Storm Force Accelatron and Cafe 4 are rumored to be on the chopping block for a new Avengers attraction utilizing ride vehicle technology from Harry Potter and the Escape from Gringotts.

There’s a persistent rumor floating around that Disney and Universal have come to an agreement regarding the use of Marvel’s overflowing repository of characters. The specifics are unknown, but I suspect if it’s true, we’ll know more when The Incredible Hulk reopens in 2016.

I’ve been told that if the rumored negotiations don’t pan out, Universal could in theory base the attraction on a comic iteration of The Avengers and use computer-generated animation, à la The Amazing Adventures of Spider-Man attraction. Universal Orlando Resort owns the rights to Marvel’s characters in perpetuity and the The Incredible Hulk renovation proves that Marvel Super Hero Island isn’t going anywhere.

EDIT – Jan. 25, 2016: Universal Orlando Resort controls the exclusive rights to many of Marvel’s comic characters east of the Mississippi River in perpetuity, and the The Incredible Hulk renovation proves that Marvel Super Hero Island isn’t going anywhere. It should be noted Universal doesn’t control every Marvel character, as costumed characters from the Guardians of the Galaxy have appeared at Disney World.

Nintendo Land to Replace Universal’s KidZone
KidZone is rumored to be demolished, in a move that that will get Nintendo’s properties in the park as soon as possible. Curious George, Animal Actors, Barney, Fever’s Playland, KidZone Pizza, SpongeBob StorePants and Parade Building 79 are all rumored to be on the chopping block for Nintendo’s iconic plumber and his companions.

A source disclosed that the following is rumored for the space: a trackless Mario Kart attraction, a Nintendo store and a retiming of Woody Woodpecker’s Nuthouse coaster with a Nintendo property.

EDIT – Jan. 25, 2016: A source contacted us and revealed a rumor that Universal Orlando intends on demolishing E.T. Adventure. The original intention was to preserve the ride, but due to its now antiquated and worn down components, it’s in need of an extensive renovation. Per this source, rather than invest in a refurbishment, Universal Orlando would rather create a new attraction based on a Nintendo property.

There are rumors Nintendo would be part of a third potential park, but I remain skeptical. This would put the inclusion of Nintendo far down the line, as a third park is off the docket for a few years. KidZone is in need of an overhaul and Nintendo would be a great fit for the space.

EDIT – JAN. 25, 2016: Universal Creative is collaborating with Nintendo and fleshing out other concepts. A construction start date is unknown.

Marvel Super Hero Land Bound for Disney’s California Adventure
While Universal Orlando owns Marvel’s properties in perpetuity on the East Coast, Universal Hollywood does not, leaving Disneyland Marvel’s repertoire of characters at their beck and call.

A themed land expansion in Disney California Adventure is rumored with a new immersive experience featuring Marvel’s Avengers in what was described to me as a more “immersive” version of Universal’s Transformers ride. Rumors around the web suggest the location for this expansion to be on space behind The Twilight Zone Tower of Terror.

This expansion is inevitable given the popularity of Marvel’s Cinematic Universe and the rights being in Disney’s possession to use on the West Coast. It’s only a matter of time. The question is, when will work start?

Universal Orlando Resort Expansion
I covered this in December: Universal is rumored to have purchased a 450 acre parcel of land near Universal Boulevard (which is adjacent to International Drive) from Sand Lake Road down to Rosen Shingle Creek Resort. There are rumors that say Nintendo and other iconic video game properties will be used to create a third park in this stretch of land. Based on what I’ve heard and my knowledge of Universal Orlando’s schedule, a third park is far down the line.

What’s likely to happen are a slew of shops, dining options and hotels. Wet ’n Wild is set to close at the end of this year and is rumored to become another branch of Universal’s CityWalk. I’ve been told by multiple sources that the eventual goal is to connect all of this land with walkways and a new transit system that’s comparable to Disney World’s Monorail.

With that, I conclude this countdown with a hearty thanks to all the “Attractions Magazine” readers. “The Rumor Queue” wouldn’t be where it is without you. I’m off to unpack my things and spruce up my new tree. Adventure is out there!

HUGE difference between own and control

I read the rumor queue 2016 article but is it true that universal intends on demolishing E.T. If that is the case what Nintendo property is going to be put in its place and what day will the closing be announced?

Opening NintendoLand as a 3rd park at Universal Orlando would be fantastic, & establish the parks as a true week-long destination.

Reply from Fowl for Jade:

Before I reply, I want to make it clear that none of this is official. It’s based on rumor, hearsay, and speculation. It’s not official unless Universal Orlando Resort provides word on it.

Since publishing the column, I’ve received further word that seems to negate the rumors I heard from another source about E.T.’s demise. I’ll be publishing a column in the near future about E.T. and KidZone.

It can go two ways: E.T. remains and its entrance will be moved to Central Park with Nintendo Land taking the rest of KidZone or it’ll be demolished and a Nintendo property will be constructed in the space.

There are two opposing trains of thought about E.T. The first is that it’s an older attraction with antiquated parts and in need of a proper refurbishment, which will be costly. It takes up a large parcel of space that could be used for a brand new concept with a “fresher” property. The second is that E.T. is a staple to Universal Studios Florida and a ride that’s dear to Steven Spielberg, one of the park’s creative consultants. The cost to refurbish it would be worth it and breathe new life into the ride for years to come.

I’ve heard from several sources that KidZone will likely remain open until late 2016 to early 2017, after Halloween Horror Nights 26. This allows Art & Design another year to use the Parade Building, as well as the current queue routes for the Sprung Tent structures, and also gives Universal Creative more time to collaborate with Nintendo and flesh out concepts.

Based on how Universal Orlando has handled attraction closures in the past, I’d expect two to four weeks max notice for KidZone’s closure. I suspect we’ll learn more about the future of the space by the end of 2016.

Tremendous Mario Sunshine for the GameCube mixed Mario’s famous jumping talents
with the use of a powerful water gun mounted on Mario’s again known as the F.L.U.D.D.
Super Mario Galaxy on the Wii despatched Mario hovering
by means of house and integrated a incredible gravitational system.