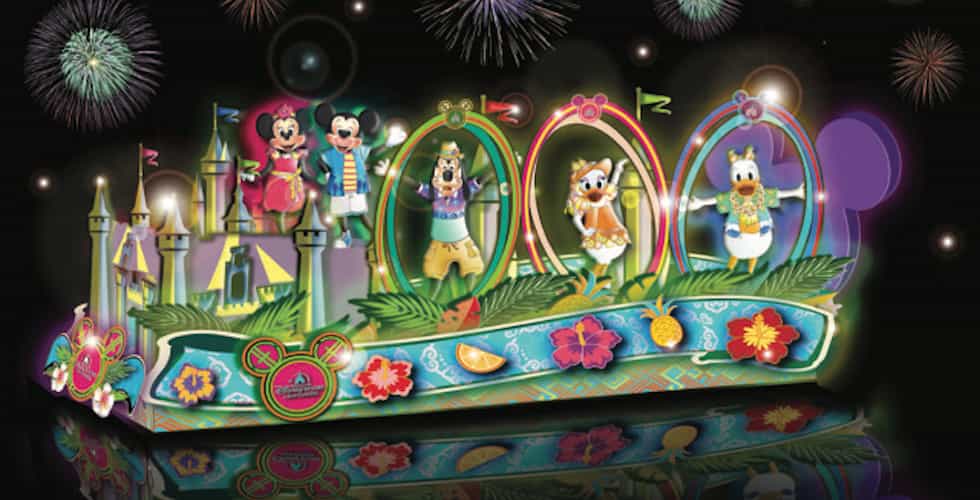 An artist rendering of what the Shanghai Disney Resort parade float will look like.

“Shanghai continues to rapidly develop as a world-class tourism destination and the 2017 Shanghai Tourism Festival is a celebration of all the city as to offer,” said Philippe Gas, General Manager of Shanghai Disney Resort. “We look forward to bringing more unforgettable fun and entertainment to the Shanghai Tourism Festival parade, and to welcome guests from near and far to experience the magic of Shanghai Disney Resort.”

Shanghai Disney Resort made its first appearance in the Shanghai Tourism Parade in 2014, and has been a part of the parade every year since. Their debut float won “Most Popular Float of the Year,” and the resort’s 2015 and 2016 floats have been fan favorites.

Mickey and Minnie Mouse will lead the way on the float in festive vacation-wear as they wave to crowds along the Huai Hai Road route. A Disney castle will be the float’s centerpiece, to represent the iconic Enchanted Storybook Castle in Shanghai Disneyland. Onlookers will get to wave to Donald and Daisy Duck, Chip and Dale, and Goofy on either side of the float.

The float will also be surrounded by two dozen dancers, complete with fun choreography and the new song, “Disney Blast.”

The float will make its debut on Sept. 10, 2017 as it makes its way down the Shanghai Tourism Festival Parade route. After the parade, the float will make local appearances in Shanghai from Sept. 11 through Oct. 6 to share the Disney magic throughout the city.