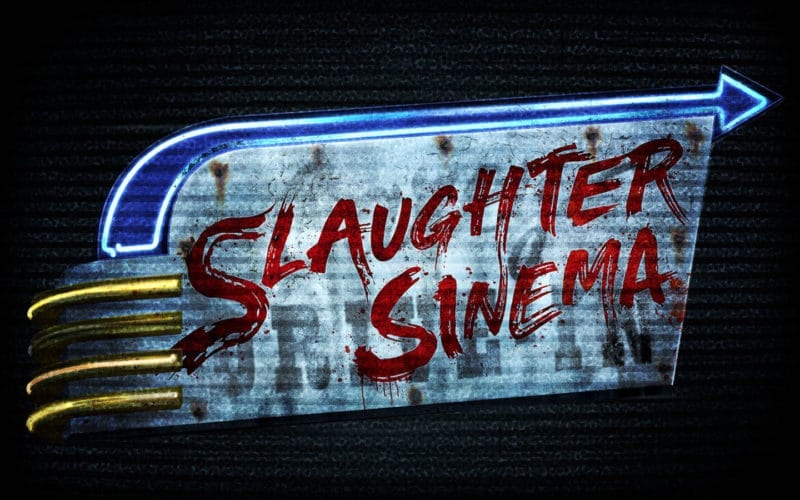 As unveiled today in a blog post by show director Charles Grey, Universal Studios Florida is taking 80s B-movie monsters and creatures and combining them into an original haunted experience called Slaughter Sinema. This new house joins a lineup of 10 walk-through mazes and one live show that have been confirmed for Universal Orlando’s Halloween Horror Nights 28. 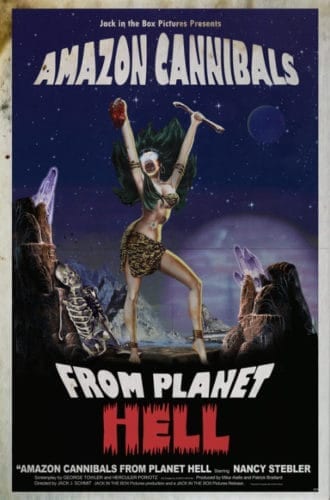 Slaughter Sinema features an original storyline themed around showtime at the local drive-in. As you approach, you’ll see movie trailers of what you’re about to witness, and smell popcorn as you find yourself in a movie theater snack bar, before being thrust into frightening faux films like Pumpkin Guts, Amazon Cannibals from Planet Hell, and Cult of the Beast Baby. 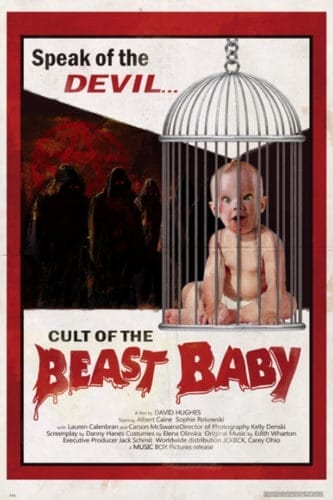 Once inside the Slaughter Sinema attraction, guests will be hunted by werewolf bikers; navigate a bloody, gut-strewn pumpkin patch; and flee from deadly barbers, as they try to avoid becoming the snack of alien cannibals, creatures with tons of teeth, and a ravenous swamp yeti. 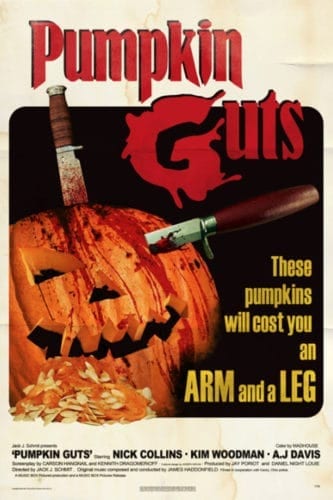 While few specifics are known about the featured fake fright flicks, the credits on the movie posters Universal has released contain some tantalizing easter eggs for longtime Halloween Horror Nights fans, who will spot references to Jack J. Schmit, Albert Caine, and Carey Ohio, alongside the names of event creators Mike Aiello and Patrick Braillard.

Watch this video for Universal’s official preview of the Slaughter Sinema maze: