The construction walls are down at the new Spongebob Storepants in Universal Studios, revealing an immersive retail experience. The store is set to open within the next few days and will feature SpongeBob SquarePants and other characters from TV series. 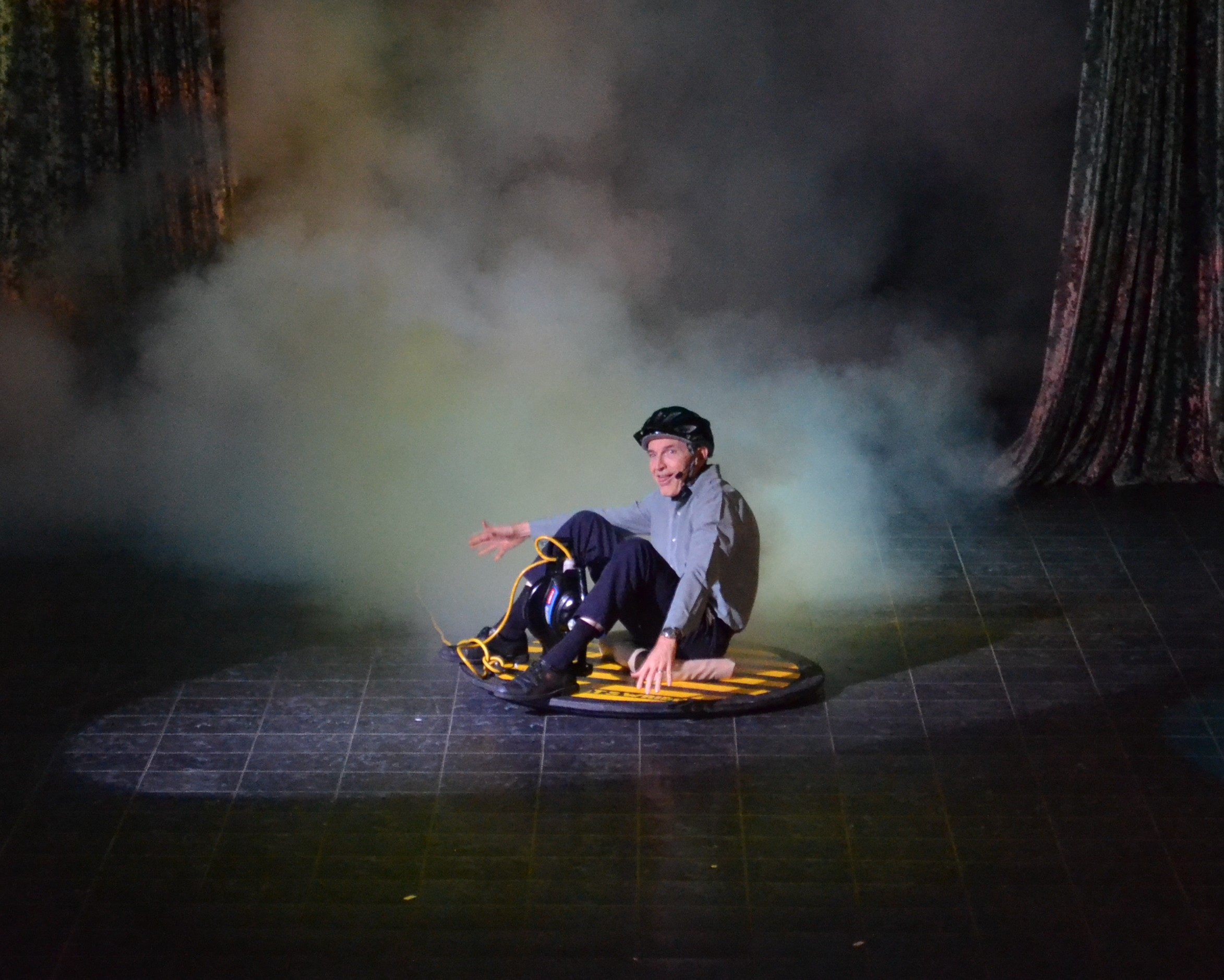 The exterior of the store features a larger than life Spongebob Squarepants sign. 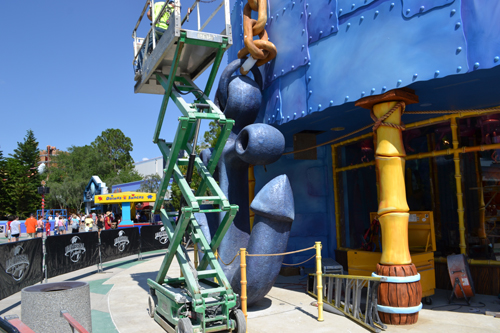 It also features a larger than life anchor. 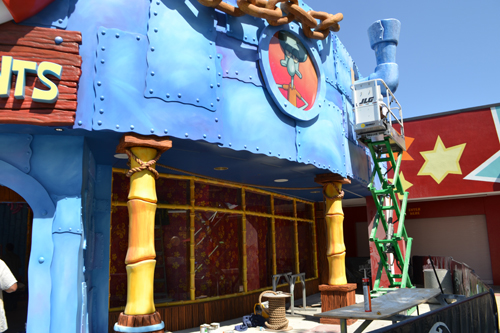 Around the exterior are portholes with some of the more popular characters from the TV show. 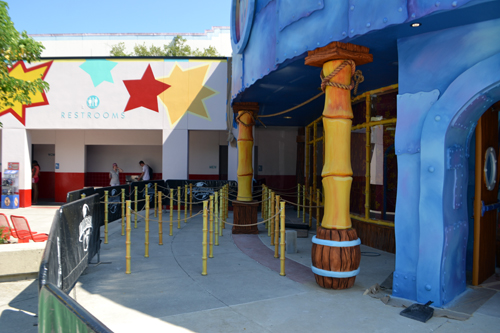 Around the side of the store is a switchback queue which is presumably for a meet and greet inside the store. 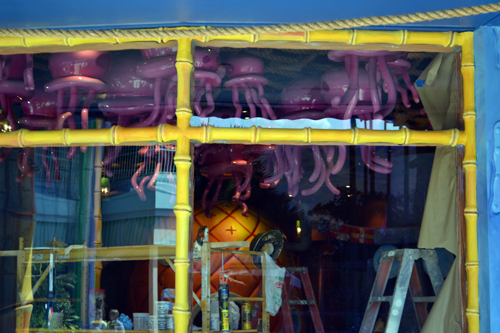 A look inside the store shows lots of nice lighting, jellyfish hanging from the ceiling, projections and more. 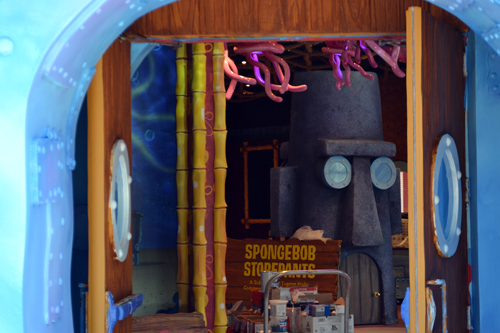 Also inside the store is a life-sized model of Squidward’s house. 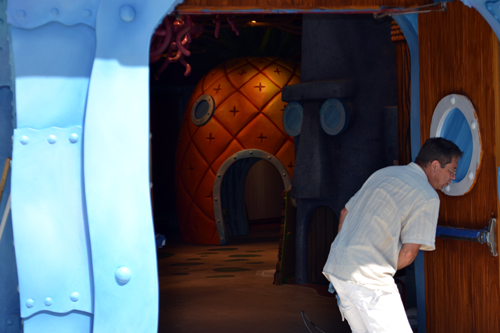 There is also a life-sized model of Spongebob’s pineapple house. 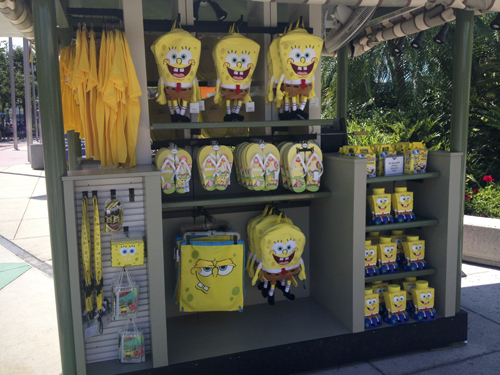 Across from the store there are a few carts featuring merchandise from the TV series. These will probably not stay after the store opens. 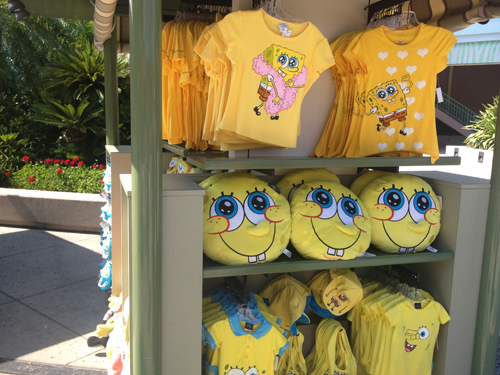 Look to purchase this and more when the new store opens in a few days.

Update: The store is now open. Here’s a look inside: