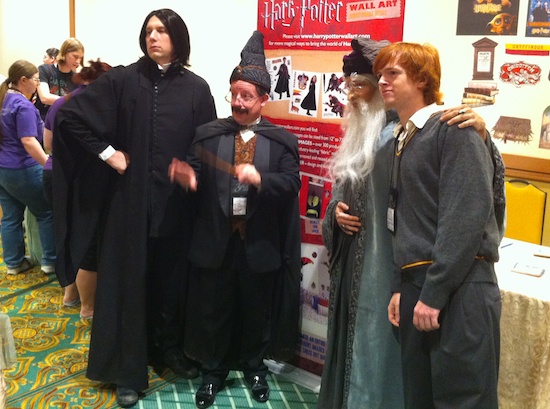 If you love all things Harry Potter then the place to be in July is Ascendio, the follow-up to 2010’s Infinitus at Universal Orlando. They’re planning a full convention with costume experiences, theatrical shows, presentations, YA author readings/signings, meet and greets with Harry Potter film cast members and much more, including a private event in the Wizarding World of Harry Potter on July 12. 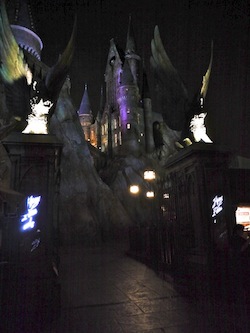 Ascendio takes place July 12 to 15 at Loews Portofino Bay Hotel at Universal Orlando. Joining the fans at Ascendio are two Harry Potter films cast members: Chris Rankin (Percy Weasley) and Afshan Azad (Padma Patil). Attendees will have a chance to ask them about their film experiences and even rub elbows with them at the Night of a Thousand Wizards, the Ascendio event in the Wizarding World of Harry Potter that includes dinner, unlimited Butterbeer and pumpkin juice, and an almost empty, totally Muggle-free Wizarding World until 1 a.m. on July 12. You don’t need to be registered for Ascendio to get a ticket for Night of a Thousand Wizards – tickets are available to the general public, and a ticket will also get guests into the Ascendio Vendor Rooms, Common Room and Art Gallery on Friday.

Fans will enjoy seeing – and being photographed in front of – Hogwarts castle lit up into the wee hours of the morning, gallivanting through Hogsmeade in their favorite Harry Potter (or crossover) costume (a privilege extended exclusively to the event) and zipping through lines for The Forbidden Journey, Dueling Dragons, Ollivander’s and more. Plus everyone can enter for a chance to go on Forbidden Journey or Flight of the Hippogryff with Chris or Afshan, or other fandom and YA notables.

Ascendio has sessions covering a wide variety of topics from Harry and the Law, to Snape’s Redemption, to how Mythology is used in the series. There’s everything from live Quidditch to online games, fanfilm showings, so many crafting and costume events. Or you can join Team StarKid for a showing of “A Very Potter Musical” with live commentary from some members of Team StarKid. Several fanfilms will also be premiering at the con as well.

Since so many Harry Potter fans love to write as well as read, Ascendio is offering a special Quill Track for aspiring writers which includes workshops, panel discussions and even a chance to meet with book agents and publishers; if you’re a budding writer, you can sign up to pitch your completed novel to one of the agents who’re coming down from New York. Come meet numerous successful authors including Lev Grossman (“The Magician King”), Libba Bray (“Beauty Queens”), Beth Revis (“Across the Universe”), Veronica Roth (“Divergent”) and many more.

You have until June 25 to purchase a full registration package, or buy an advance ticket for Night of a Thousand Wizards. After that, one-day passes will be available on site if they’re available. Go to hp2012.org for more information, or check out Ascendio for Newbies.

Rooms at the Portofino Bay Hotel are available at the rate of $210 per night for the whole week of the con. The event website – with loads more information – is at hp2012.org or visit them on Facebook at facebook.com/Ascendio2012. 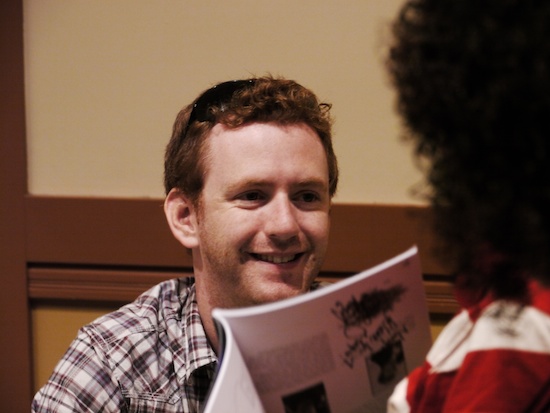 Ripley’s Believe It or Not is bringing...