When hundreds of teams compete in D23’s Great Disney Scavenger Hunt on May 12 and 13, they will be vying for the chance to win a special preview trip on the Disney Fantasy, the fourth vessel in the Disney Cruise Line fleet. END_OF_DOCUMENT_TOKEN_TO_BE_REPLACED

When hundreds of teams compete in D23’s Great Disney Scavenger Hunt on May 12 and 13, they will be vying for the chance to win a special preview trip on the Disney Fantasy, the fourth vessel in the Disney Cruise Line fleet. END_OF_DOCUMENT_TOKEN_TO_BE_REPLACED 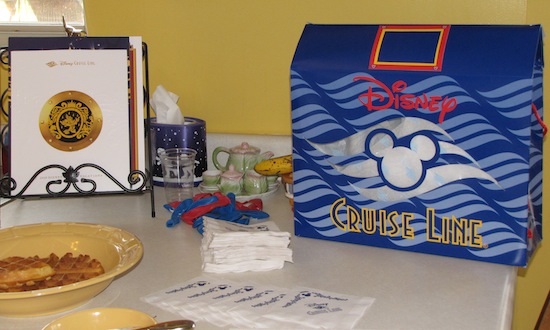 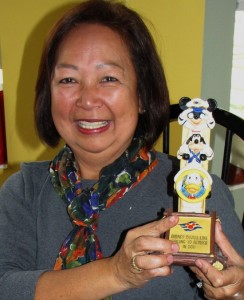 The first I had ever heard of HouseParty.com was on a podcast entitled “TWIT – This Week in Tech” hosted by Leo Laporte. They were discussing how Windows had contracted with HouseParty.com to be the portal by which Windows 7 launch parties would occur. Basically, the idea of the parties was for hosts to invite friends, family and/or colleagues over for a get together – all in the name of Windows 7. The actual party planning was up to the hosts. Party hosts received party supplies like streamers, playing cards, tote bags, and other giveaways from Microsoft. Perhaps the coolest and certainly most monetarily valuable piece of party swag was a Microsoft Executive Steve Ballmer autographed copy of Windows 7.

The idea made me chuckle. I guess I never thought that having people come over to install software would make for a good party. Then, an e-mail appeared in my inbox, “Sign up at HouseParty.com to host a Disney Cruise Line House Party!” All I thought was: I’m in! We took a cruise on the Disney Wonder a few years ago in celebration of my parents’ 40th wedding anniversary. I love to cruise. I love Disney. It was a match made in Heaven! I took a quick online survey and it electronically deemed I was an appropriate candidate to host a party, but official word didn’t come until several weeks later. They did mention some of the things that would be included in the DCL party pack. 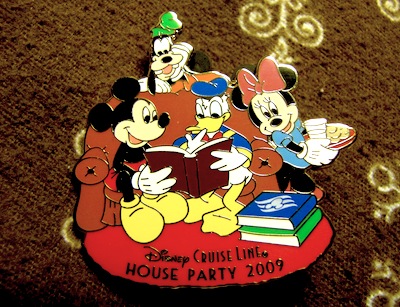 It included luggage tags, assorted party favors, tokens good for chances to win a cruise, and a House Party pin. At the very least, I wanted the pin. I have a tiny pin collection of less than 30 Disney pins. None of them are necessarily unique from a collectors point of view, but they are each special to me.

The parties, over a thousand across the country, were to happen on Nov. 14 or close to it. I received official word that I had been chosen to host a DCL House Party. Hosts were told to register at HouseParty.com. Once I did so, I had access to electronic invitations and social networking associated with DCL and the party. The social networking aspect was like Facebook, Flickr, and YouTube rolled up into one site. Hosts discussed DCL and their party plans, posted pictures and videos of past cruises. The main goal was to drum up excitement for DCL in general and for the house party specifically. 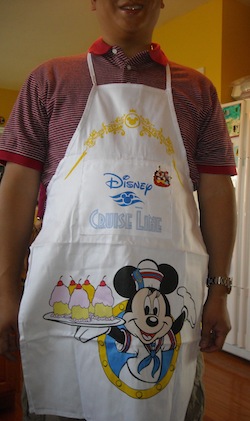 I opted for Sunday brunch and invited mostly family, and I did stick to the recommendation of inviting at least 10 people. In all, 13 guests were in attendance. About a week before, my party supplies arrived. I was surprised by the package’s size and weight. I was even more surprised by the contents. It indeed was a party in a box! It was packed with party favors, gift bags, DCL brochures, DCL DVD, pirate eye patches, pirate bandanas, posters, a yard sign, a cruise banner, my pin, and an eight-inch-tall Disney totem pole. The totem pole was a surprise gift. Its inclusion was a reminder of the addition of Alaska as a cruise destination in 2011.

I must say, as a marketing tool, it worked! We were all swept up in Disney Cruise Line excitement. We played the DVD in the background. We played DCL trivia and gave away prizes – including the totem pole. Game suggestions were on the Web site too. We talked about our past experiences on the Disney Wonder. We dreamed of taking a cruise on the upcoming Disney Dream. Dad said he’d never get on the water slide. whose path takes riders directly over the ocean. We had our computer out so people could redeem their party tokens for chances to win a Disney cruise.

After the party, hosts were reminded to go back to the Web site to share their party experiences by posting comments, pictures and videos. I don’t think any of my guests or myself have booked a Disney Cruise, but at the very least, the cruise line is most definitely on our radar.

Sandusky, Ohio/Allentown, Pennsylvania – After Cedar Point’s Halloween event completed, disassembly of the classic free-fall ride The Demon Drop commenced. It was announced that the ride would be making a cross-country trek to sister park Knott’s Berry Farm just outside of Los Angeles. This was an official announcement, not rumor. Last week however, for undisclosed reasons, the trip was shortened considerably. The Demon Drop’s new home will instead be Dorney Park in Allentown, Penn. The means that Knott’s Berry Farm will not get a new ride in 2010. The ride will not be ready at season’s open, but closer to the July 4 holiday. 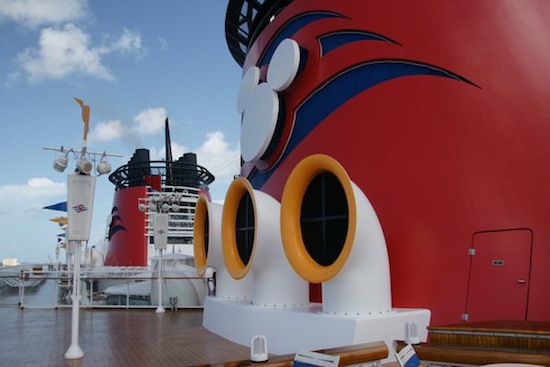 While Mickey Mouse has grown to be one of the twentieth century’s most recognizable icons, it is often forgotten that the first appearance of the character was at the helm of a riverboat in Steamboat Willie. So it’s not surprising that Mickey has stowed away on the Disney Cruise ships – in over one hundred places.

Steve Barrett, the author of the popular Hidden Mickeys series of books, has taken his quest for the mischievous mouse out to sea: Yes, it appears that Disney’s ships are nearly as packed with images of Mickey as Walt Disney World and Disneyland Resorts. Barrett’s newest book, “Hidden Mickeys Go to Sea: A Field Guide to the Disney Cruise Line’s Best Kept Secrets” (The Intrepid Traveler, $6.95), leads cruise passengers to the hiding places.

“I believe that most of the Hidden Mickeys on the Disney cruise ships were present from the initial ship construction,” said Barrett. “Some of these images are probably accidental, especially some of the classic, three-circle images, but others (such as the large classic Mickey on the bow of each ship) are purposeful. Disney often adds new images when ship areas are refurbished.”

“Hidden Mickeys Go to Sea” is Barrett’s third field guide to the phenomenon. The first, “Hidden Mickeys: A Field Guide to Walt Disney World’s Best Kept Secrets,” came out in 2003. Barrett followed it with “Disneyland’s Hidden Mickeys” in 2007 and both guides have just come out in new editions.

The cruise ships are a different sort of experience from the theme parks, and this difference also applies to the experience of looking for Hidden Mickeys. Barrett notes, “One difference that’s helpful to the Hidden Mickey hunter is that the scavenger hunts on the ships and Castaway Cay can be accomplished leisurely. The cruise ship Hidden Mickeys can be located at the guest’s personal pace. Take as much time as you want on the ships and the island; there’s no rush to find Mickey! You’re not in line or on a ride.”

While Barrett may be the best known expert on Hidden Mickeys, he doesn’t do his work alone. The book, like the others in the series, acknowledges everyone who contributed their shipboard findings to his Web site, HiddenMickeysGuide.com.

“Hidden Mickeys Go to Sea” is available in bookstores nationwide, from online bookstores, or by visiting IntrepidTraveler.com. Disney is expected to also have them available for purchase in the cruise ship gift shops.