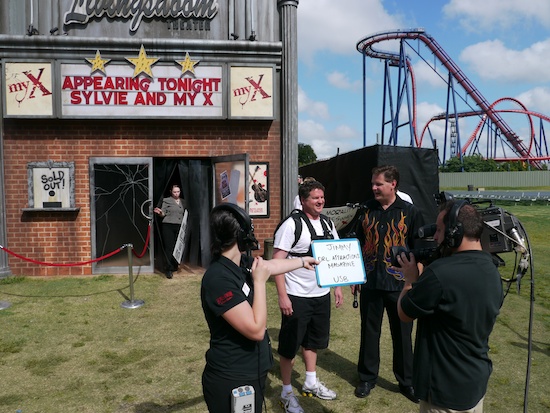 Even though he put on a brave face and said he wouldn’t be scared, Orlando Attractions Magazine staff member Jimmy Strater didn’t know what he was in for. Again this Halloween season Busch Gardens offered to strap the ScreamCam onto one of us for a trip through a new haunted house.

Jimmy was able to walk through just part of the “MyX: Revenge Rocks” signature house for Howl-O-Scream 2010. Then after making it through, he had to deal with Sylvie, lead singer of the killer band MyX.

Click Here for Howl-O-Scream Insider’s YouTube channel to watch a four-part “Behind the Band” series, which will tell you the story of Sylvie and you’ll know why Jimmy was protective of his fingers. 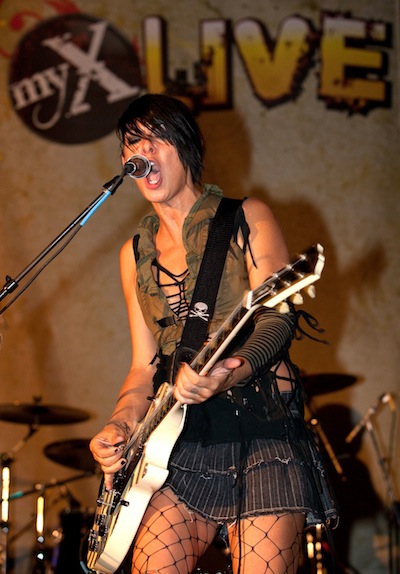 Here are some pictures and a video provided by Busch Gardens showing some extremely scared guests visiting some of the eight haunted houses at Howl-O-Scream.

Inside the haunted houses of Howl-O-Scream 2010 including Alone and MyX: Revenge Rocks 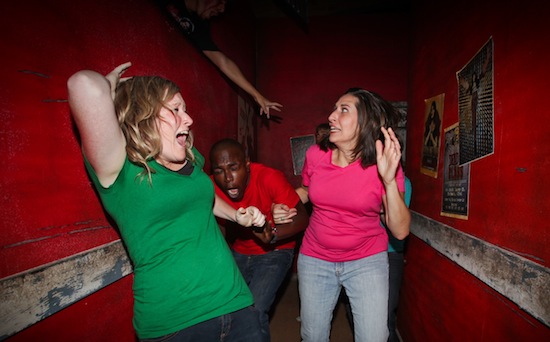 MyX: Revenge Rocks
MyX is the hottest underground band in town, and its devoted fans are dying to meet Sylvie and her killer group. After sneaking backstage and discovering the disturbing truth behind the cruel lyrics, the quest to “get in with the band” quickly changes to a life-or-death race to get out. 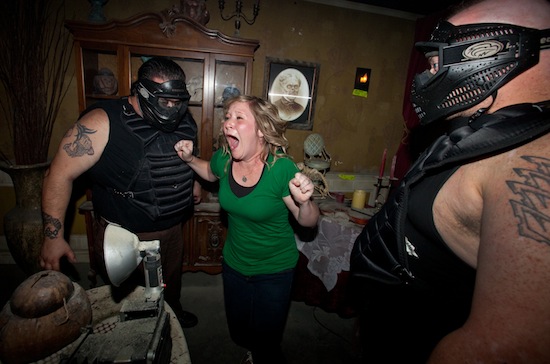 Alone
New this year is the Alone house. Dare to enter the deranged Master Alexander Daedalus’ Minotaur Storage, where he houses his vast collection of “cultural” remains. But now his sinister obsession with hoarding has expanded to stockpiling people. Escape this lunatic’s labyrinth or become part of his collection. Admission is $24.95 in advance at MyXRocks.com. Howl-O-Scream admission is required, but not included. If you make it through alone, you’ll get a T-shirt to prove it. 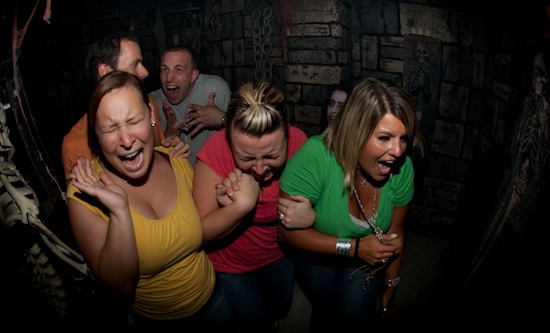 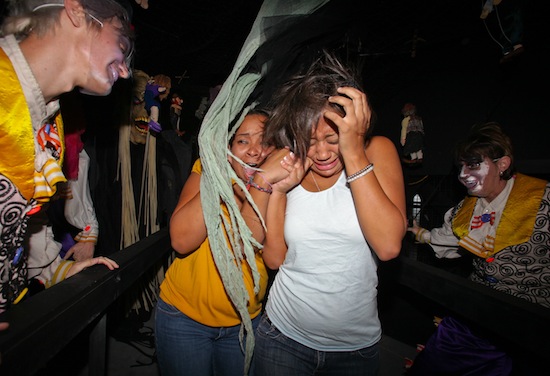 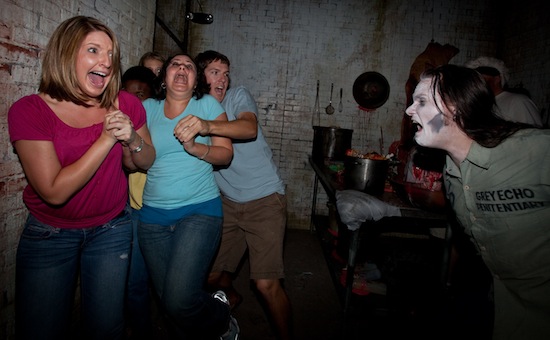 Death Row Vengeance: No Escape
The inmates at Grey Echo Penitentiary are slated for execution, and they blame you. With their last breath, they curse those who do nothing to save them from the electric chair or lethal injection and vow to haunt those who watched them suffer. Attempt to make it out alive when they come back to make good on their dying promise.

Other houses include:
Deconstruction: The Doctor is Out of Control
Taste of Blood: A Different Vein
Trapped in the Walls: Ghostchasers

Howl-O-Scream also offers five new scare zones and three shows. Click Here for a full description of each house, scare zone and show. The event kicks off on Friday, Sept. 24, 2010 and runs select nights through Halloween.

Photos and video from opening night of Halloween Horror Nights 20

Well at least we know what happened to jimmy if he doesn’t do any videos for a while… lucky! lol

Great videos. It sounds like the Howl-O-Scream houses have some really fun premises and plots going on. I love the idea of an archaeological collector gone bonkers.