Test Track designs and concept art released – Plus a Q&A

As part of this morning’s “What’s New, What’s Next” presentation at Walt Disney World, Imagineers revealed a closer look at the new design that is coming to the updated version of Test Track. The new design will be presented by Chevrolett. 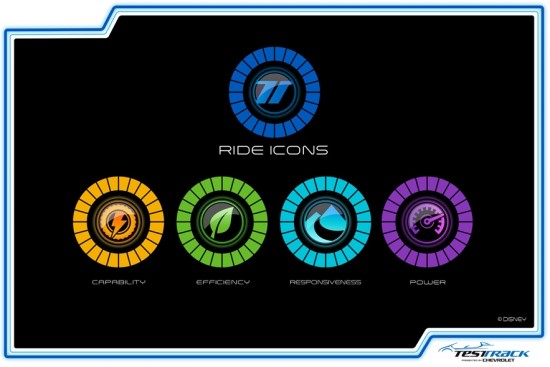 The new experiences in Test Track will begin in an interactive queue, filled with touch screens and displays that will allow guests to design their own vehicles based on four ride icons: capability, efficiency, responsiveness, and power. Guests selections will then be will be saved onto a card that guests will be handed, carrying with them onto the ride. 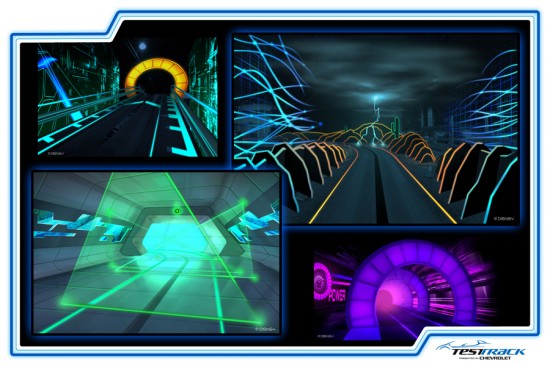 The above renderings show a look that many have compared to “Disney’s Tron” films. Remember, the ride’s thrills and track layout will not change, only the thematic elements surrounding it. They definitely give a more futuristic look.

When complete, the reimagining of this attraction will allow guests to design their own custom concept vehicle, and then put it through its paces on the exhilarating hills and switchbacks of the Test Track circuit.

In the post-show, guests can make a TV commercial featuring their concept car or truck, race their car or truck on a virtual track and take a picture with their custom concept vehicle.

Check out our interview with Imagineer Trevor Bryant, show producer for the new Test Track Presented by Chevrolet. We asked him about the changes and what will stay the same, as well as the pre and post show areas.

The attraction is currently scheduled to reopen late fall.

Shanghai Disneyland has its first expansion with Tron...

Now Open: Test Track at Epcot has been...

Should Star Wars: Galaxy’s Edge have a...