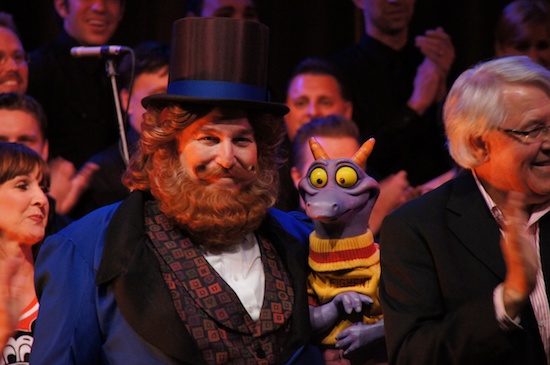 Dreamfinder, the bearded man who carried a little purple dragon called Figment around the Imangination Pavilion at Epcot for 15 years, made a return tonight. But fans of the red-headed man with a big imagination shouldn’t get too excited. His return was for one night only.

D23, the official Disney fan club, held a two-day event at Disney’s Contemporary Resort called Destination D, to celebrate Walt Disney World’s 40th anniversary. To end the celebration, Disney songwriting legend Richard Sherman performed many of his most famous songs from Disney movies and theme park attractions. One of those songs is One Little Spark, the theme song to the original Journey into Imagination ride at Epcot.

As the song played and an old Dreamfinder video appeared on-screen, the hundreds of fans in attendance were shocked to see the actual Dreamfinder come onstage carrying Figment. Dreamfinder then led the audience in singing One Little Spark.

• Be sure to pick up a copy of the upcoming Summer 2011 issue of Orlando Attractions Magazine for an interview with the man behind the Dreamfinder. 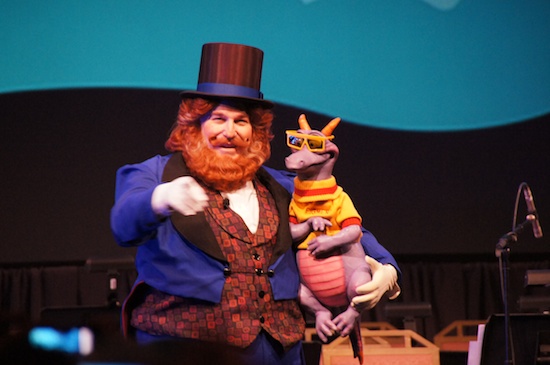 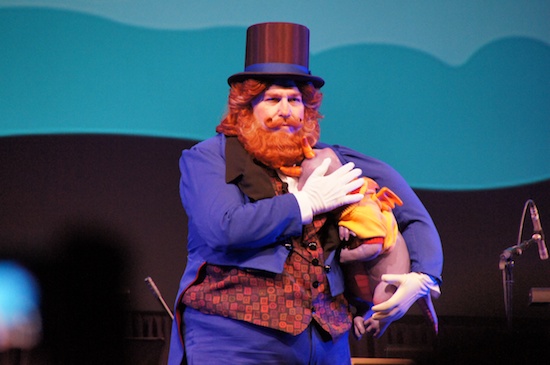 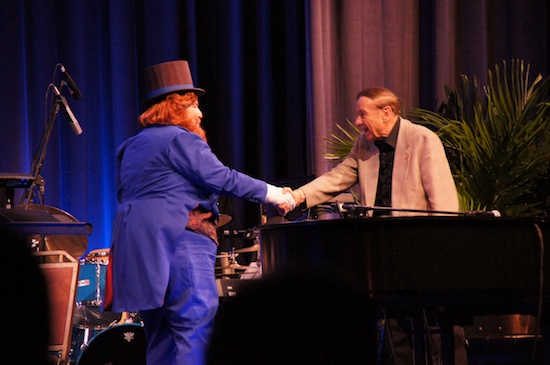 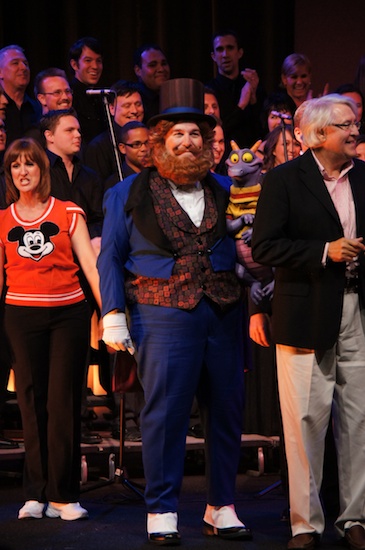 The guy playing Dreamfinder looks genuinely pleased, as if he got a much warmer reception than what he was expecting.

Presumably Disney are testing out the fans’ reaction, to see if there really is a demand for Dreamfinder to return permanently.

Dreamfinder has probably been a little depressed, don’t cha think?