Theater Review: ‘Who’s Holiday’ is a hilarious good time, ‘not’ for the whole family

T’was the night before Christmas, and all through the house, not a creature was stirring… because grown-up Cindy-Lou Who prefers her drinks shaken. 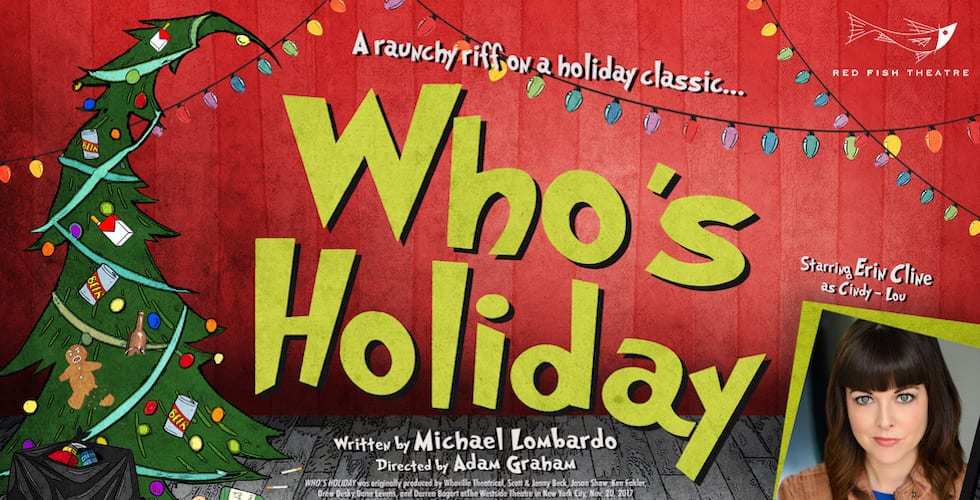 This grown-up take on the holiday classic is definitely not for kids. 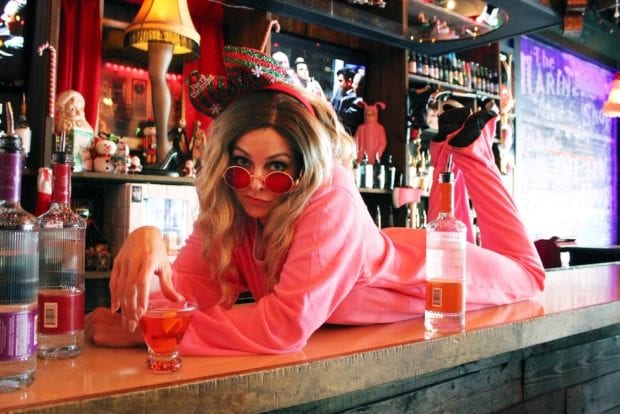 Directed by Adam Graham, “Who’s Holiday” follows a much older (and wiser and sadder) Cindy-Lou Who as she prepares her trailer park home for the evening’s Christmas party. Over the course of an hour, Cindy-Lou recounts her life since we last saw her at two years old, her rocky relationship with The Grinch, her run-ins with the law, and everything in between.

Needless to say, it hasn’t been going well, and Cindy-Lou isn’t afraid to tell you exactly why. The adult nature of this show cannot be over emphasized, so leave the little ones at home. This is a performance just for mom and dad.

Being a one woman show, “Who’s Holiday” lives and dies on the abilities of its lead actress, and Cline is more than up to the task. Never letting her energy dip for a second, Erin shows off her impressive acting chops, shifting between Cindy-Lou’s cheerful optimism for her upcoming party and the crushing despair of a life gone wrong without missing a beat. 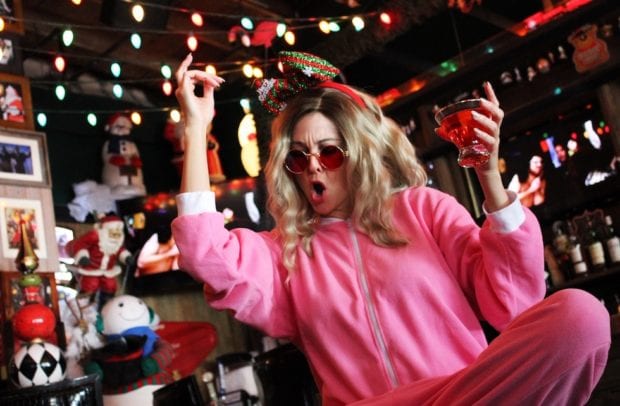 This is not to say that the show is a depressing affair, as the laughs come hard and fast. The many belly laughs of the show come equally from the script’s witty writing, Graham’s able directing, and Cline’s powerhouse performance. Not only does she manage to take the audience with her between laughter and heartache, she does it all while speaking in the rhyming couplet pattern of Dr. Seuss’ original material.

If there was one complaint for the evening, it was with the technical limitations of the Footlight Theater where the show is being performed. During one particular section, Cline picks up a microphone to treat us all to a vocal performance. Unfortunately, due to the sound system in the theater, this part was very muffled and difficult to understand. This was a shame, because Cline’s clear and projected voice was easy enough to understand without a microphone for the rest of the show. I would have loved to hear this section more clearly.

This small quibble aside, “Who’s Holiday” is a wonderful show that leaves the audience laughing, clapping, and maybe just a bit misty eyed.

“Who’s Holiday” runs Dec. 4-5, and 11-12 at 8 p.m. at The Footlight Theatre in The Parliament House. For more information and to reserve your ticket, visit WhosHoliday.eventbrite.com.

Celebrate the holidays every day with Busch...