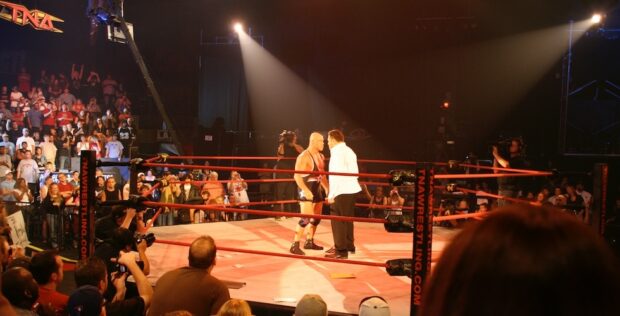 After stopping all their television tapings at Universal Orlando earlier this year, TNA Wrestling will be returning in November with new shows and a new 24/7 social experience.

With “Where Action Never Ends,” fans will see live content infused into Impact Live on Spike TV every Thursday from 9-11 p.m. For the rest of the week until the next show, they will also have the chance to see many of the wrestlers they love and storylines they follow unfold as this exclusive content filmed during the week will be presented online at impactwrestling.com, and on social channels including YouTube, Twitter, Facebook and Instagram.

Universal Orlando will serve as the hub for TNA’s programming strategy with shows primarily taping at their location, along with some Impact shows that will be filmed on the road from different markets. The first Impact show scheduled from Orlando will air live on Nov. 21.

“Bringing live events to our fans across the globe will remain a vital element of TNA’s business,” said TNA President Dixie Carter. “However, our renewed focus, as it relates to our television programming, will shift from live event touring to 24/7 show content, so that fans can really get to know our talent. And, in making Orlando’s Universal Studios our programming hub, we have the powerful combination of state-of-the art production facilities and incredible soundstages that will make it easier for us to launch this new production-intensive initiative. We will also be working with Universal to develop new and creative ways for park guests and fans from around the world to experience a unique TNA attraction.”