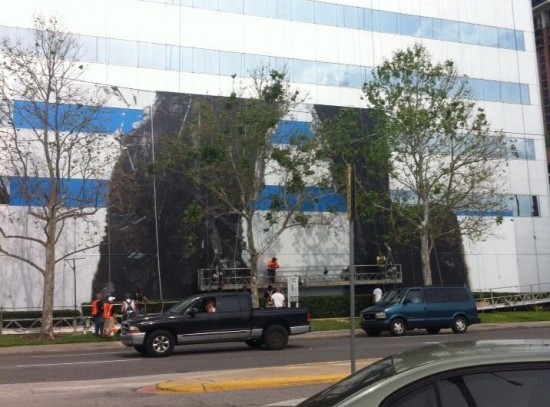 Transformers are coming to Universal Orlando very soon, but first they are making a stop in Downtown Orlando.

According to a letter that Twitter user @PlazaAndMainSt received, the Fairwinds Credit Union tower located at 135 W Central is helping out with “an EXCITING announcement from one of Orlando’s major theme parks.”

The project is to be completed by Friday morning, which judging by the progress from the picture provided to us at the top of the post, it’s beginning to resemble the same type of promotional stunt Universal pulled off at the Staples Center in Los Angeles last Summer to promote the opening of Transformers: The Ride 3-D at their Hollywood park.

Here’s a look at a commercial shoot by the sign at the Staples Center:

UPDATE #1 (5/1/13): Universal Orlando has released a teaser video of a Transformer in Downtown Orlando:

Can you believe what happened in Downtown Orlando?!

UPDATE #2 (5/1/13): Universal tweeted that the announcement of the grand opening of Transformers will be tomorrow, May 2. Stay tuned right here and on our Facebook & Twitter for full details. 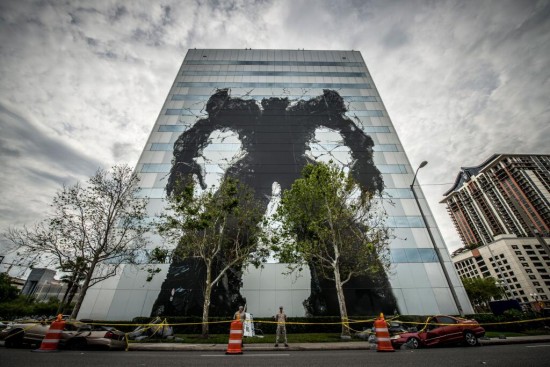 The Festival of Chocolate to become an...