Guests can let the good times roll at Universal Orlando Resort, as they’ve announced the concert headliners that will perform at the 2019 Mardi Gras celebration! 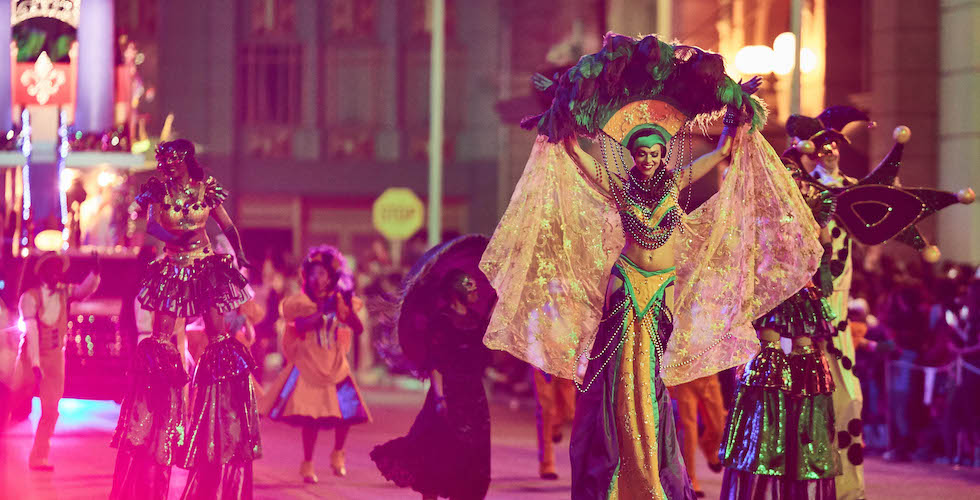 The concert lineup for Universal Orlando’s 2019 Mardi Gras celebration has been revealed!

Running daily from Feb. 9 – April 4, this Big Easy bash will feature authentic Cajun-style eats, a nightly parade, and live concerts on select nights. This year’s lineup includes the return of Grammy award-winning rapper, Macklemore, plus Pitbull, country duo Dan + Shay, and Latin superstar Becky G. You can check out the full lineup below:

This year’s nighttime parade will feature a party animal theme, and include six new floats featuring animals from the arctic, jungle, ocean, and more.

Also new for this year is that all food and beverage items will be served as a tasting size, allowing guests to try a variety of classic New Orleans dishes throughout the night, including gumbo, jambalaya, po boys, and more. In addition, new menu items will be available, including frog legs, crab étouffée, and craft beer flights featuring regional brews from Louisiana.