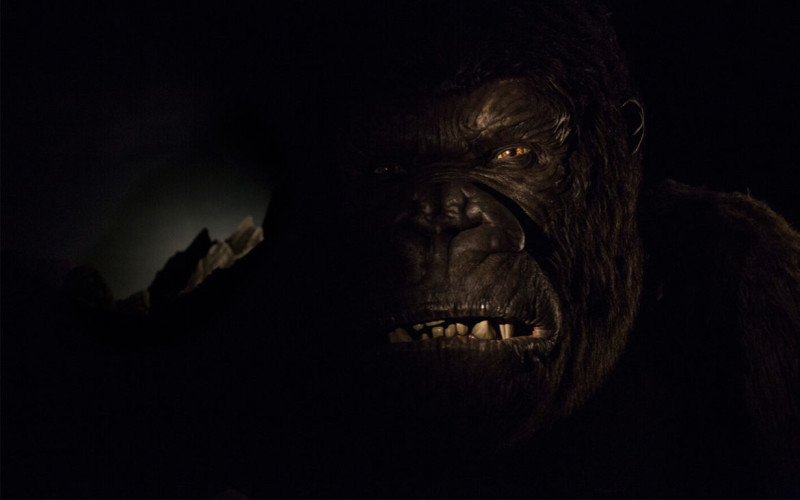 The debut of Islands of Adventure’s newest attraction is swiftly approaching, and Universal Orlando is making fans quake with anticipation by unveiling the first footage of Skull Island’s impressive King Kong animatronic.

When Skull Island: Reign of Kong opens at Universal’s Islands of Adventure later this summer, riders will face off against giant bugs, bats, and dinosaurs, represented by both physical figures and 3-D projections. But the finale of the new ride will be a face-to-face encounter with an enormous King Kong animatronic. Fans have been speculating for months what the robotic figure would look like, and now Universal has provided our first glimpse of the big guy himself, in this new video featuring creative designer Mike West:

The Making of Skull Island: Reign of Kong - The Encounter

In addition, Universal Orlando’s official blog has posted some new statistics on Kong, showing that the monkey monarch will measure nearly 30 feet tall and 18 feet wide. 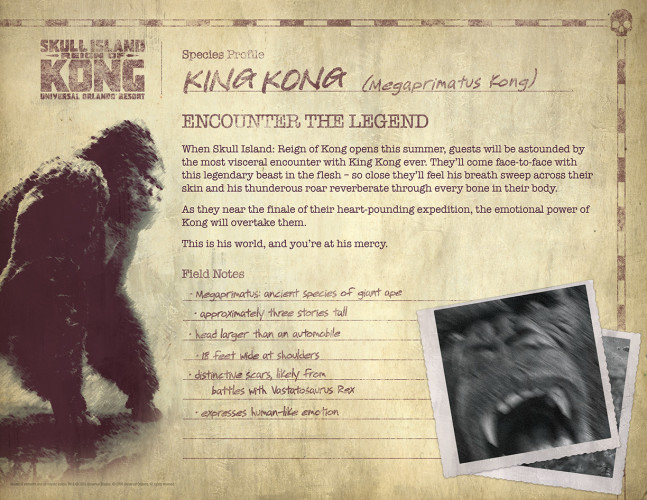 Soft-openings (or technical rehearsals) at Skull Island: Reign of Kong could commence in the next few weeks, so keep an eye here for more information on the new attraction as it becomes available. In the meantime, check out our previous reports on the vehicles and creatures you’ll soon find inside Skull Island.