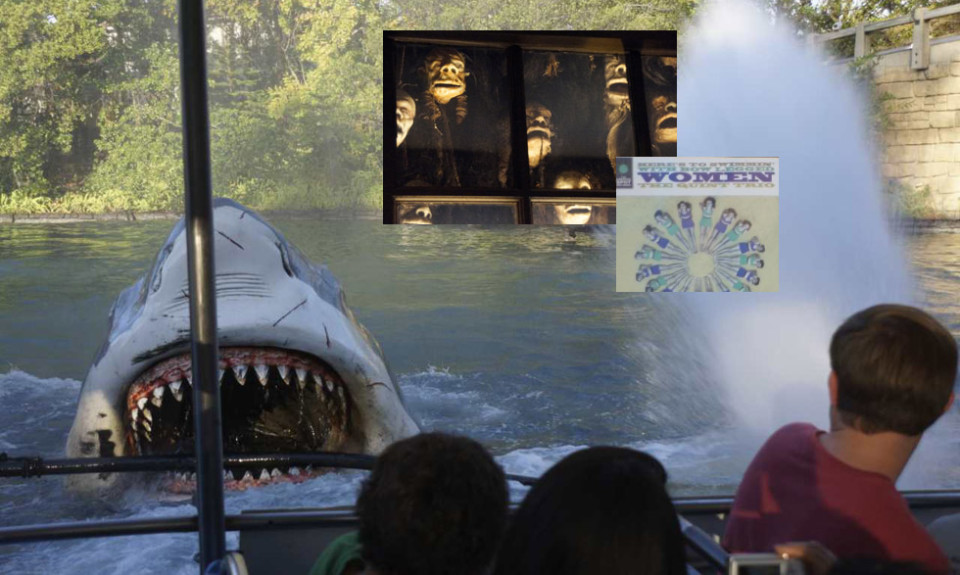 Jaws and other retired attractions are now honored on a new official Universal Orlando webpage.

If you miss Jaws, Back to the Future, and other blockbuster rides from the early days of Universal Studios Florida, head over to Universal Orlando’s website to see their new page paying tribute to the resort’s retired attractions.

Universal Orlando’s official website recently debuted a new page headlined “Remember When?” which honors retired attractions from the park’s earlier days. Featured rides listed on the webpage include classic names like Jaws, Back to the Future, and Kongfrontation, along with more recently extinguished attractions like Twister, Disaster, and even the Lucille Ball tribute. Each entry includes an image, along with trivia and pointers to remnants of the former favorites that can still be found around the parks.

Here are a few more fun facts about these retired attractions that Universal didn’t include on their new webpage:

Jaws: Additional references to Amity Island around Diagon Alley include the shrunken heads in Nocturne Alley, which sing “Show Me The Way To Go Home”; a shark’s jaw hanging in the window of Mr. Mulpepper’s Apothecary; and a telescope built from former boat parts in Wiseacres.

Back to the Future: An animated Doc Brown (voiced by Christopher Lloyd) appears in the outdoor queue video of The Simpsons Ride, explaining how he lost his Institute to Krusty the Clown.

Finally if you really miss Twister or Disaster, pieces of those attractions can be found for sale inside the Williams of Hollywood shop next to Mel’s Drive-In.

Of course, true old-school Universal fans will recognize that some retired attractions were left off the list, including The Funtastic World of Hanna-Barbera (now Despicable Me Minion Mayhem), Alfred Hitchcock (now Shrek 4-D), Murder She Wrote (now Transformers: The Ride 3-D), and Ghostbusters (soon to be Jimmy Fallon).

Here are some ride-through videos of retired attractions at Universal Orlando to help you relive the good old days:

Nostalgic Airbnbs in Dallas, Texas give you a...

Universal Studios Japan toys will be available at...

‘The Horrors of Blumhouse’ return with new...