A new passholder-exclusive lounge, presented by Coca-Cola, is now open at Universal Studios Florida for a limited time. 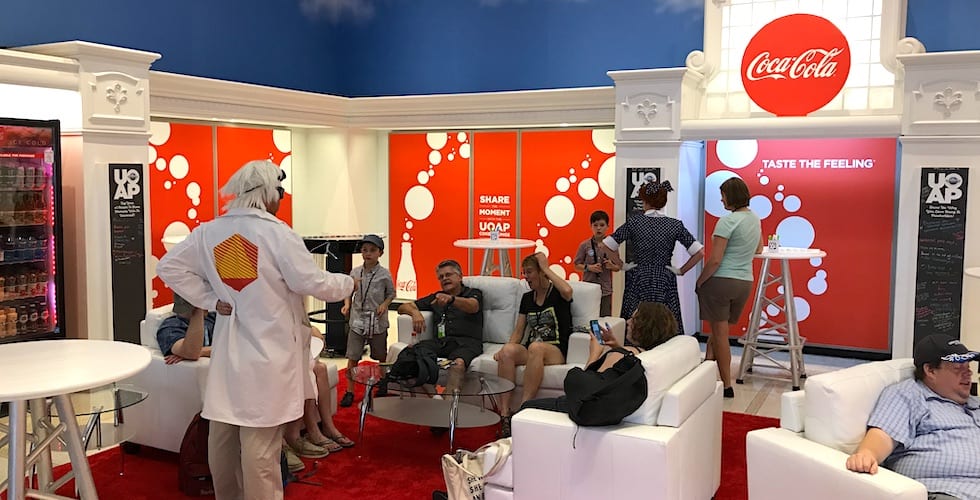 The new UOAP lounge is now open for a limited time at USF.

UPDATE – 01/17/19: As of today, Universal Orlando has extended the run for this UOAP exclusive lounge! Guests can enjoy this relaxing space until March 31, 2019.

The UOAP Lounge presented by Coca-Cola has been extended until March 31.

With just a flash of your UOAP, you can relax in style in the A/C with an ice-cold Coke. The new UOAP lounge has plenty of amenities, like: 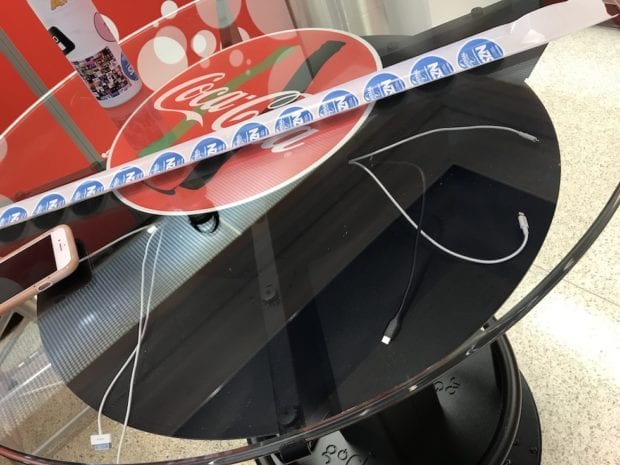 Don’t sweat it if your phone battery is low! Just swing by the lounge and charge up with the provided charging stations. 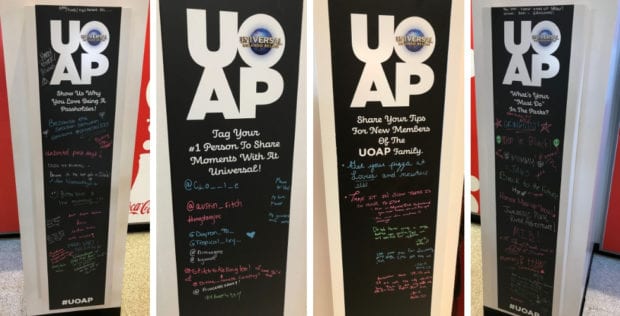 Share your UOAP pride by writing on these message boards found inside the new lounge. With prompts like “What’s your “must do” in the parks?” and “Share your tips for new members of the UOAP family,” it’s a great way to get to know your fellow annual passholders. 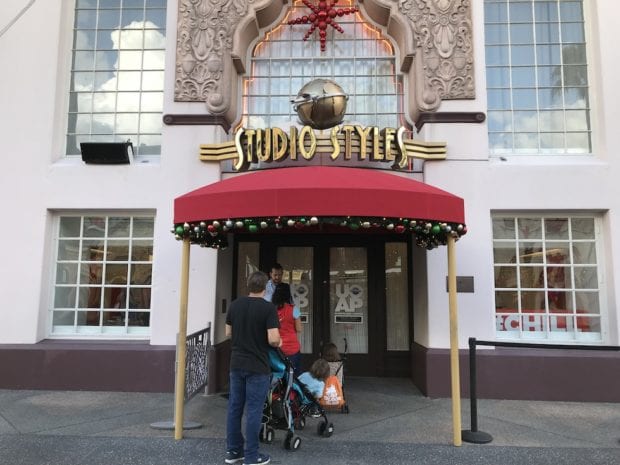 The lounge will be open and available to annual passholders now through Jan. 31, 2019. The lounge’s operating hours are 11 a.m. – 4 p.m. daily, and can be found on Hollywood Boulevard in Universal Studios Florida, near Schwab’s Pharmacy. 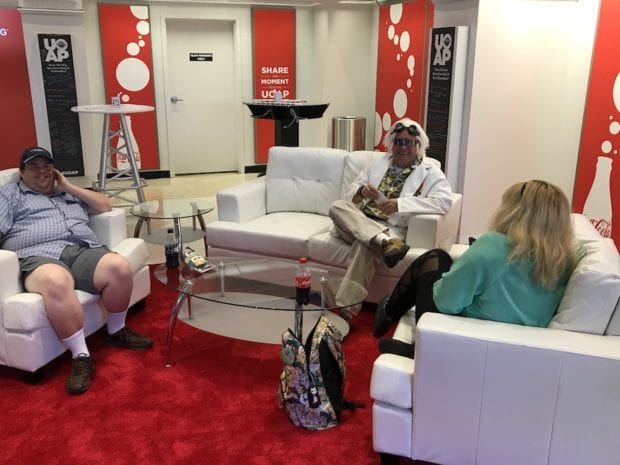 Hey, is that Doc Brown?

The UOAP Lounge is only open to passholders, and does have limited capacity on how many can hang out inside. Occasionally, you might get a visit or two from Universal Orlando’s colorful cast of characters.

Guests can share their experience inside the UOAP lounge using the hashtag #UOAP on social media, as well as the official Snapchat geofilter.

To learn more about other UOAP offerings at Universal Orlando Resort, visit UniversalOrlando.com.

Thumbs down, Coca Cola! You have to BUY the Coke at the lounge?!?!?! American Express Lounge has free water,.granola bars and potato chips. Come on, surely you can do better!!