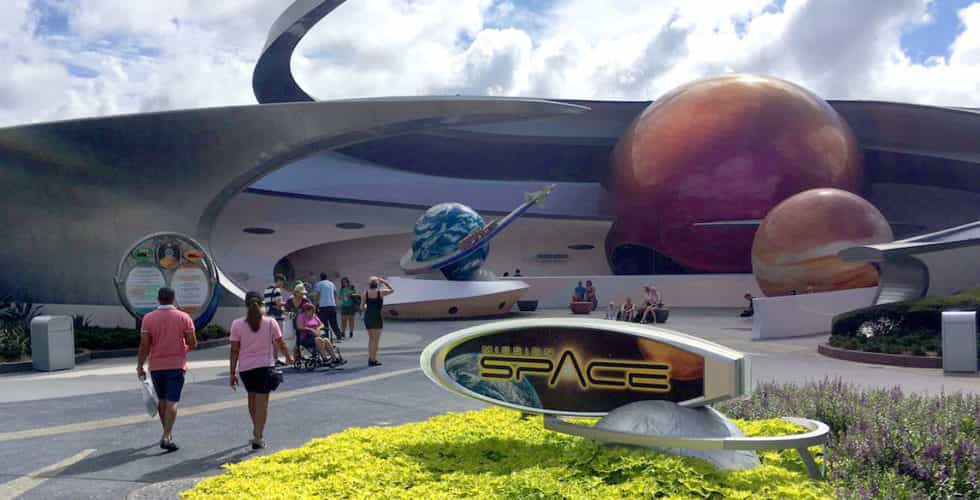 After two months of updates and renovations, the Mission: Space attraction at Epcot reopened today with an all new adventure. The official opening is this Sunday, Aug. 13, 2017.

Revealed at D23 Expo, the new Mission: Space has enhancements to the orange mission’s visuals, a new mission for the green side, and brand new pre-shows.

The Earth mission is a brand new adventure available only on the green, less intense side of the attraction. It takes you on an orbit around planet earth via the Kennedy Space Center.

The Mars mission is relatively the same and is offered only on the orange, more intense side of the attraction. The visuals were updated in a big way by Industrial Light & Magic. They are the same group that does the visuals for the Star Wars films and the upcoming Secrets of the Empire attraction coming to Disney Springs.

Along with the new missions comes a new pre-show, hosted by actress Gina Torres instead of the old host, actor Gary Sinise.

New restaurant themed to space will open adjacent to Mission: Space in the future.

Updates will continue to come to the Mission: Space area with a new full service restaurant being constructed in the near future.

What to watch on Disney+ during social...